We in Britain believe guns are so dangerous that only criminals should be allowed to have them. If you think this sounds unhinged, you are quite right. But, crazed as it is, such is the thinking behind this country's current law on firearms.

It is almost impossible for a law-abiding person to obtain or keep a gun, thanks to severe laws diligently enforced by a stern police force. Yet criminals, who care nothing for laws, can and do easily obtain guns and ammunition - which they use with increasing frequency.

People in this country get emotional about guns but refuse to think about them. They run, squawking, from the subject as though it were perfectly obvious that the best response to anything that goes 'bang' is to ban it.

Those who own or keep guns are treated as only slightly less repellent than child molesters. In a perfect example of this silly frenzy, a Doncaster college lecturer was sacked last January for allowing a student to bring a toy plastic gun into class for use in a photography project.

If we ever did think about the subject, we should realise that something very strange indeed was going on and might begin to worry that we have gone seriously wrong.

I have never owned a gun and hope I never have to...

Take a deep breath and consider what follows: I have never owned a gun and hope I never have to, but I want to have the right to do so if I wish - and the right to use a gun in defence of myself and my home. In fact, I do not think that I am a free citizen unless I have these rights.

This is not some wild idea imported from the badlands of North America. Until very recently, these were my rights under the ancient laws of England.

Moreover, we were all actually obliged by law to keep weapons at home so that we could help the authorities in the fight against crime.

Attempts to limit gun ownership in this country are very recent indeed. As late as 1909, when the police came under fire from a foreign anarchist gang in Tottenham, North London, they borrowed guns from the citizenry and appealed to members of the public to help them shoot back at the gang leaders.

And readers of the Sherlock Holmes stories, set around the same time, will have noticed that he and his assistant Dr Watson frequently go out on their expeditions armed with at least one revolver. The gun laws of Victorian England make modern-day Texas look effeminate.

Yet, though these stories are still widely read, almost nobody stops to wonder why what was legal in peaceful, well-ordered Edwardian London should be so illegal now. How and why is it that this freedom has been so abruptly and totally withdrawn?

One thing is for certain. It is not because tighter gun laws mean less gun crime. The more fiercely we have restricted private gun ownership in this country over the past century, the more armed crime there has been and the more the police have had to strap on holsters.

...criminals feel safer and more powerful when they know they are not likely to face any armed resistance.

What should we learn from this? First, that criminals feel safer and more powerful when they know they are not likely to face any armed resistance.

That was certainly the view of Sammy 'The Bull' Gravano, an American Mafia turncoat who told Vanity Fair in 1999: 'Gun control? It's the best thing you can do for crooks and gangsters. I want you to have nothing. If I'm a bad guy, I'm always going to have a gun.'

His view has been backed up by American author John Lott, who found that many types of crime fell sharply in districts where law-abiding citizens were allowed to carry concealed weapons.

This was especially helpful to women, because the chance that they might have a gun in their handbags transformed them from being easy victims to tough propositions.

This practical form of sex equality is one of the things that does not compute in the world of the politically correct. Whoever heard of a British feminist with a gun? Can you imagine Germaine Greer keeping a revolver in her bedside table? Even so, what Lott says is undeniably true.

People who imagine that widespread gun ownership would turn quiet English towns into Dodge City tend to ignore the fact that guns in the hands of responsible people are a deterrent that is most unlikely to be used but which alters the behaviour of criminals.

One astonishing statistic shows just what a deterrent they can be. In Britain, roughly half of all burglaries take place while the householder is at home. In the United States, where the home-owner is likely to be armed, only one burglary in eight happens when there is someone at home. And in some states, which openly license residents to use deadly force against intruders, burglary is virtually unknown.

American law, based on English law, also takes the view that a man is entitled to defend himself in his own home. The principle of 'defence of habitation' gives the besieged citizen far more freedom to deal with an intruder than the vague and uncertain English requirement that only ' reasonable force' should be used.

What seems reasonable in the small hours, in the dark, in the midst of a fear-soaked struggle, may not seem reasonable in the calm of a courtroom or in the offices of the Crown Prosecution Service, where the gravest danger is a shortage of digestive biscuits.

The main arguments for gun control do not, in fact, make sense. The mass hysteria about guns which followed the Dunblane school massacre made even less sense. It is quite clear that Thomas Hamilton, who murdered a teacher and 16 little children there in March 1996, should not have been allowed to own guns but cunningly exploited his 'human rights' to prevent the authorities acting against him.

After a long and careful investigation, the Cullen Report specifically did not recommend a general ban on handguns. There was no case for it. Yet that was what the politicians chose to do.

In recent years, chief constables and Home Secretaries have sought to limit gun ownership as never before. Most of these changes have happened since the Sixties, when liberal and politically correct ideas first infected the Home Office and the police. Much of the change has happened without debate and legislation.

The first proper Firearms Act of 1920 said that the police must issue firearms certificates on request, unless there was a good reason not to, and it assumed that people living in remote places who wanted a gun for self-defence would be permitted to keep one. Now, thanks to private, executive decisions by civil servants and police chiefs, that reasonable right has disappeared.

...policy supposed to stem the rise in armed crime, it has completely failed.

Yet if this policy was supposed to stem the rise in armed crime, it has completely failed. A former senior police officer, Colin Greenwood, has studied this in detail and says, devastatingly: 'There is no statistical relationship between the numbers of firearms legally held in Britain and the use of firearms in homicide or robbery.'

This is no surprise. The sort of guns used in crime - sawn-off shotguns and revolvers - are all illegally obtained in the first place and cannot be controlled by law. Hardly any legally owned weapons are ever used in crimes. Armed robbery is almost never a first offence. Those who commit it have criminal records and are legally banned from owning weapons anyway.

What seems to be happening is that the Government is trying to get the monopoly of the use of force of all kinds. If a homeowner or a private citizen uses a gun, or any other weapon, to defend his property or himself, the normally feeble law suddenly changes character and smites him with an iron fist.

When, in August 1999, loner Tony Martin shot dead thief Fred Barras in the darkness and confusion of a burglary at his remote home, he was energetically prosecuted and convicted of murder. Though his conviction was later reduced to manslaughter and his sentence cut, he is still in prison and Barras's accomplice, Brendan Fearon, is suing him for 'loss of earnings', an increasingly common pattern of behaviour among burglars injured during their crimes.

Mr Martin's action was clumsy and rash but understandable and reasonable in the circumstances. But the same could be said of some police officers, who mistakenly shoot suspects in the heat and confusion of the moment. However, while 25 police officers have killed suspects in the past decade, only two have been prosecuted.

One was PC Christopher Sherwood, who in 1998 shot dead a naked and unarmed James Ashley in Hastings. PC Sherwood was cleared of murder after the judge ruled that the officer genuinely believed he was in danger and acted in self-defence.

If only such understanding had been shown to Tony Martin, he might never have been prosecuted and would certainly now be free. So why wasn't it? It seems that the authorities fear that the English people, left to their own devices, will enforce the old conservative laws of England.

They will defend their lives and property against attack. They will assume that criminal acts are bad and that they are entitled to prevent and even punish them.

But the laws of England have been kidnapped and disembowelled by Leftwing liberals. The new code seeks to manage and understand and rehabilitate 'offenders'. It thinks there are excuses for crime. And it disapproves of those who cling to the old rules.

Once, police and courts and people all agreed about what was right and what was wrong. In those days, the authorities were more than happy for us to defend ourselves as vigorously as we liked.

Now, while they have effectively abandoned us to the non-existent mercies of anybody who cares to break into our homes, they will punish us fiercely if we lift a finger to defend ourselves.

It is astonishing that this has been allowed to happen in a democracy. And unless governments act soon to start protecting us from crime with proper old-fashioned policing and punitive prisons, an increasingly desperate population will sooner or later start to act as Tony Martin did, in such numbers that there will not be enough courts to try them or jails to hold them. Who could benefit from that?

It is time that the liberal hijack of our criminal justice system was reversed - and reversed quickly for the sake of the peace and order of us all.

NOTES: This first appeared in The Daily Mail in 2003. 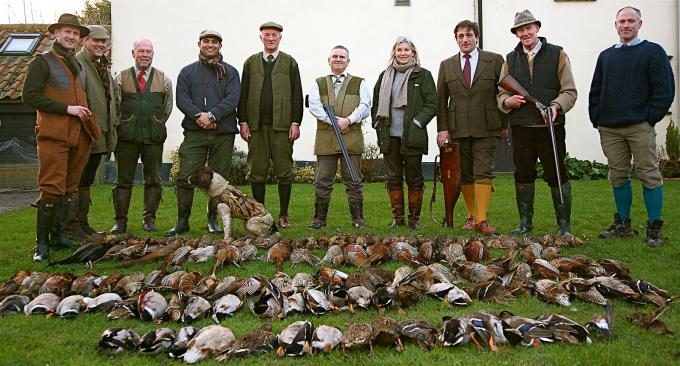 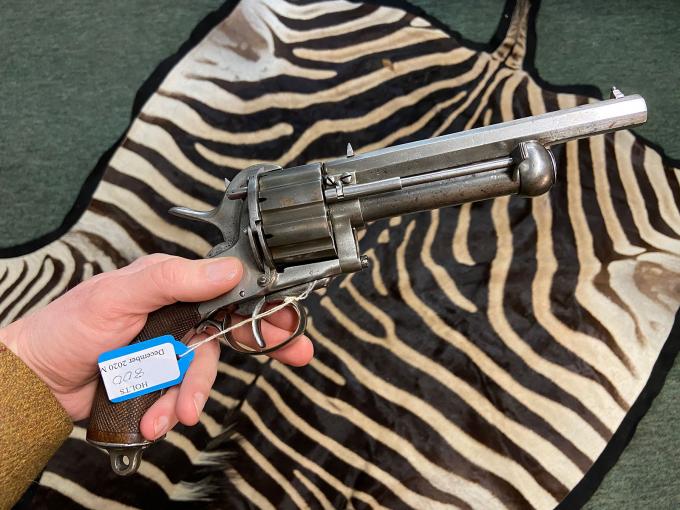