It has been observed that the modern shooter, equipped with a 3” chambered Italian over & under in 20-bore, is essentially shooting a 12-bore gun in 20-bore guise. My old friend and sparring partner Mike Yardley first brought this up in conversation with me fifteen years ago.

The gun is the same weight as a traditional British 12-bore, side-by-side gun and shoots the same payload. It is just the bores that are narrower and the action that is slimmer.

One could be forgiven for imagining this to be a modern phenomenon. Indeed, I once thought just that. However, as with most things shooting related, not much is new and the idea that shooting heavier loads in smaller bore guns might be a useful one held some currency in the 1920s and ‘30s. Letters to gunmakers from their customers shed light on some of the experiments and field tests they were reporting on. 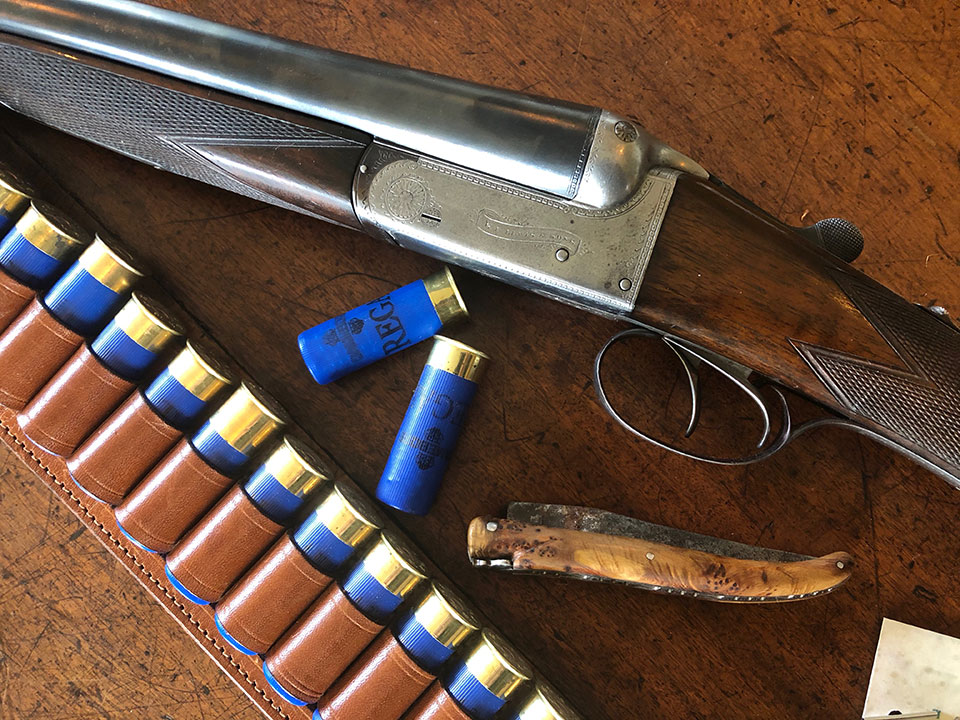 Sportsmen claimed good results: ‘I shot three roe buck; all over 40 yards, the longest being 53 yards. Grouse, black game, pheasants etc, I have killed dead at 70-80 yards,’ wrote ‘Col.AGN’, from Ascot in 1923.

Gunmakers G.E. Lewis claimed ‘Our 16-bore magnum guns will do all the work of a 12-bore game gun - giving higher velocity with excellent patterns, less bulk - both in gun and ammunition’.

W. Baden-Powell reported on ‘Field’ trials in which, ‘this highly efficient game gun was pronounced to be ‘truly a magnum’; that is top gun of one class firing the light charge and attaining the killing abilities of a gun of the standard class above it’.

a ’16-bore Magnum of 6 1/4lbs, firing the game charges of a 7lbs 12-bore with equal pattern velocity and penetration

The gun he referred to was a ’16-bore Magnum of 6 1/4lbs, firing the game charges of a 7lbs 12-bore with equal pattern velocity and penetration and, consequently, killing power… the shooting now attained is a velocity of 1,110 fps for 1oz shot with 33-grains of smokeless Diamond and a pressure of under 4 tons.’

Not content with Magnum’ small bores, Lewis offered 16-bore ‘Express’ guns. He explained ‘The 16-bore Express’ gun is made on the same lines as the Magnum but is specially bored and regulated for Express charges. - viz 33 to 35 grains of Smokeless Diamond and 7/8 oz or 15/16 oz of shot.’ 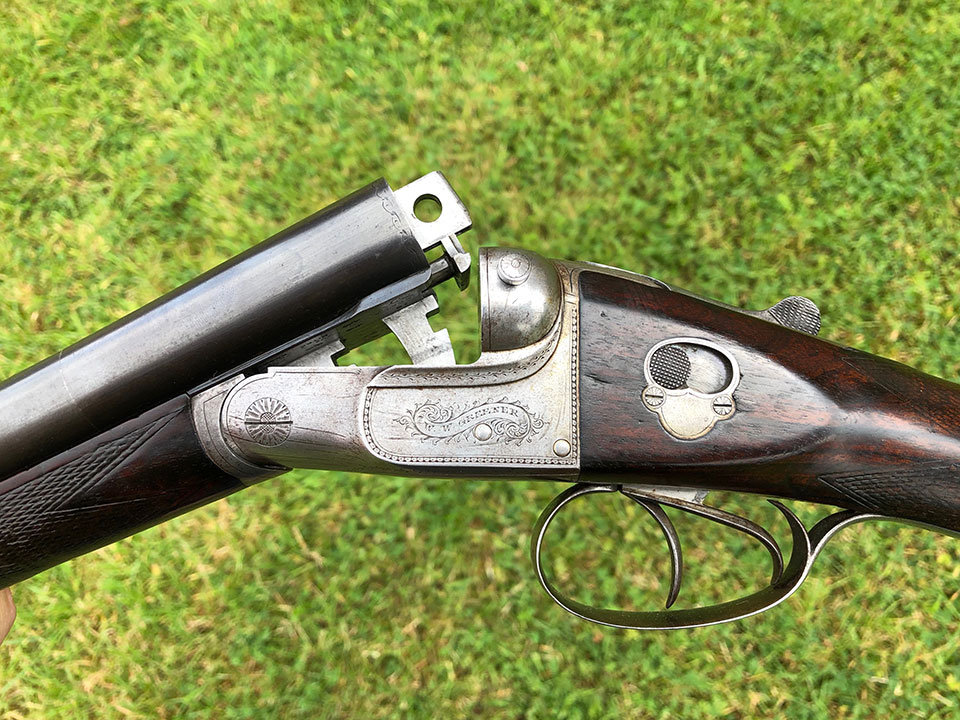 One sportsman, ‘WSC’ from Leeds, writing in 1924 said The 16-bore ‘Game Express’ gun you built for me has done very good work, far better than any game 12-bore I have ever used and killing quite as far and much more cleanly. On two occasions No.4 shot has been driven clean through a hare.’

Reading these old testimonials, one cannot help but be struck by the fact that even a hundred years ago, shooting men were claiming very long shots and remarkable feats of shooting. No mention is made of choke in the Magnum small bores. It is probably safe to assume that the guns were choked tightly and intended for long-range shooting. The hope of extending range has long been held by shooting men and the lure of smaller bores has always held a certain fascination. Gunmakers are wise to deliver the guns the customer wants and every new concept creates a reason to buy a new gun!

It is interesting to see that at the height of the craze for lightweight guns, during the 1920s and’30s, there was also this corresponding interest in small bore guns firing very powerful charges. On a personal note, my regular game gun is a Stephen Grant hammer 16-bore weighing 6lbs 10oz, which is the same weight as my old Purdey 12-bore sidelock. I actually prefer it this weight and fire a one-ounce load, for which the sixteen bore is ideal.

I have here, for use as an example, a G.E. Lewis 16-bore weighing 6lbs 6oz. It has a Greener cross-bolt, as well as Purdey under-bolt. Proof marks show it was originally proofed for 2 3/4" cartridges and 1 1/16oz of shot, which is the standard 12-bore load found in cartridges like a 12-bore Eley Grand Prix. This conforms to the Lewis description of a 'Magnum Small Bore' in his 1932 catalogue. 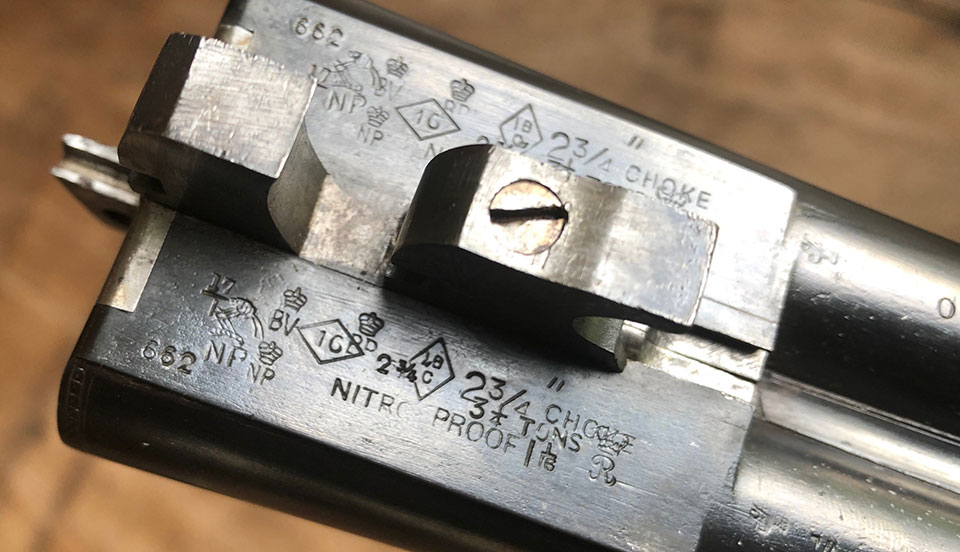 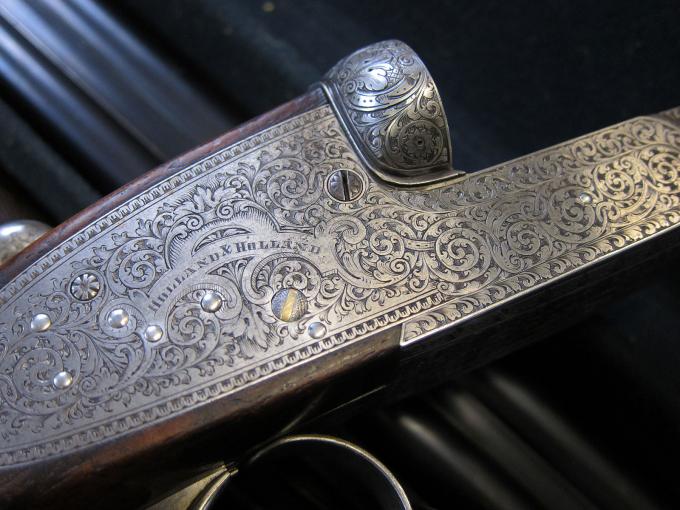 The Flattery of Imitation

Is the Holland & Holland the most copied sidelock of all time? 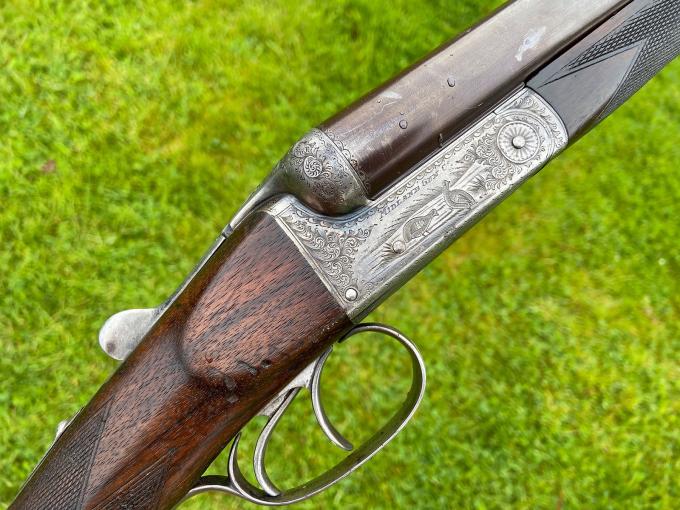