‘How much lead did you give that last bird?’ Someone called out, as we stood open-mouthed with incredulity at the ease with which Donald normally thought of as ‘hopeful’ shot, had just taken down a stratospherically high hen pheasant. ‘All that there was in the cartridge,’ was his dour reply, which in a roundabout way gets me to the start of all this.

In life it can sometimes be the little things that upset the greater schemes of man. When you think about the vast amount of cash involved in game shooting it’s interesting to consider that a gun who may have invested an eye watering amount in their day can have the whole experience ruined by something as financially insignificant as a cartridge. This isn’t about mechanical or chemical failure, if that were the case the solution would be simple. No this is all about the dark side and the nasty little games the mind can play which for no rational reason can affect a gun’s performance.

Take Andrew, a modest type, generally level headed who wouldn’t object to being described as a useful shot. Stand him on a peg anywhere out there in this green and mostly pleasant land and you could rely on him to take down a comfortable portion of whatever passed over his head. On one occasion, sadly I wasn’t there but heard about it from several reliable sources, he excelled himself… well almost. Apparently he had what could be best described as a curate’s egg of a day… Along with his usual more than adequate display he managed to pull off a truly spectacular right and left at partridge. He was feeling pretty damn pleased with himself as he stooped to gather up his spent cartridges at the end of the last drive before lunch.

Amongst the usual red clutter lurked two seductive little black numbers. These, we learned later and on numerous occasions thereafter, were Panther Black Extremes, a brand none of us from the, if It’s reddish and a five or six it’ll do school, had come across before. Anyone with the time to read the marketing blurb on the side of the box will find that this is pretty sophisticated stuff, in fact it’s the sort of kit God would be frantically searching his cartridge bag for if he found himself standing under a stream of monumentally high birds. These cartridges are apparently ‘precision engineered for the serious game shot, delivering instantaneous payloads, incorporating a unique turbo ignition system which facilitates immediate and lethal impact.’ Well gosh…

Anyway, they’d been left in his vehicle by someone’s guest and rather than leave them on the seat he’d dropped them into his cartridge bag. By chance he’d casually stuffed them into his gun just as a gang of marauding partridge made their appearance. The rear guard, a dozen or so had come straight off the top of the moor, been flanked into the drive by an enthusiastic flagger and were cruising at serious altitude. Over the line of saluting guns they stormed, Andrew snapped into action and within our limited cosmos two memorable shots were made. Both birds dead in the air and successfully picked a considerable distance behind his peg by a sharp eyed little cocker who’d marked the tumbling birds… all memorable stuff. 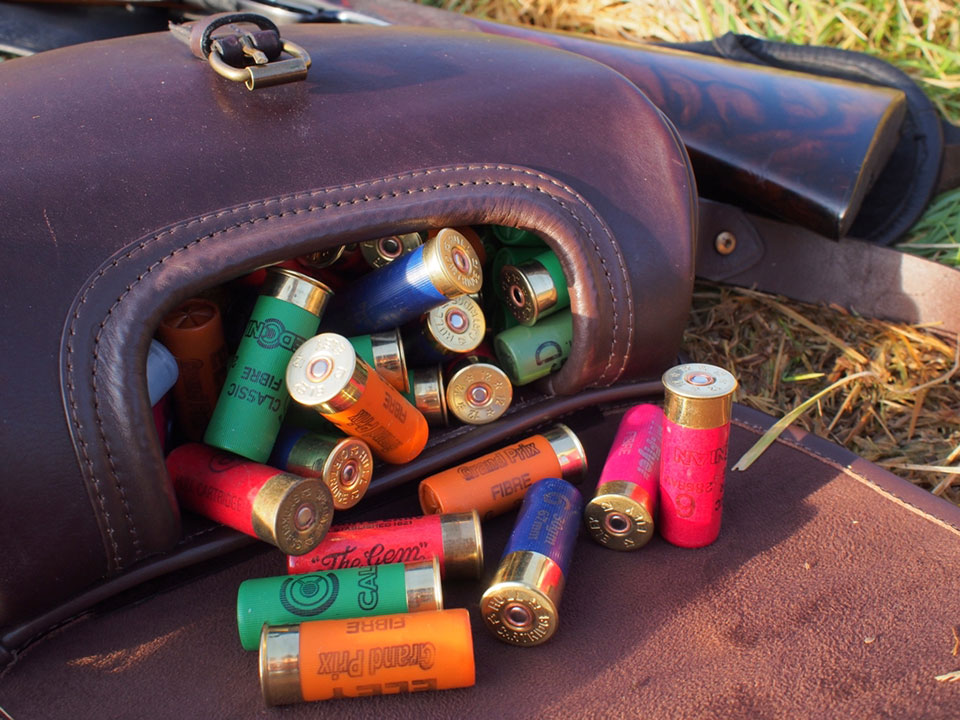 This simple incident was to have a long and detrimentally lasting effect on Andrew. On the first drive after lunch he missed a couple of fairly easy birds, then fudged his shot at a lone cock pheasant climbing over a stand of larch and this was when the rot set in. As the day progressed Andrew, normally a rational man capable of ironing out these troublesome little quirks that visit on occasion, went to pieces. To be honest I’m told, he shot like a prat. At the end of the day, unusually for him, he disappeared without so much as a backward glance towards the convivial nips of ginger beer and tempting array of specialist lemonades available in the back of the shoot captain’s Japanese Land Rover. Someone saw him heading off down the drive with a face like thunder. Even his dog, normally an irritatingly social beast prone to over enthusiastic mingling, avoided eye contact, loyally sharing his master’s unnecessary embarrassment and self- imposed black cloud of depression.

For the time being we’ll park Andrew and his psychological issues and move on to the Old Vet. For some reason we never referred to him by name and I doubt he and I ever exchanged more than a few polite words. He did however make a lasting impression on me. On the first occasion we met he fell in through the kitchen door having become entangled with our host’s two Labradors. On accepting a coffee his hands shook so violently that he spilt more than he managed to drink. He was terribly frail, dressed in an ancient set of mis-matched tweeds and for some reason had cleaned his brown brogues with black shoe polish. Best keep out of his way I told myself, poor old boy looks dangerous.

As Murphy’s Law would have it, the first drive found us on neighbouring pegs, cautiously I kept one eye on my neighbour as we waited for the drive to commence. I needn’t have worried, he shot like a dream. As the birds started to come over the years slipped away and he stylishly swung into action effortlessly connecting with just about everything that came near him, even taking time to neatly tidy up a couple of my misses.

So what’s it all about? The Old Vet’s cartridge bag was crammed with a rainbow selection of cartridges, you’d have been lucky to find a pair of the same colour, brand, load or vintage, if ever there was a mixed bag then this was it. Like Donald with his stratospheric hen pheasant the Old Vet consistently put the shot where it mattered and that’s all any of us need to work to achieve. Andrew, you won’t be surprised to hear, has become a cartridge bore, he swears he can’t shoot with anything other than Panthers. Although as far as any of us can tell his shooting is no better nor worse than it ever was, pathetic when you think about it… What do I say about it all? Hah… I’m not bothered what cartridges I use, all the same to me but then I’m never entirely confident on a shoot day unless I’m wearing my Fincona Cricket Club tie. 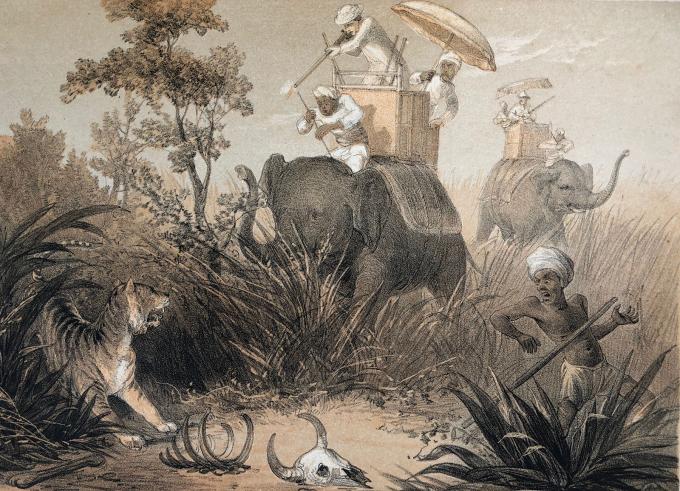 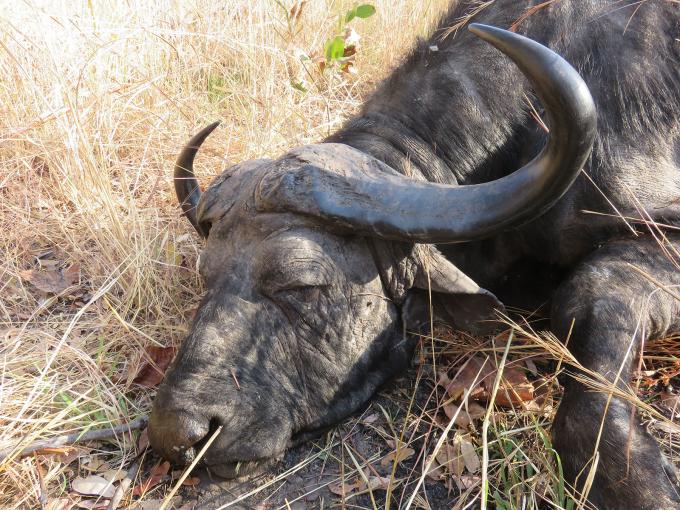 If you have to hunt Africa once and you only get one animal, make it a Cape Buffalo. 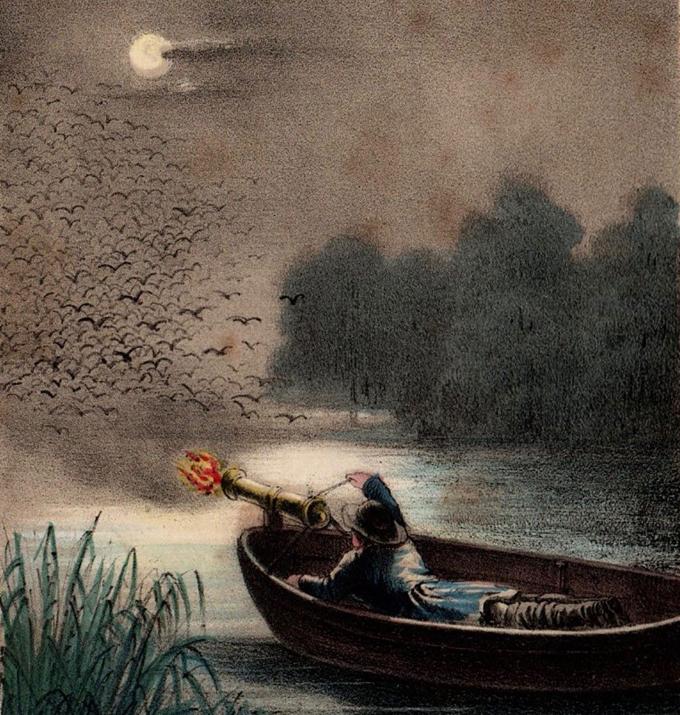 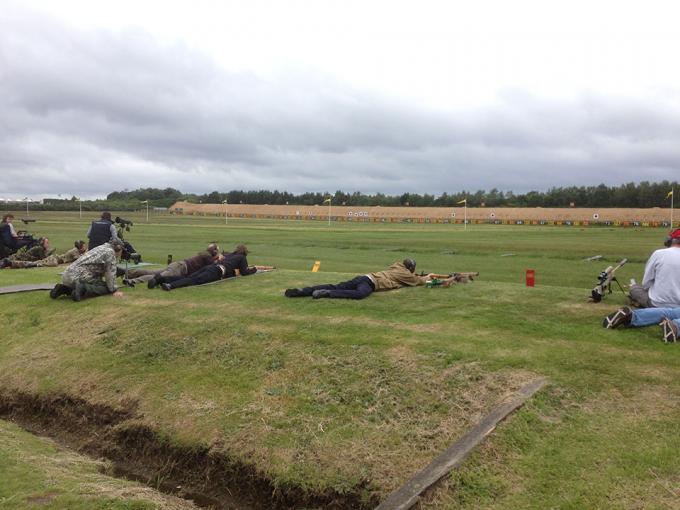