The thrill of grassing a really old, gold-medal buck, every stalker must acknowledge, beats the quiet satisfaction of taking another cull buck. The hunt aside, that set of antlers, I’ll make a bet with you, finds itself carefully prepared and mounted:either in the classic ‘European mount’ style or as a full head and cape mount, befitting its status as an animal less ordinary.  For many of us, for whom the stalking of four legged quarry is a passion, as well as a duty or a necessary part of our lives or jobs, the exceptional animal is something we mark.

‘Trophy Hunting’ in Africa and other parts of the world has developed something of a bad name in recent years. I very much doubt my readers are regular viewers of morning television, but those who might have stumbled upon some of my, often heated, discussions with Piers Morgan or Eamon Holmes on the subject will have noticed how opposed the mainstream media is to the notion of someone taking a rifle to a remote spot, in order to dispatch a rare or charismatic animal and furnish his all with the resultant trophy.

The standard tactic of the opposition is to fetishise the kill. For them hunting is mere killing. They draw no distinction between the deer stalker and the slaughter-man, except the stalker, to them is to be more reviled as he does the killing not for a paycheque, but for the enjoyment of the act of killing.

This kind of reductionist argument de-contextualises the complexity of a hunter’s activities and motivations to absurdity, yet it enables opponents of hunting to de-humanise, indeed demonise, hunters, to the extent that they can be hated and persecuted with a level of vitriol normally reserved for child molesters or corrupt political figures.

However, the facts about the effects of properly managed trophy hunting (I prefer the term ‘sport hunting’, for the sport hunter hunts for the enjoyment of hunting, the trophy is a mere memento of the experience), show that by any dispassionate measure, it can, and does provide a secure future for wild populations of animals and their environment, as well as producing valued protein that sustains the local people in countries where protein is a scarce commodity.

Old-time hunters made fortunes hunting uncharted Africa.
Let us consider just two examples of African sport hunting operations which directly benefit the local environment, the local fauna and the local people directly. Benefits that without these activities, would disappear and not be replaced with anything.

The first example to consider is the hunting of elephant in Botswana. This is a particularly useful example as elephant hunting has since been banned in the country, under pressure from foreign organisations, some of which have threatened Botswana’s tourist and diamond industries with boycotts unless they comply with anti-hunting agendas.

I attended an elephant hunt in the Okavango Delta in 2007. The American client was there to hunt for one old bull. Now, as a trophy hunter, he had set himself a goal of trying to find and shoot an elephant with bigger tusks than had shot before. Seeking an animal of this type provided him with a hunt. A true hunt. He was not there to just go up to the nearest elephant and shoot it; a large part of the attraction to the hunter is the quest.

Over three weeks, we tracked close to eighty elephants, sometimes never getting close, other times sneaking unseen to within a few yards of them. All this in thick scrub, with visibility in most places under ten yards. Time and again, we got to shooting distance, after hours of tracking, only to reject the bull as too young or too small. The whole process was a mixture of thrilling and terrifying, not to mention uncomfortable and exhausting.

The client shot his bull on day twelve of a sixteen day hunt. The tusks topped his old record of 66lbs, at 71lbs. The elephant was solitary, old and well past his prime. The shots from the double .470 were well placed and, much like a heart-shot deer, after a hundred-yard dash following impact, the animal lay lifeless in the sand. What followed was remarkable. A whole village arrived twenty four hours later, and spent the next four days butchering the carcass. The tusks were removed, given a CITES number and prepared for export.

The skin was removed for tanning. It makes excellent leather for boots or bags or furniture. The flesh was removed in strips and hung on frames to dry into biltong. Meanwhile, the fires burned and the people feasted on a rare commodity in Africa – protein. Eventually, the dried meat was removed and all that as left for the vultures, hyenas and marabou stalks was the gut pile and a few bones.

The 2018 Film ‘Trophy’ sought to explore the modern industry and issues.
The hunt took out an elephant that was no longer any use to the gene pool, one who was destined to die of starvation in a few months or years, as his final set of teeth wore out. It is generally accepted that elephant numbers in Botswana are grossly in excess of what the habitat can sustain. The alternative to trophy hunting, and the money it brings in is the shooting of elephants by government employees. This incurs a cost to the country, rather than providing income.

The hunting camp provided employment for local people. Trackers, skinners, cooks, mechanics, waitresses, cleaners, camp staff. In all, around twenty people, all from the area; people who would otherwise have no work, no income and nothing to do. What do they do when these opportunities are not forthcoming? They poach for the pot, for the  illegal bush-meat trade or for the crime syndicates that pay for elephant tusks, lion bones, rhino horn.

The bird-shooting activities I have participated in have similar local benefits in South Africa, where the sun-flower seed crop is crippled annually by losing 30% of yield to pigeons and guinea fowl. The teams of hunters who visit the Free State to seek the sporting opportunities these birds provide, bring with them much-needed foreign currency, which they spend locally. However, the benefits go beyond mere expenditure.

In the areas we shoot, we have convinced the farmers that, not only will we pay them for the permission to shoot on their land, but that our efforts reduce the populations sufficiently to stop them from flying over the roost with crop dusters and poisoning everything they pass. It was heartbreaking to walk through coppices littered with poisoned and rotting  guinea fowl, as well as hundreds of tiny song birds, which are also killed during these operations.

By sustainably hunting problem species, we help the farmers and incentivise them to be more ethical in their management of the environment. The pigeons and guinea fowl themselves, go straight into the food chain.

At the end of every day, the ‘bird boys’ we employ to collect every shot bird, have sacks full of fresh meat. They are driven to the townships, where poverty levels are most acute, and distribute the smaller birds, free of charge to the children, who often cook and eat them on the spot The larger birds are much in demand and form a useful bonus income for the locals with whom we work. Nothing is wasted.

In areas where trophy hunting is the management tool of choice, the view from the air tells the story. Hunting concessions are lush and green, whereas the surrounding lands, ravaged by cattle farming, are brown, dry and barren. As hunting is closed due to external pressure groups and their misguided efforts, more land is encroached, the wild animals, seen as. competing for the valuable grazing, or as predators threatening cattle herds, are systematically and quickly decimated. That is the fate that awaits what is left of wild Africa, as human populations increase and the wild areas face ever more pressure.

Only hunting concessions provide the locals with a reason not to kill everything, as they give a monetary value to the preservation of the flora and fauna, Without sustainable, ethical sport or trophy hunting, Africa’s wildlife has no future. 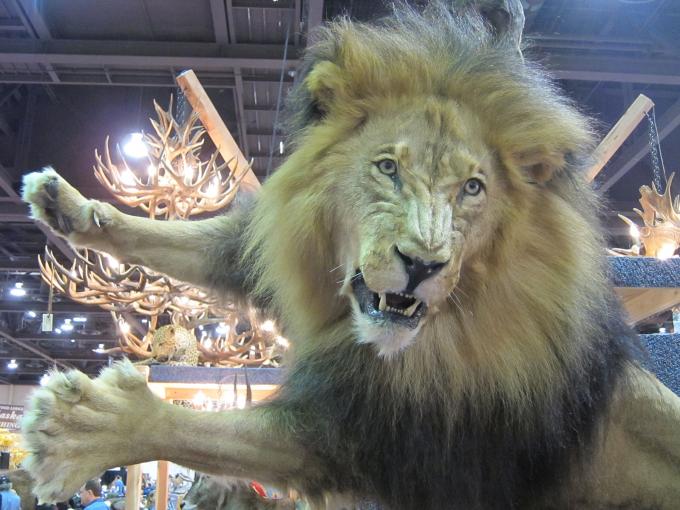 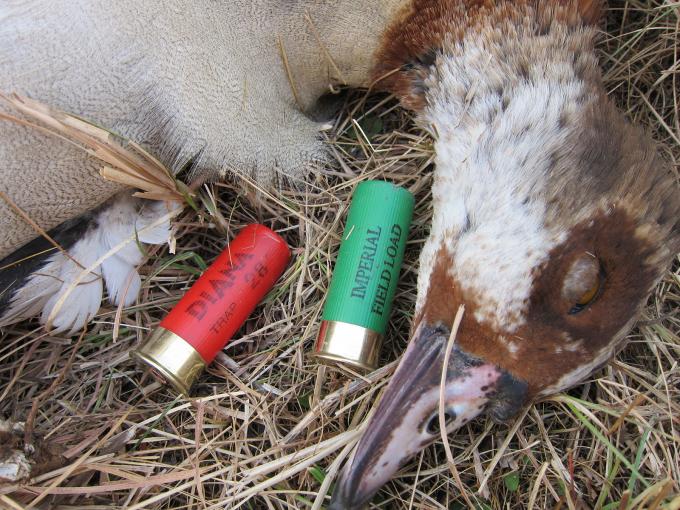