Pairs of guns come in many different varieties. The classic and most sought after is the true pair.

The customer went to his gunmaker and asked for two guns to be made so that they were identical in weight, balance, shape, decoration and every other detail. So much so that they should not be told apart, save for the numbers ‘1’ and ‘2’ on the rib, also sometimes on the action bar and forend iron, as well as the one-digit different serial number.

These numbers are important because, identical as they are, the barrels and forends made for each gun will not fit the other, so they should be identifiable from one another.

We then get a pair which conform to all the above criteria, except the serial numbers may be some way apart. This occurs when the customer buys a gun, likes it, and then asks his gunmaker, some months or years later, to make another as an exact copy, so the two may be used as a pair. This is a matched pair.

We then have the composed pair. These two guns are brought together because sportsman has a gun and finds another of the same make and specification and pairs it with the original. In this case, the guns, though standard models of the company, match only coincidentally. They may differ in some small degree, like an ounce or two in weight, or one may have been altered to match the stock length or profile of the original.

The pair of guns that I encountered this month conform to none of the categories above. They are identical in every detail but they are by different makers. 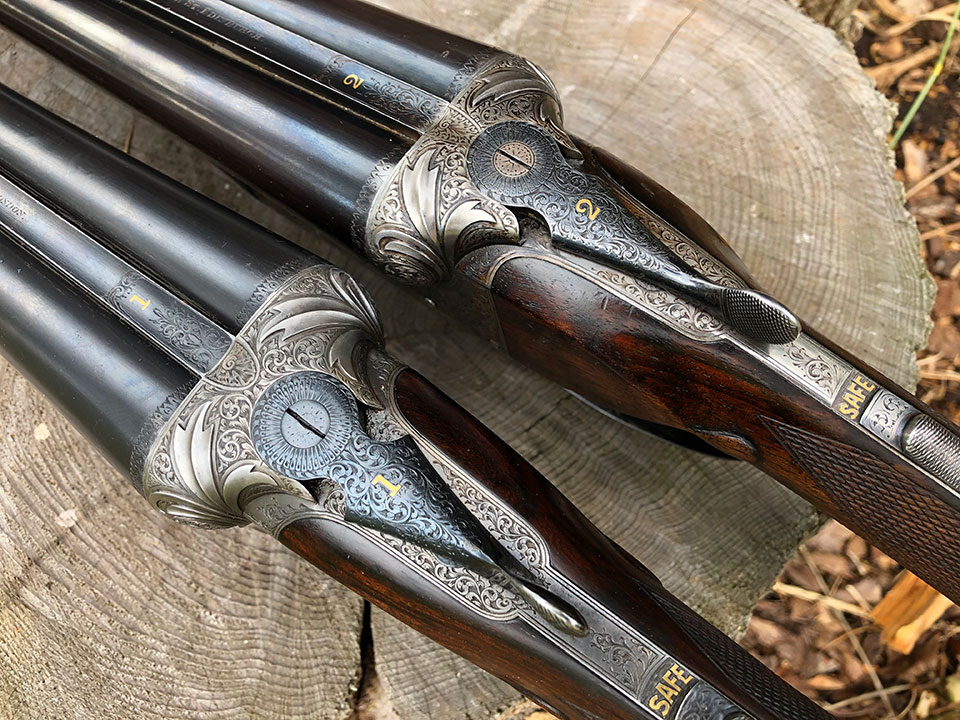 The guns are 12-bore boxlock ejectors. One carries the name ‘Watson Bros’’ and the other ‘John Dickson & Son’. The story that came with them is unverifiable but sounds plausible.

Apparently the owner was ship’s captain. The guns went to sea with him and at some point came to be used on deck, whether for clay shooting, which was not uncommon on cruse ships, or engaging sea birds, the owner did not know. Whatever the reason, It is said that one of the guns went overboard.

Upon returning to Britain, the captain went to his gunmaker, in Scotland, and asked for a copy of the original gun to be made. Numbered to complete the pair, engraved to match and built on exactly the same barrelled action.

Upon examination, the guns are numbered 13061 (Dickson) and 7569 (Watson). The first place to check is the serial number chronology. This tells us that the Watson was made in 1912. The problem is that Dickson numbers only go up to 8032! How is it that it carries a serial number five thousand numbers higher?

If we look at the number on the barrel, we get 6961, which is recorded as a 1923 made hammerless ejector Anson & Deeley with 28” barrels. So, this is the gun. But that does not explain the longer serial number on the guard strap, which is repeated on the bottom rib. Could it be that the engraver mistakenly put the barrel number on the strap rather than the gun number?

My initial reaction to the guns when I saw them was that the style was more Watson than Dickson. Even the maker’s name, which is copied in style on the side of the action seems a bit congested fitting in the extra words; four for John Dickson & Son, over two for Watson Bros. The chronology backs my instinct and confirms this was a pair of Watson Bros guns built in 1912 and the Dickson, marked No.2, was made to match the No.1 gun eleven years later. 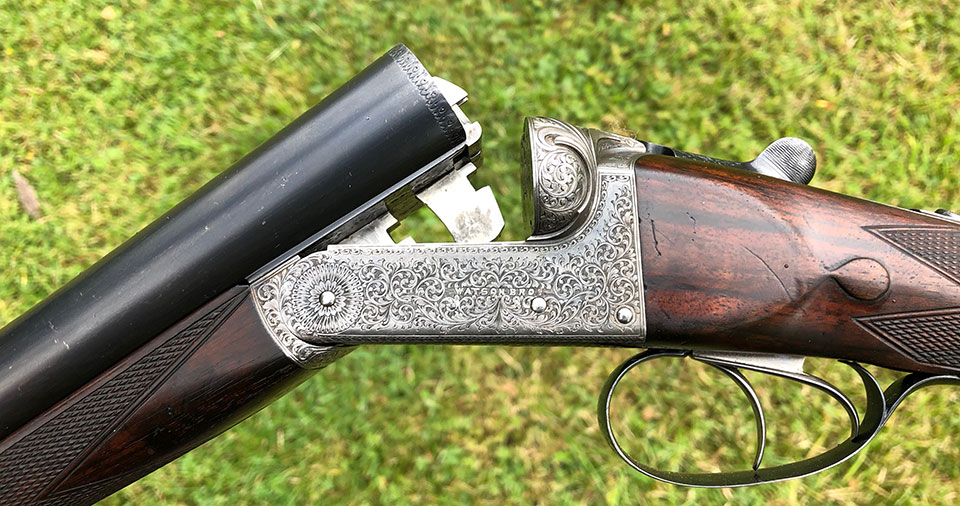 Dickson did a very good job of matching the guns. Barrels for both weigh 2lbs 14oz and the forends weigh exactly 8oz. Total weight is 6lbs 10 oz for each gun. Dickson has engraved the under-bar with the words ‘Dickson’s Ejector’ and the Watson has ‘Watson’s Ejector’ but both guns are fitted with a Deeley box ejector, so either claim to the patent is worse than tenuous!

The two guns are clearly made from identical barrelled actions, which mush have been bought from a proprietary supplier like Bentley & Playfair or Holloway & Naughton. Dickson records suggest they sourced boxlocks from Birmingham and finished the higher grades in house. However, there is also reference to ‘our own make’ against some boxlocks. These would have been built from barrelled actions in the white.

I is even possible that Dickson had Watson Bros make the second gun and had it engraved to match but with their own details.

Both guns have a third grip very much resembling the Purdey ‘concealed third bite’ in appearance and operation. This is a projection from the barrels which slots into a recess in the face of the action and is then locked over the top by a forward-sliding bolt, operated by the top lever. The fences are foliate carved and very nicely filed on both guns.

Speaking to Michael Louca at Watson Bros, I discovered the Watson gun was indeed made in 1912 for ‘H.Wallace’ at a cost of £21 and was a ‘Model P’ with ‘secret extension’, ‘better engraving’ and 28” steel barrels. It does not appear to have been one of a pair.

The next gun in the register , No.7570, was a lower quality shot & ball gun if we have read the sketchy notes correctly. It was in the hands of a ‘K.S. Bygrave’ in 1969, so survives the 1923 date of the supposed loss at sea by over four decades. Could our ship’s captain story be a made-up one that has been passed from owner to owner?

It would appear from this information that the Dickson was made to match the Watson. Could the Watson have been altered to incorporate the gold-inlaid number ‘1’ on the top lever, forend finial and rib? The numbers do not appear to be after-thoughts. Each is framed naturally within the engraving pattern. The mystery was certainly not solved at this stage so I went to Dickson to see if the answers lay there. 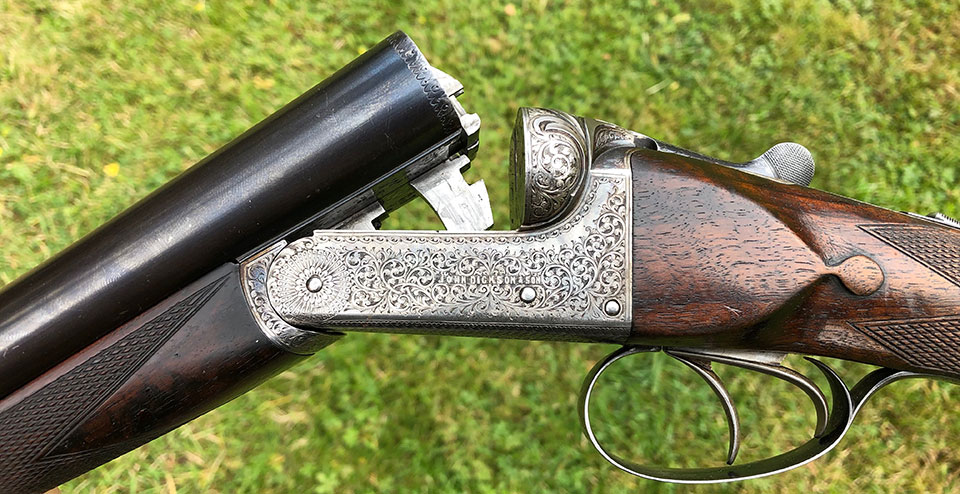 The Dickson records do shine a bit more light on the subject. The gun was indeed made in 1923, for Commander Henry Steuart MacNaghten Harrison-Wallace DSO, who had a distinguished naval career, beginnin in 1903 and spanning both World Wars. In WW1 he was gunnery commander of HMS Emperor of India and later Commanded HMS Caledon, being mentioned in despatches, before retiring in 1923.

He rejoined the Navy in 1939 and Captained HMS Quebec. He took part in the Normandy landings as Captain of Landing Barges and was awarded the DSO for serving in the Norwegian Expeditionary Force. He retired again in 1945 and died in 1963 while salmon fishing in Scotland.

The 1923 date of manufacture for the Dickson gun coincides with Harrison-Wallace’s first retirement. Perhaps he anticipated opportunities for grouse shooting and needed a pair of guns; which would explain the building of the Dickson to match the Watson Bros original.

So, the story of the sea captain that has been passed down the years with the guns has a grounding in truth. The idea that the Watson was one of a pair and the No.2 was lost overboard may be less reliable but these guns do have a history that is tied to the sea and a very gallant and long-serving officer who served his country in the two major conflicts of his generation. 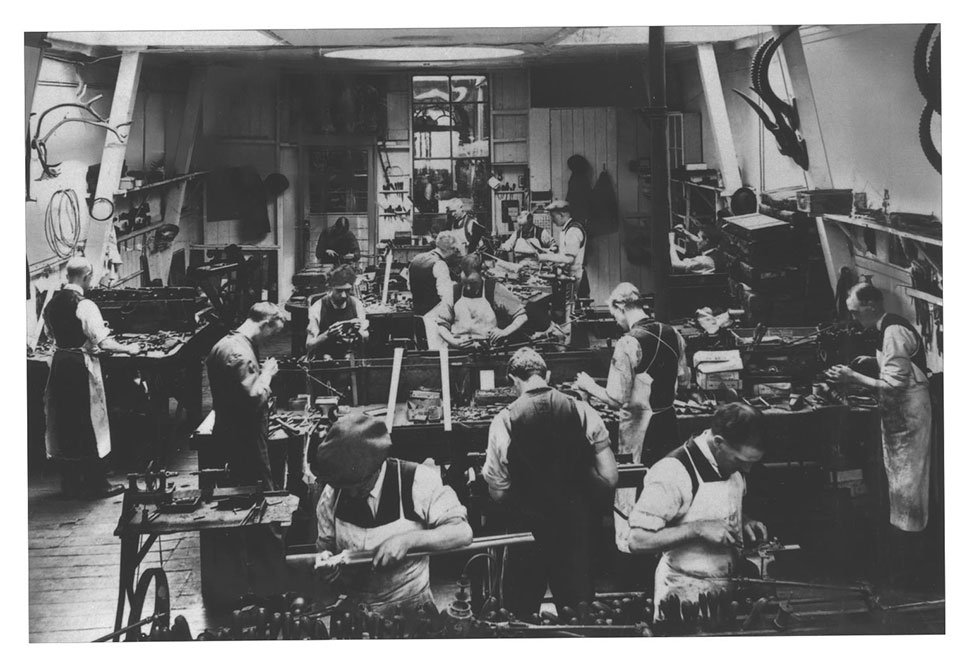 The present owner told me his son used to like helping him clean the guns and, on one occasion, knocked the Watson Bros over and snapped the stock. It has been glued but the repair is clearly visible. Other alterations include a Silver’s pad on the Dickson and a wood extension on the Watson Bros.

I think the guns should stay together. They are interesting. I like the link between the English and Scottish gunmakers and the perfect matching of the two guns. The economics create a problem. Re-stocking the Watson would probably cost more than the gun would then be worth.

They are too good to not restore but not valuable enough to invest the money in. In the normal course of events they would either be split and sold separately or put into auction. It seems likely that the owner will not make a decision to do anything just yet. So, the guns will stay together, as they are, for occasional use. 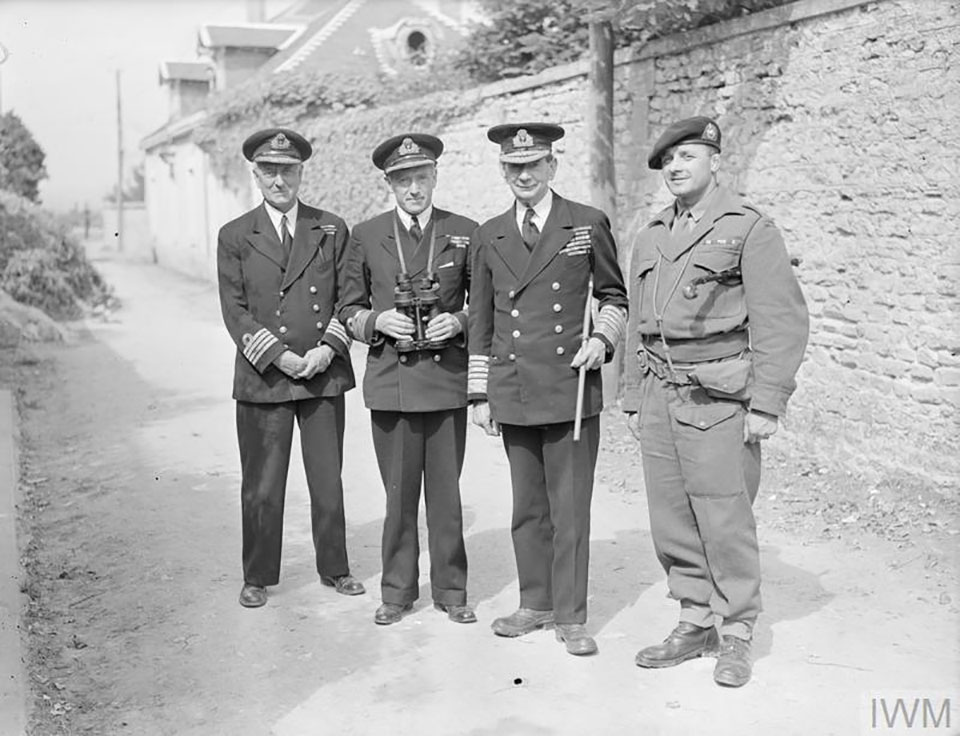 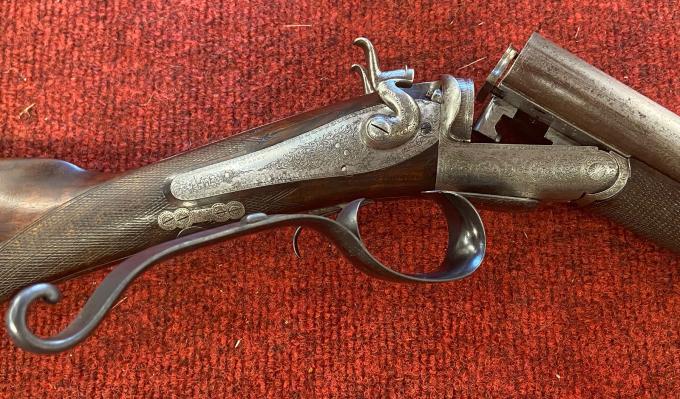 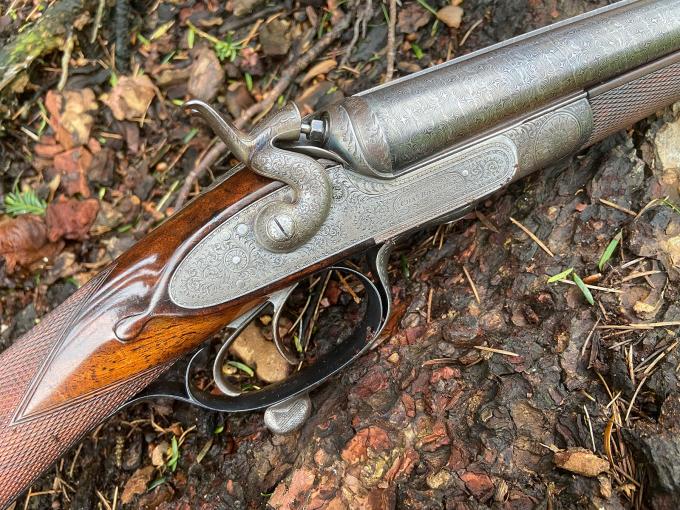