In the 1920s, while still recovering from the slump in orders that followed World War One, Purdey began to look for ideas that could supplement its traditional products.

The best known example of this period of innovation is the “Sextuple Bite” over & under action, developed following Athol Purdey’s first sales trip to the United States in 1922. However, there were other developments, some of which are easily overlooked as they were not publicised in contemporary marketing. Amongst these are a handful of double rifles that were fitted with a very unusual accessory – electric night sights. Dr Nicholas Harlow, Gunroom Manager at Purdey, examines them in the first of this new series of articles.

Purdey had gained experience with this technology during World War One, when they produced Hutton, Neame and Norman sights for the Royal Flying Corps. These were used by the UK-based Home Defence Squadrons, tasked with preventing Zeppelin and Gotha bombing raids over Britain. Each design used the same basic sighting principles, with a red bulb fitted in the foresight and a green bulb in the rearsight. Aiming simply relied upon centring the red and green lights against the target. Crucially, the bulbs were angled to reflect light through a pinhole, as direct illumination damaged the pilot’s night vision. Purdey supplied thousands of these precisely-machined sights, together with the necessary wire and battery cases. Due to the nature of the gun mountings, these battery cases were often simply taped to the barrel jacket of the Lewis Gun to retain total freedom of movement.

According to a note from Harry Lawrence, his father, Ernest Lawrence Senior, was involved in refining the designs of these sights for manufacture while working as Purdey’s factory manager. It is perhaps unsurprising then that the “electric Purdey night sight” built during the 1920s operated on very similar principles. Both sights were constructed in a much ‘stouter’ manner than was usual, and contained vertical ‘light stems’. These tubes transmitted the light from the bulbs through a pinhole at the base of the “V” on the rearsight and in the centre of the foresight-bead. In the muzzle end of the foresight block was a hole capped by a threaded plug, holding a red bulb against a contact. The base of the rearsight was hinged at the edge nearest the muzzles and secured with a pivoting catch. Inside was a blue bulb that pointed towards the breech, held in place by spring pressure. The change from a green to a blue bulb in the rearsight may have provided a brighter contrast for the single pinhole. The wires to power both bulbs were laid between the ribs and met at a point just forward of the sling-swivel, where they formed a contact for the external battery pack. This contact, together with those in both bulb-housings, was insulated using fibre packing.

The battery pack itself is described in four surviving drawings, and was far more elegant than that used by the Royal Flying Corps. The cylinder containing the battery appears to have been closed with threaded caps at both ends. Two leather-covered “C”-shaped spring clips were attached to one side of the tube, which clipped around the barrels. A metal strip ran on top of these two clips, and at one end there was a sprung catch that locked around the base of the sling-swivel. This secured the battery pack in place against recoil and apparently provided the electrical connection with the sights. When using more powerful cartridges, there was also an additional hinged locking bar that secured the two sides of this catch together.

To illuminate the sights, a sliding switch on the left side of the tube (from the firer’s perspective, when mounted) was pulled backwards. The rifles came with strict instructions that this was not to be done ‘until you can see the beast,’ and that they were to be immediately turned off once the shot was fired so as to preserve the life of the battery. The power source was a ‘British Ever Ready Dry Battery, No. 1839’; two 1.5 volt “C” cell batteries wrapped in a cardboard tube. Their lifespan was considered to be very poor in tropical climates: both of the surviving instruction leaflets refer to spare batteries being sent out in ‘soldered tin cases to preserve them against the climate…but they are not expected to be serviceable after six months.’ They also note that further fresh batteries could be purchased at the Army & Navy Stores in Bombay & Calcutta.

The dimensions of the battery were about 3¾ inches long by 1 inch in diameter, and weighing about 3oz. This provides a reference for the overall size of the case, and one of the drawings in the archives appears to match them. If this is correct, the case was approximately 6¼in. long (including the sprung catch) and 1⅛in. wide, with the on/off switch being 2in. long. This is not an inconsiderable object to clamp around the mid-point of the barrels, and yet there are no notes as to what effect this had upon the rifle’s point of impact, suggesting they may have been regulated with the battery case fitted.

Donald Dallas notes in his Purdey history that five rifles were fitted with these sights, of which four could be identified in the records:

Two further rifles, 23,987 and 24,688, are listed as having ‘Night sights’, but these appear to have been ‘moon sights’, and for this reason are not included here.

The first rifle, 22,747, was actually built as a stock rifle alongside the first .369 action, suggesting that it may have been the working prototype. The rifle was purchased as a gift to the Maharajah of Idar from the Maharajah of Jodhpur, and was wanted immediately. The price of the rifle was £162 including the electric sights, and was also supplied with not only spare batteries and bulbs but a test lamp as well presumably to check the components before taking them into the field. 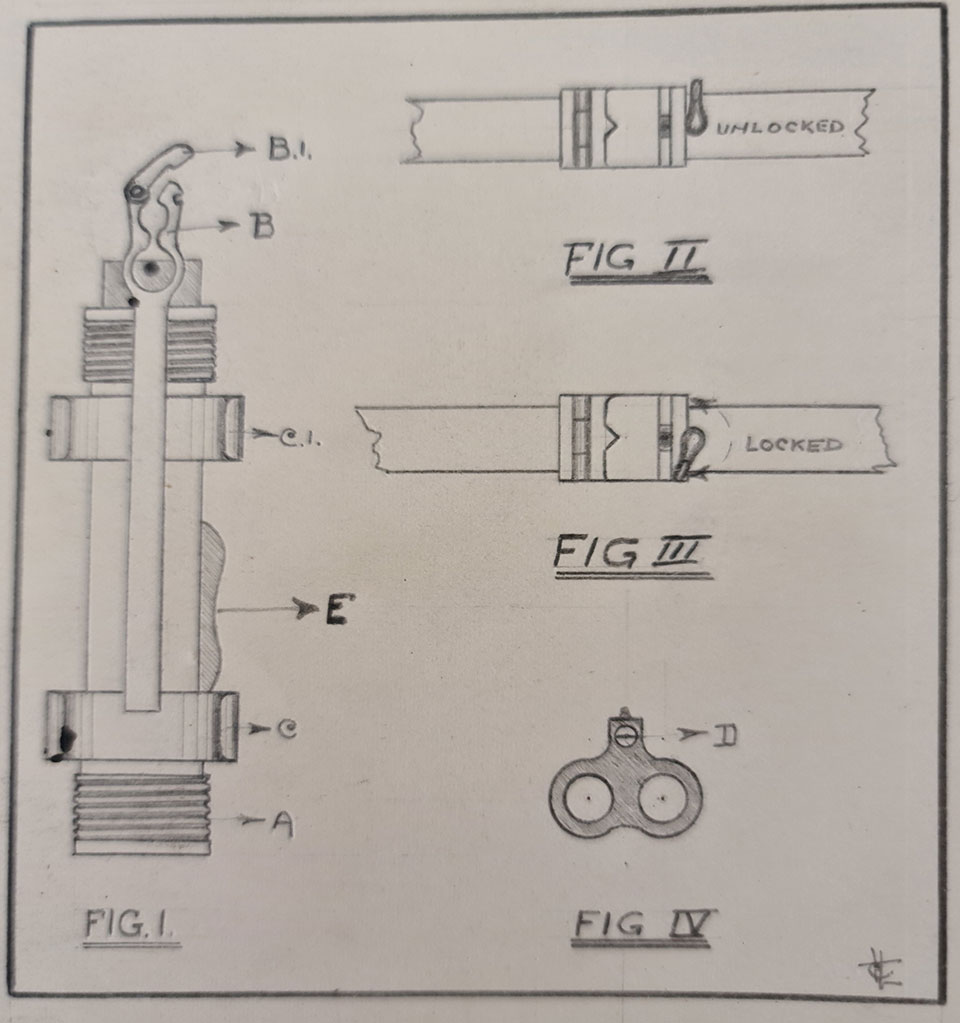 23,237 was built for Raja Bahadur Shri Jyoti Prasad Sinh Deo, ruler of the Panchkot Raj on the borders of West Bengal. This rifle was the most ornately finished of the four, with Large Scroll engraving and carved fences (possibly by Walter Warren), and a gold and multi-coloured enamel monogram fitted in place of an oval. In addition to the illuminated night sights, the foresight was faced with a line of platinum, and the barrels were fitted with a telescopic-sight, although the maker is unrecorded. The rifle and sights cost 12s more than that for 22,747, but by the time all of the extra finish and fittings had been accounted for, the invoice total was £251 9s 6d for just the one rifle. This rifle survives, and is now in the collection of the Maharajah of Jodhpur. Although the battery case and telescope-sight have not survived, it remains a very impressive example of its type.

Both of the Maharajah of Rewa’s rifles were engraved with Purdey’s traditional rose and scroll design, and had a folding peep-sight incorporated into the head of the toplever pin. One of them, 23,289, was auctioned at Sotheby’s in the 1990s, and is illustrated on page 333 of Dallas’ book. Both rearsights had one standard and two folding leaves, although due to the different ballistics the .369 was sighted for 200, 300 and 400 yards, and the .450 was sighted for 100, 200 and 300 yards. The .369 rifle itself, which had only been introduced in 1925, was £5 more expensive than the .450 (£155/£150), but otherwise the extra costs were identical, with the electric sights charged at 12 Guineas as before. These appear to have been intended as working rifles, and the orders record that the Maharajah was very specific about the regulation and sighting of his rifles, with Jim Purdey (who took the order in person) guaranteeing that the first barrel on each rifle would be accurate to 300 and 200 yards respectively. It was also noted that the Maharajah had to apply for a special license for the .450, which had been banned for over twenty years at that point.

While the archives contain a reasonable amount of information regarding the construction of these sights, and the clients who purchased them, nothing is currently known about why they were offered, or why only four rifles were ever constructed with them. There is a suggestion that the company may have tried to patent the design, but previous patents prevented them from doing so. There is also a reference in the order for 23,237 that it was originally ordered fitted with a ‘Bland Mirror night sight’, suggesting that there were competing designs around at the time. For whatever reason, Purdey’s design appears to have had very limited demand, and the four rifles above remain the only examples of the firm’s attempt to translate its wartime work for the Royal Flying Corps into a design for the civilian market. 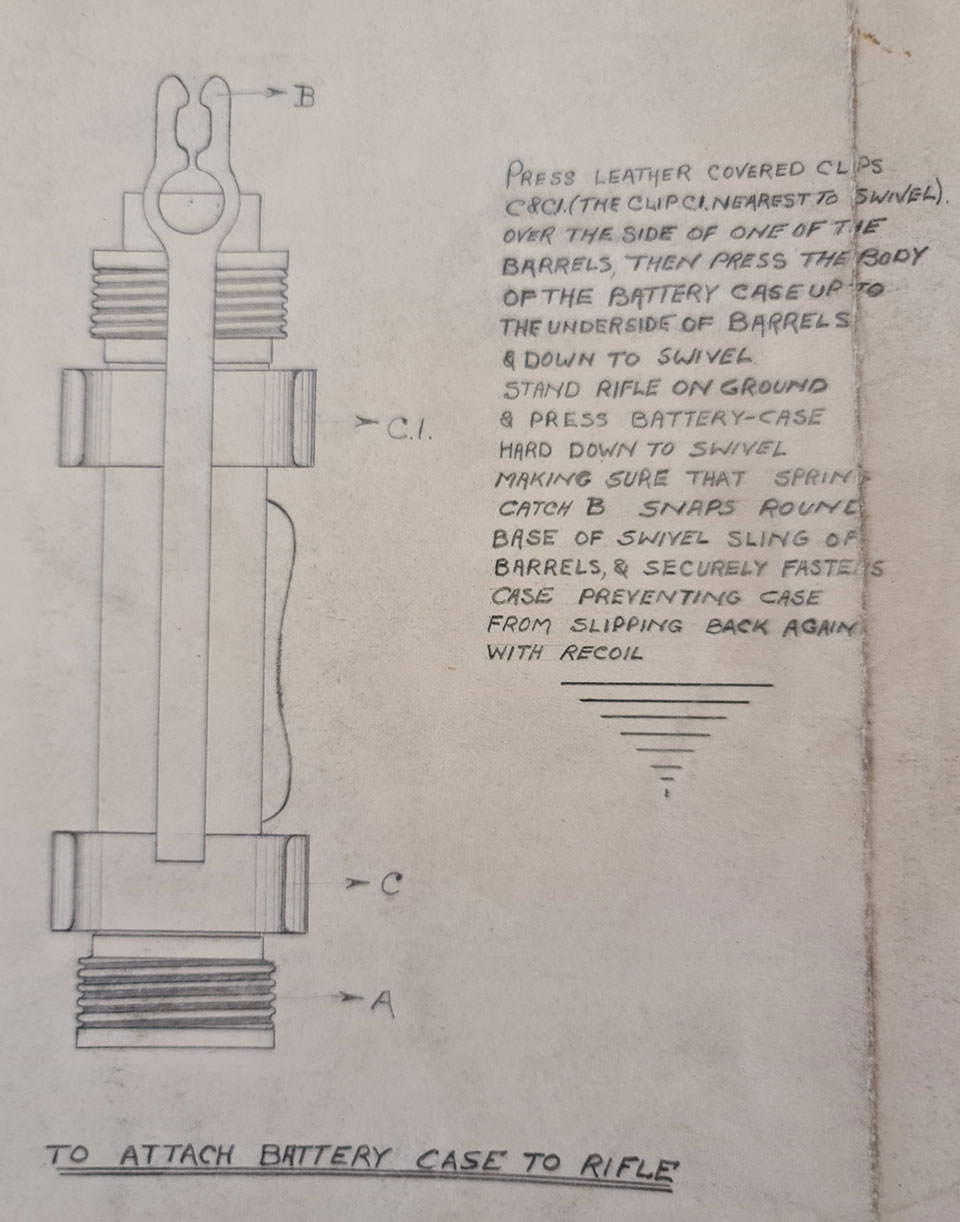 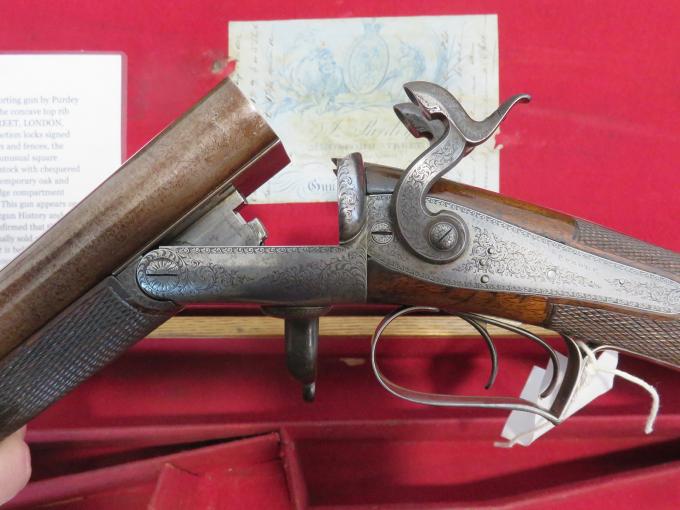 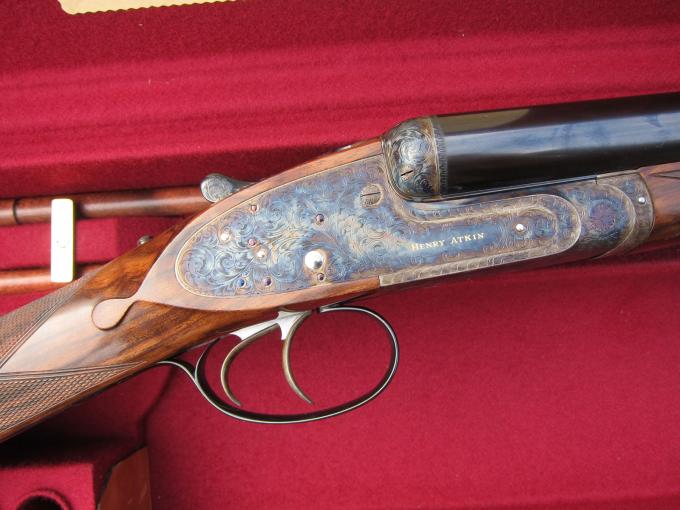 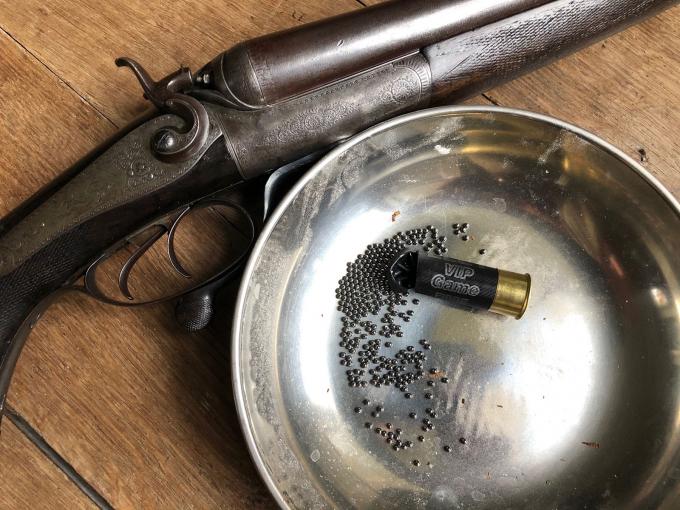