Are sporting guns a good place to sink a large amount of money in anticipation of receiving a useful bonus when you sell them?

The short answer is ‘probably not’ but the long answer requires a careful discussion of the issues. It is a subject on which not everyone in the gun trade agrees. Here we shall try to outline our rationale and let the reader decide. 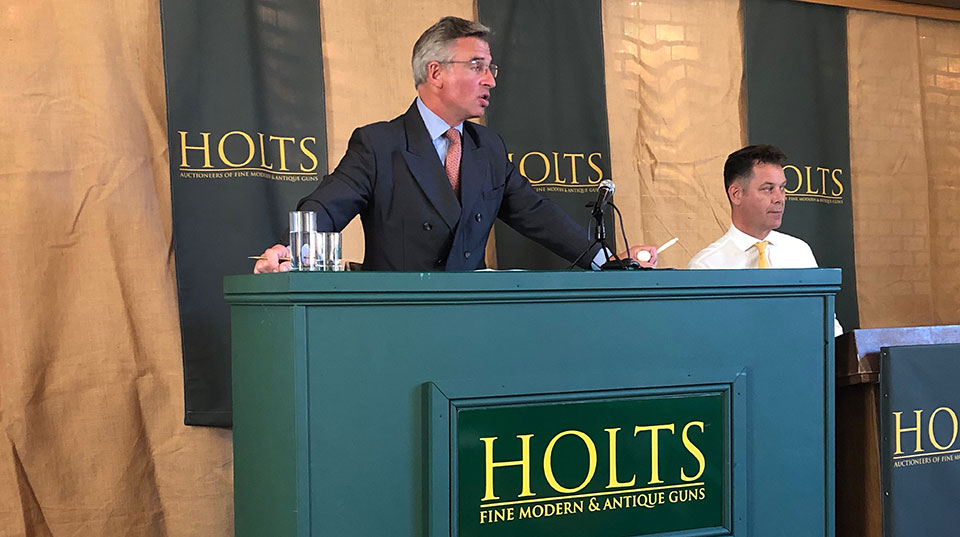 A recent discussion with George Juer at Purdey saw him assert that if you buy a new Purdey, you will get your money back and make a small profit in a decade if you sell through the maker.

I just do not see that in the market at large. I certainly do not see it in the market outside Purdey’s show-room. A new Purdey is currently £141,000. Are we to think that in ten years’ time, a decade-old gun is going to make that figure plus a couple of thousand profit? It is true that Purdey prices have risen massively in the last ten years. Can they seriously continue on the same trajectory in the next? The overall current inflation rate is 1.7%.

In 2012 a new Purdey was £71,000. The cost has basically doubled since then. In 2030 will the new cost be £300,000? Elderkin’s currently have a 1978 Steve Kelly engraved extra finish Purdey side-lock for sale. New cost would be £180,000. The gun is offered for £42,000 and has been available for some time. However, when you look at the original cost of the gun, which was £7,500 that looks like a pretty good return on ownership. George is correct when he says that inflation will often take care of the investment. However, we must remember that the inflation of the 1970s and 1980s was a lot higher than it has been in recent years, for most goods. In 1978 it was over 8%.

As a dealer, I’m often approached by vendors with collections to sell. The prices they will realise today are not currently representing a profit on original outlay, if the guns were bought in the last twenty years. From the mid 1990s to around 2008 prices did rise strongly and people did make money.

Those days are gone. If you bought guns during those years, selling now will cost you money. since 2008 the market has been stagnant. Whatever you bought, if you sell now you may get your money back, less the dealer’s profit, so expect to lose 10% - 20% on total outlay.

One dealer based in the West End told me recently ‘Nobody is looking for pairs of English guns. It isn’t like they are looking and finding the price a bit strong and haggling, they are just not looking’. If the old adage is to buy in a depressed market and sell in a rising one, now is the time to buy.

However, markets are not currently flooded with good guns. Because prices are low, people are not selling. Sometimes it requires the stimulus of a period of falling prices to make people realise that there are some great deals to be had and that gets the money flowing again and the prices rise as sales increase. We are not there yet.

This may be bad news for investors looking to profit from their purchases or retirees hoping to cash-in their portfolio and put some money in the bank but if you are an enthusiast who buys guns because you like them rather than with the intention of making money, the British gun still represents a lot of fun and quality for the outlay required.

It is just necessary to get out of the investor mindset. We buy cars, guns, washing machines, golf clubs, clothes etc all the time. Only with old guns do people seem to think they have a right to make money rather than lose it. The truth is that if you buy a good British gun and use it for a decade, you will probably get your money back, if you sell it in the same condition.

If not, whatever you lose - consider as rental. Spend £5,000 on a nice side-lock. Even if you lose 20% over ten years, you have had ten years of shooting a great gun and it has cost you £100 a year. That is less than most shooters spend on coffee during a season.

We must get out of the habit of asking ‘What is this gun worth’ and ask ‘what will it sell for today?’ Notional concepts of worth are academic at best when considering vintage items. 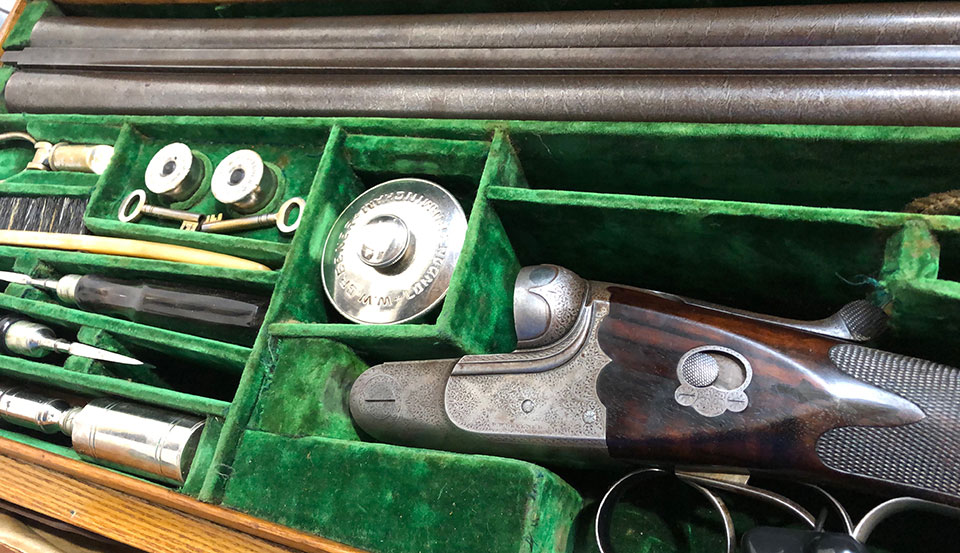 The value people place on items shifts with each generation. A art dealer friend recently recounted an estate sale where he valued a third tier impressionist paining, at a retiring doctor’s house. It had been purchased as an investment thirty years ago in a Florida studio for $40,000. Today it might make $2,000 at auction. This generation of thirty-somethings with money to spend on art are not interested in this kind of painting. Andy Warhol is much more exciting to them.

We have seen similar downward spirals with ‘brown furniture’ and collectible pottery and ceramics. What appealed to our, antique-hunting, parents and grandparents does not appeal to our children.

To me, the rocky road investors are travelling tilts the market back into the realm of the purists. People who like the guns for what they represent rather than for the money they could make. As a dealer, it makes life hard but as an enthusiast it brings hope that people who do not have big budgets can once again afford to indulge their love of the old and unusual.

I hope that the man shooting a Boss hammer ejector will again elicit interest and amusement from his companions for the joy of the exercise, rather than being admired for having the means necessary to purchase such a rare and valuable investment.

Perhaps guns have found their level for now. A Boss side-lever hammer ejector was offered at Holts in September with a reserve of £15,000 and failed to sell. The figure represented the price it made in the same rooms a few years ago.

The gun market is not dead. When nice guns appear, they do sell. They sell quickly if they are genuinely good guns offered at a relatively low price. The market, therefore, is functioning but is favouring the buyer; especially the buyer who is buying a gun to use and keep, rather than to flip and make a profit. 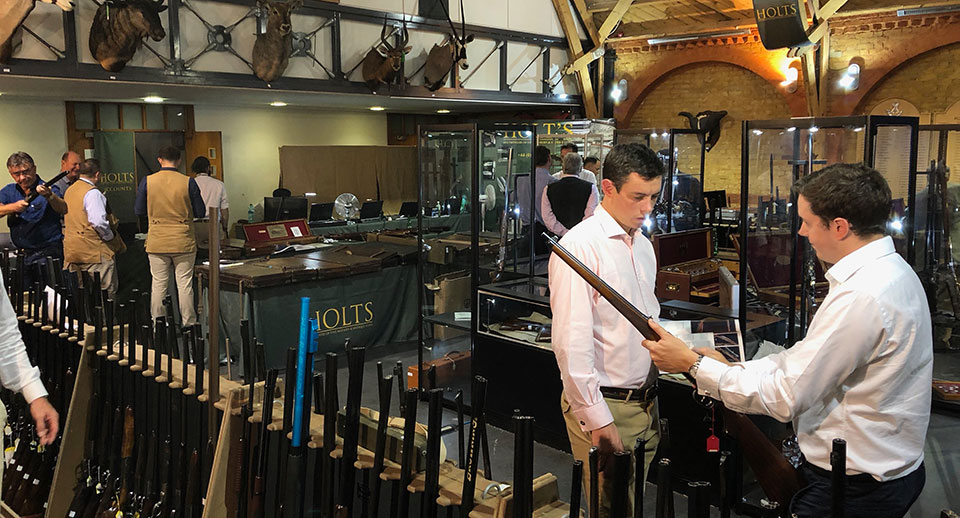 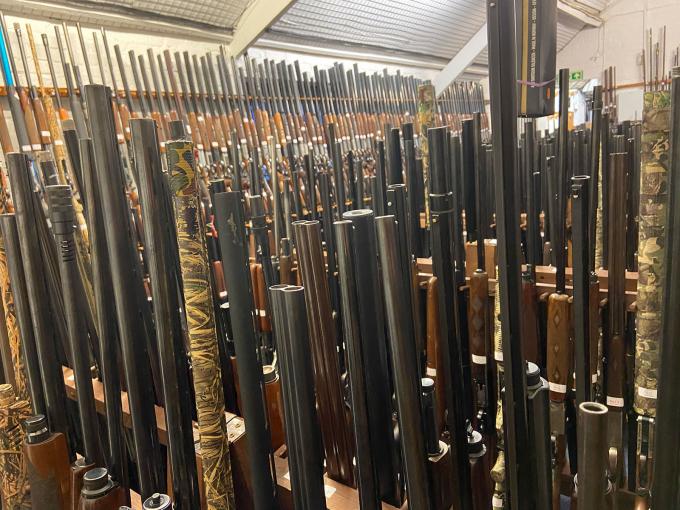 Clear Out to Help Out

Holt's will auction your donation free of charge. 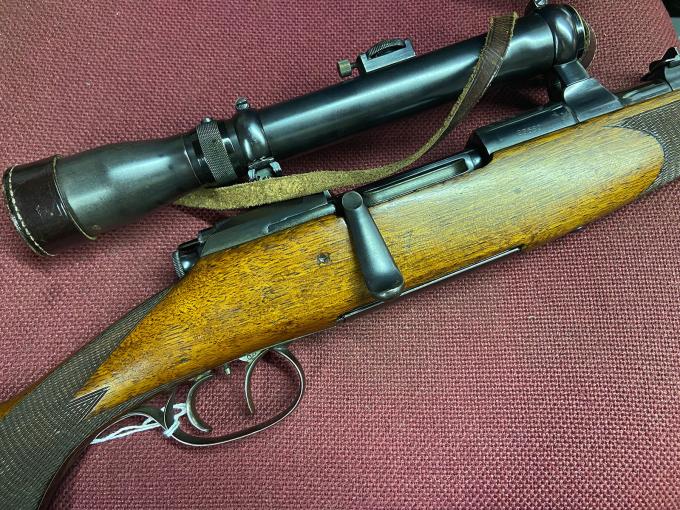