Any shooters looking to find a quick guide to what steel loads they can opt for in their British guns can now refer to a handy chart from Gamebore. This shows all their steel loads and explains exactly what proof status you gun needs in order to use them.

In simple terms, the loads available fall under 'Standard' or 'High Performance'. The Standard loads are suitable for use in ordinary guns with 2 3/4" (70mm) chambers. The High Performance loads are only for guns stamped with the Fleur De Lys symbol. In all cases, Gamebore recommends you use no choke constriction tighter than Half Choke.

The exemption of 'Damascus barreled guns' from the guidance is an 'arse covering' move by the company, in our opinion. It provides for the likelihood that guns of this type and age are likely to have been significantly worn or altered duting their life times and may have pits, thin walls, enlarged bores or even tight-for-gauge bores, as was the pracice in the mid-to-late 19th century. There is nothing intrinsically weaker about quality Damascus barels, in fact tests in 1900 showed many of them to be more hard-wearing than the steel barrels then available.

None of these loads may be used in guns with traditional 2 1/2" (65mm) chambers. If you gun has these, as most pre-war British guns do, teh good news is Eley has produced a 'Grand Prix Traditonal' Steel load in a true 65mm case. As soon as they are available, we shall be testing them and reporting back. 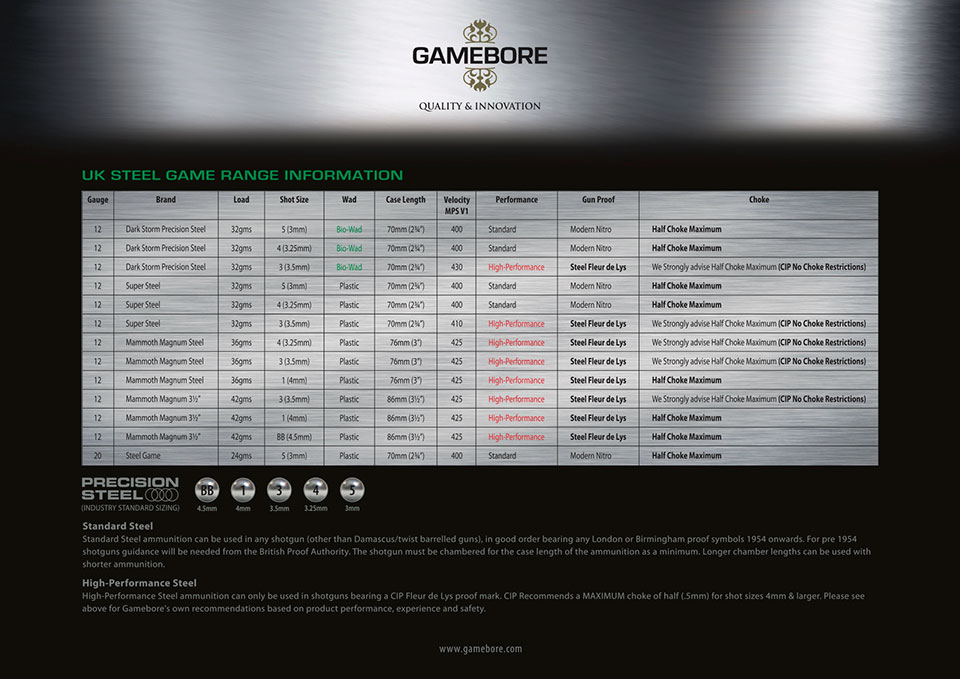 The need for a 65mm cased game load with steel shot has been clear since the major shooting organisations  announced their suport for a five-year phase out of lead early in 2020. The challenge to produce effective steel loads for general use has coincided with the realisation that plastic pollution must be addressed with some urgency. The hitherto common use of strong plastic cup wads to buffer the steel shot and prevent barrel damage is clearly a problem in this regards. Eley has launched a fully degradeable, non-oil-based, compound called the 'Eco Wad' but it is, as yet, only available in 70mm cases for Standard pressures. 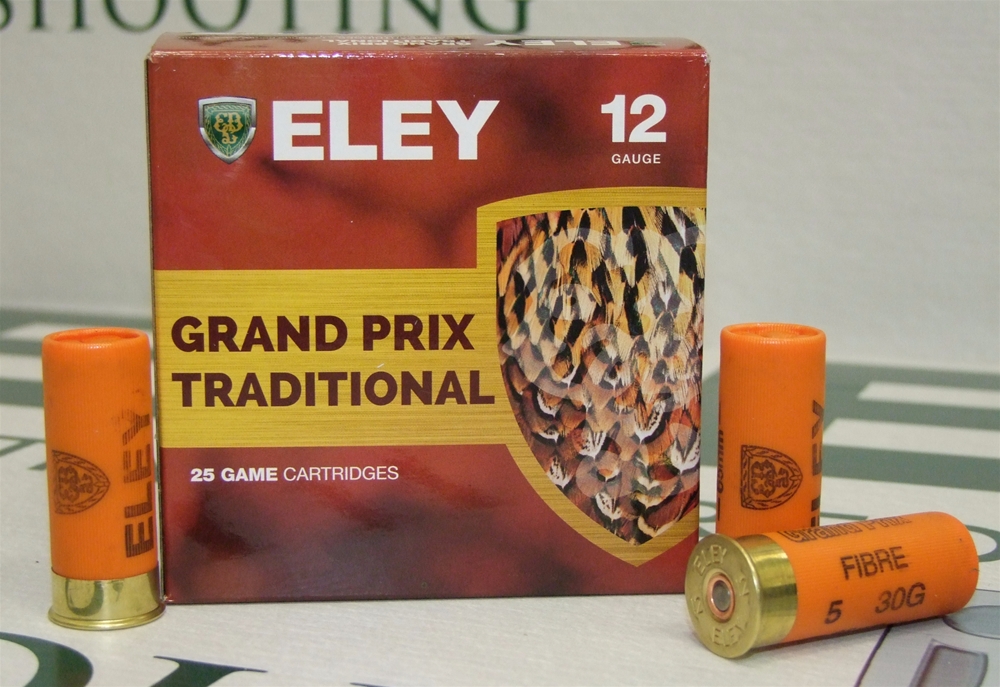 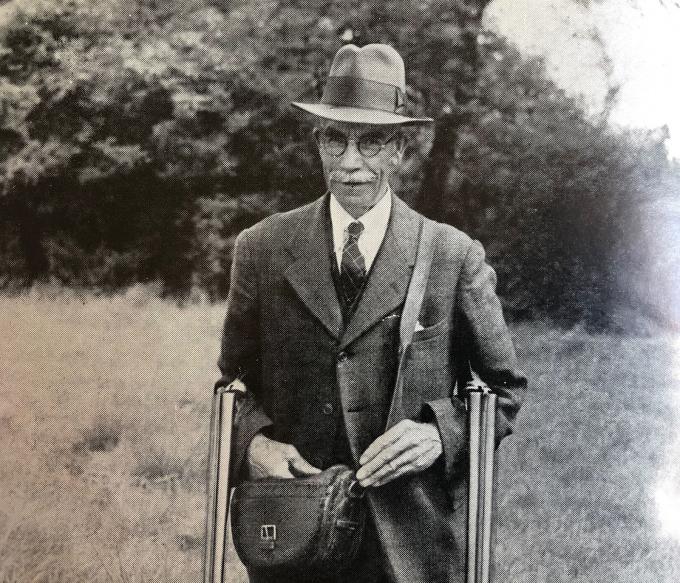 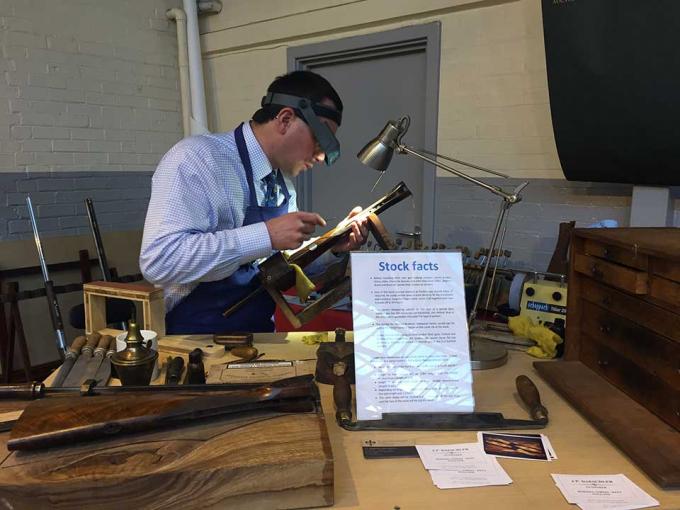 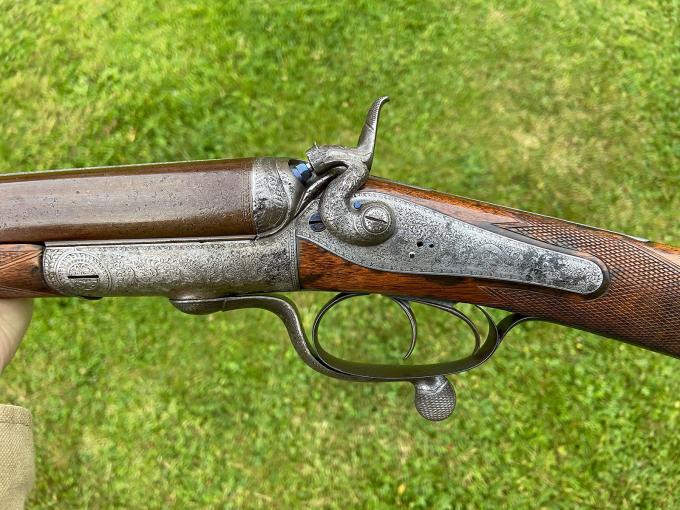 We accept the challenge of restoring a wall hanger to active service. 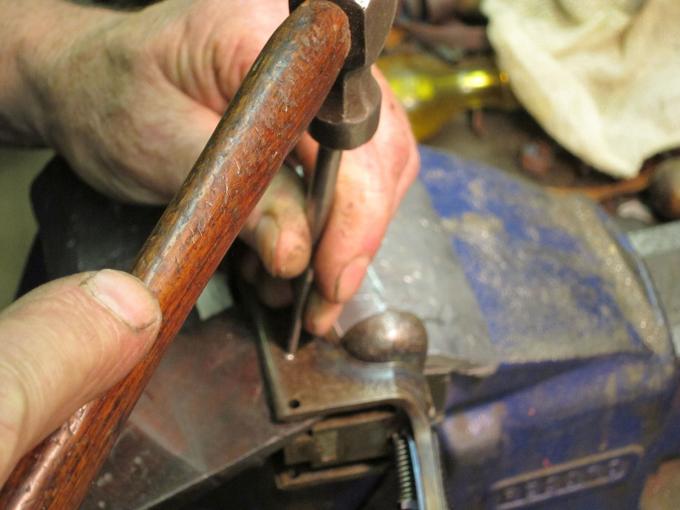