Old guns can sometimes tell a story. The story that appeals most to collectors is the provenance of the gun: who owned it and what they did. A good story can add a lot of value. If you could find the derringer that assassinated President Lincoln or the Grant 16-bore that Queen Victoria gave to ‘Bertie’ for his birthday, in 1871, you’d have a rare and valuable item.

However, even guns without a famous owner can harbour interesting information within their very fabric. The aficionado values the work of the best gunmakers of their day and, thanks to some good scholarship and the presence of some useful gunmakers’ records, this work can often be identified.

Celebrity craftsmen are something of a modern trend. The English norm was that the man whose name graced the gun was responsible for delivering it to the customer in perfect order. In doing so he took the credit. The individual workmen he employed or commissioned for various parts of the job were of no consequence, and certainly considered no business of the customer.

Only the records gunmakers kept for themselves remain to confirm the names of the stockers, engravers, barrel makers and ejector fitters, among many others, who were involved in the production of a quality sporting gun. Some of these men were employees, some what the trade call ‘outworkers’. These men had their own premises in many cases and were paid by various well-known gunmakers to provide their particular services, be it blacking, case-making, stocking, or whatever. 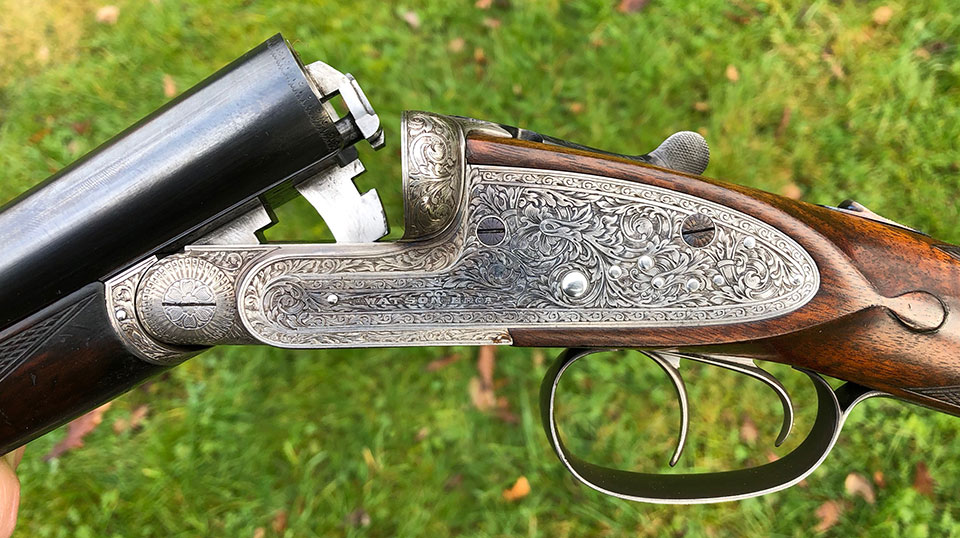 This was especially useful when production pace was running faster than the in-house gun-making team could keep up with, or when there was a specialist service required for a special order, which fell outside of a particular firm’s area of expertise or normal product type. Essentially, the out-worker system provided flexibility. If somebody came to Boss and ordered a Purdey actioned gun, they could say yes, if someone came to Purdey and wanted a Holland & Holland type, they could do likewise.

Some outworkers to the trade have become quite well known and a Watson Bros 20-bore that recently came into my gun room exemplifies two of them. While made in 1925, by Watson Bros, the well-known and long established London firm, it was stocked by a man called Ebenezer Hands and engraved by Harry Kell.

...it was stocked by a man called Ebenezer Hands and engraved by Harry Kell.

The gun actually arrived with a replacement, straight-hand stock, However whoever replaced it had the sense to retain the original stock and it was sold with the gun, through auction last year. The replacement stock was of decent quality and figure but the original is far more distinctive, with the lighter hue of French walnut. It has a semi-pistol grip to it and a clumsy addition in the form of a ventilated rubber pad on the butt.

The finish is scratched and dented but the wood generally in good condition and not showing excessive wear. The give-away feature, which confirms the identity of the man who shaped the wood almost a hundred-and-twenty years ago is at the front of the comb, where a small protrusion, not quite a tear-drop, is left, where it would normally be progressively cut into a blade at the nose. This was a trademark of Mr Hands.

For curious readers, a 1956 Pathe News film is available on YouTube describing the process of gun making. It is filmed, I believe, in Grant & Lang’s London showroom at 7, Bury Street and features Ebenezer Hands chequering a new gun.

The film claims he was eighty-four years old at the time and clearly still working. It is said by some that he worked until he was ninety-one. In 1925, Hands would have been fifty three years old and in his prime, as I am now at the same age! My task now is to see to the restoration of the old stock, its re-fitting to the gun it once graced and adjustment to suit the new owner.

The reason the Pathe film shows Grant & Lang’s premises is that Grant & Lang had bought Watson Bros in 1935 but kept the name going as a brand until Fred Buller bought it in 1984. Since 1989 Watson Bros has been owned by Michael Louca and operates as a stand-alone business from London premises once more. 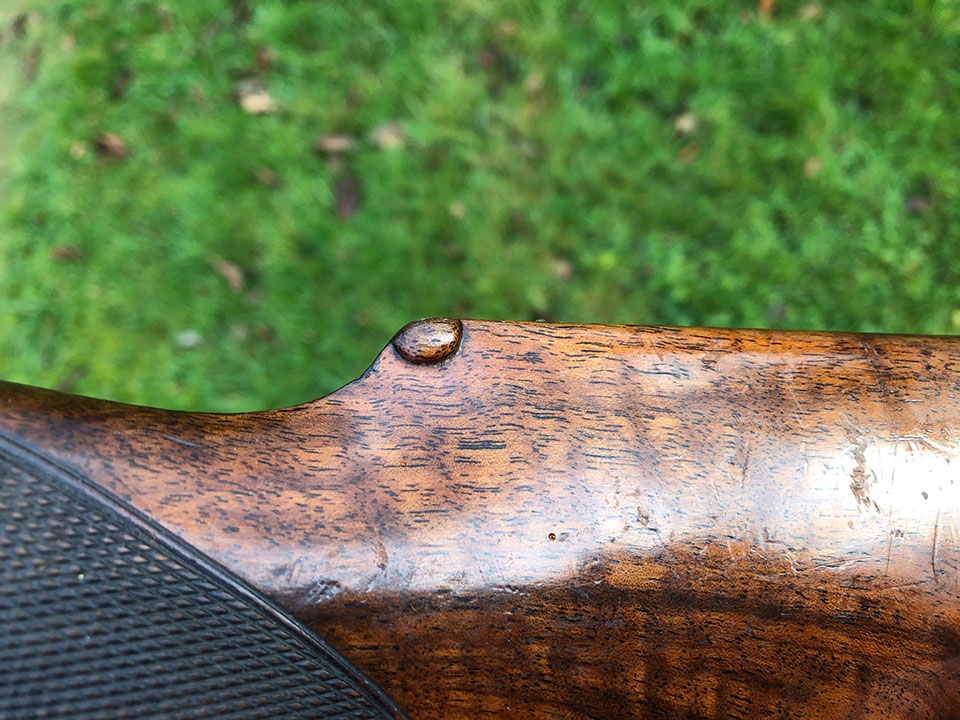 Watson Bros gained something of a reputation as makers of smaller bore guns and this pretty twenty-bore side-lock is a good example. They often made use of the skills of Harry Kell, who was free-lance engraver based in London.

In December 2004 Bonhams sold Kell’s pattern book for just under £6,000. He specialised in larger scroll work (as well as game scenes) , with distinctive layout and pattern variation. He died in 1958, spending the last year of his life working at Purdey’s.

Kell engraved for all the major gunmakers of his day, including Rigby, Holland & Holland and Churchill. Today, his work is considered a selling point and he is, the precursor to ‘name’ engravers, like his apprentice at Purdey, Ken Hunt, who became visible in their own right in the second half of the twentieth century. Today, many engravers sign their work, in Kell’s day it was not the done thing, yet his execution is distinctive and often makes clear whose hand was on the graver.

Kell’s large scrolls wear well; like everything on a best English gun, practicality and utility meld with artistry and beauty to form a seamless package of excellence. This 1925 twenty-bore has seen service for close to a century, yet it is remarkably well cared for and clean. I have no doubt that it will do another century of reliable service, if required.

The current market is a favourable one for buyers. This side-lock was purchased at Bonhams for under £9,000, including all fees. Service and restoration work to return it to its original form may add another thousand pounds but it will be close to as good as new.

To have a gun of this quality and style made in England today would cost in excess of seventy thousand pounds. The base price for a Holland & Holland side-lock is now well over a hundred thousand. What’s more; if looked after, this gun will never be worth less than it is today. The pleasure of ownership is, no doubt, enhanced by the knowledge that two such iconic gun makers were involved in its manufacture. 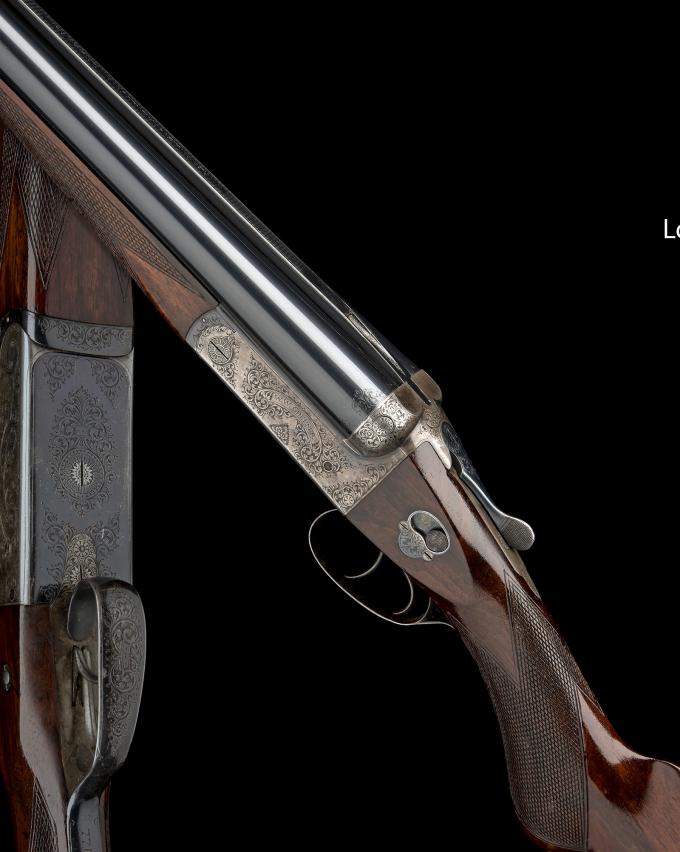 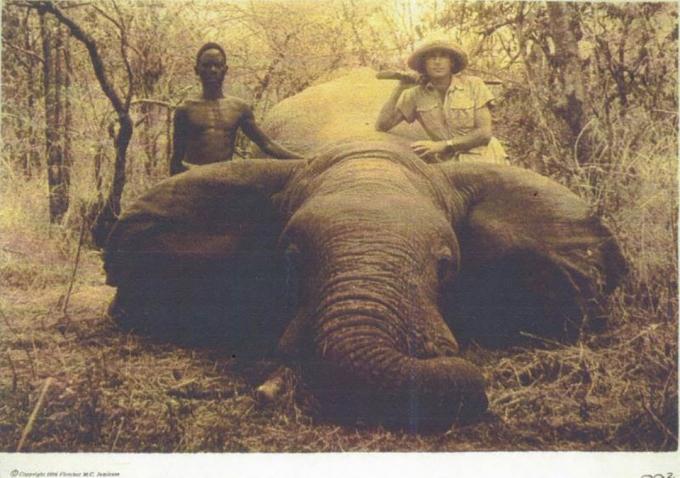