Compared to the inventive prowess of James the Younger, the efforts of subsequent generations are often overlooked. In part, this is due to the nature of their inventions; neither Athol nor Tom were gunmakers in the sense that James had been, and so their efforts were focussed on improving the gadgetry which might benefit their clients in the field.

Athol applied for five patents, but was successful in only three cases, and Tom applied for just one. For the most part, these designs appear to have been out of production since before World War Two, but provide an insight into what both father and son considered to be necessary shooting accessories during their respective eras.

Athol Purdey
Of Athol’s five applications, the two that were unsuccessful were abandoned at such an early stage that no details about them survive, other than that one, in 1908, related to ‘shotguns’, and the other, in 1915, related to ‘rifles’. The latter may be related to his other patent of 1915, which is discussed below, but any further conjecture would be pointless. 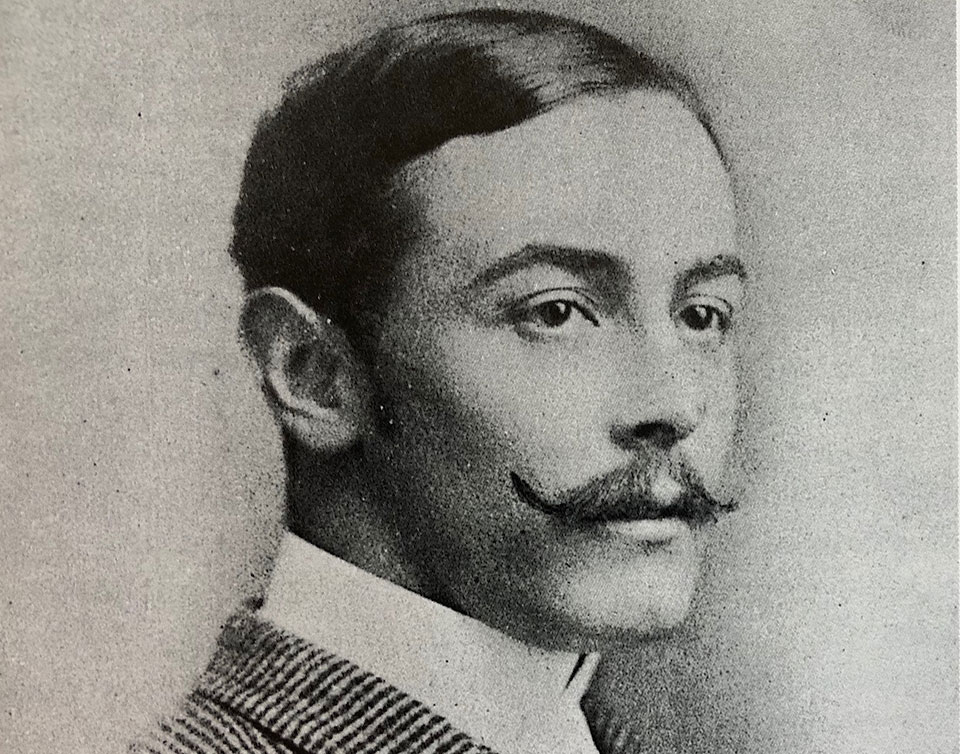 Patent No. 19027, of 17 August 1897 – Padded left-hand glove
This was an attempt by Athol to solve a problem which still exists today. During extended periods of firing, a splinter forend gives only limited protection to the palm of the hand, and the fingers are exposed to the barrels. As such, some form of protection, in the form of either a leather-covered hand guard or specialised glove. Athol’s approach was to pad the grip surfaces of a left-handed glove with an asbestos or similar material, providing heat resistance without compromising a shooter’s grip. Most shooters of this period were taught to shoot right-handed, and perhaps this is why Athol felt it was necessary to specify that the design related to the left hand only. Although a logical accessory, no marketing has ever been found relating to this glove, and as such it is not known how successful the design was.

Patent No. 3188, of 27 February 1915 – Muzzle Protector
This patent covered a type of shooting accessory that was designed to combat a specific issue faced in World War One. Due to the nature of trench warfare, it was very common for mud to get into the actions and muzzles of soldiers’ rifles. This could potentially render the rifle useless at the worst possible moment, and so various methods of preventing this were used by the army. These ranged from canvas action and muzzle covers, which were very effective against mud but would potentially retain water, to various designs to provide a plug to the muzzle. As a group, they are sometimes referred to as “Flanders Flaps” after the most complicated example, which featured a hinged cover, screwed to the rifle and with a spring to keep it open and out of the way of the muzzle when not required. This in itself was dangerous – if the plug was too solid, it would potentially cause the same blockage that the army were trying to avoid! To prevent this, they were normally held in such a way that, if they were left in place when the rifle was fired, they would be forced aside or entirely off the rifle by the bullet. As a reminder to the soldier, most were designed in such a way that the protector also blocked the sight picture, so that he could not sight the rifle until he had removed the protector.

Athol’s design apparently entered service under the heading “Muzzle Protectors, No. 3”, although this was never officially noted in the government’s record of stores. The design was amongst the most simple, being made from pressed steel, with two arms that clipped around the foresight-protector, and two semi-circular shapes that were each stamped with a dimple. This meant that the protector could be fitted either way up, and would still plug the muzzle effectively, and could be produced on simple hand presses. These were installed in the basement of 84 Mount Street, attached to Audley House, and were apparently operated by a very young Harry Lawrence, in his first job as an apprentice. The first invoice in the company records for these is dated 31 March 1915, and the first 9,985 were invoiced at 2½d per unit. From 20 April, the unit price was halved to 1¼d, where it remained until the last invoice was issued on 11 February 1916. In total, 134,863 protectors were made in a little over ten months, but none are known to have survived today, and the only image of them that remains is that attached to the original patent specification.

Patent No. 15985, of 23 May 1929 – Walking Stick, adapted for Shooting Practice
Athol’s last patent, issued shortly after he had taken semi-retirement from the business, is another ‘gadget’ for the shooting gentleman which is very much of its time. A walking-stick was fitted with folding trigger, close enough to the handle of the stick that it could be used as a pistolgrip. A notch was cut into the stick to allow the trigger to rest flush when not wanted, and a spring arrangement was fitted to the trigger so as to provide resistance and an audible ‘click’ when the trigger was pulled. This was a form of training aid, allowing a gentleman to practice his swing and follow-through on birds when out walking, should he desire. One of these sticks survives in the Purdey collection, and may even be Athol’s own example. Again, it is not entirely clear how many were ever made, but they represent a move away from entirely practical inventions, towards what might now be described as ‘shooting aids’.

Tom Purdey
Although Tom was certainly not without ideas of his own, there is only one successful patent to his name, in 1926. James Purdey & Sons had become a limited company the previous year, having taken investment from the family of Jim Purdey’s second wife. This appears to be the reason that he registered the patent jointly with the company, unlike his father and grandfather. This is also the only design for which advertising material, in the form of both the adverts and printers blocks, survives. 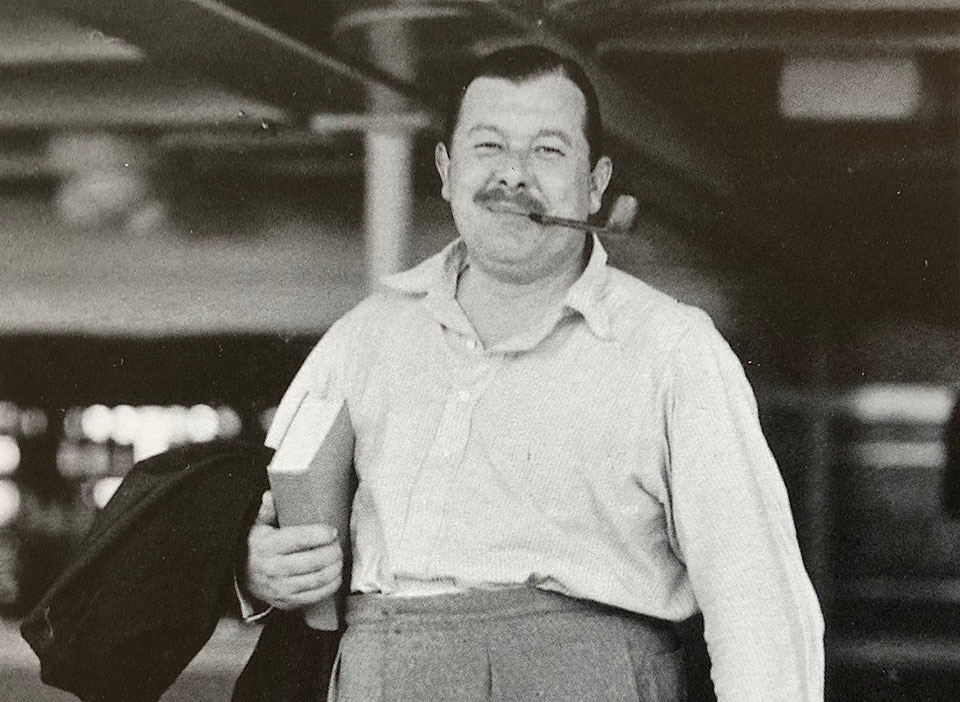 Patent No. 271,570 of 1926 – Shooting Stick Cartridge Holder
This was a combination of two applications that year: 5523 (26 February) and 19,052 (30 July). Both described a form of speed-loader, designed so that ten cartridges would ‘stand brass end uppermost’, readily to hand for someone who was shooting on a peg without a loader. Although the final patent essentially combined the two applications, I have split them here to better demonstrate the design.

Patent no. 5523 gave three potential designs:
For sticks with a padded seat, the seat itself had holes made for cartridges, laid out so that they could be removed ‘two at a time if necessary’ for loading purposes. Each hole had a drainage passage at the bottom to allow rain water to run out.
If the seat was simply leather ‘stretched between two branches’, then a similar holder would be made, but with straps and fastenings to secure it to the existing seat. The holes in the holder would be the full width of the cartridge, and a second band would be secured to the underside to stop the cartridge from sliding all the way through, and in which the drainage holes were cut. This holder was hinged, so that it did not have to be detached for the seat to be collapsed.
Similar to option 2, but rather than having a flexible holder that could be collapsed, a stiff piece of leather was used, with the holes cut in a similar manner to the first design. This would have to be removed before the seat could be collapsed.

Patent no. 19,052 was an addendum to the previous application, describing both the second or third option, but was designed to be ‘applicable generally and more especially for shooting bags.’ However, the description is relatively broad in its description, and although the holder could apparently either be permanently attached to an item, or given buckles to attach it ‘to any suitable article’, no further details as to exactly how this was proposed to function were given.

The final patent, issued on 29 October that same year, combined these two applications together, accompanied by illustrations to show details of the holder’s construction and usage. The detachable holder, seemingly in line with option 2 above, was advertised in the Christmas edition of Shooting Times that year, at a cost of 15 shillings, and with a note that ‘Shooting sticks of various types can be supplied with the seats ready recessed.’ However, no sales figures or accounts have been found, and it is not known if the design continued to be marketed after that year.

Although none of these inventions have been as enduring as those of James the Younger, they demonstrate one of the issues that affect long-standing companies – the challenge of innovation. The hammerless ejector gun required little to refine it after about 1890, and those iterations were more likely to come from the men working on them than the owners of the company. In turn, as Purdey had little demand for an Over & Under design pre-war, they were not motivated to innovate in that direction until 1923, at which time they faced the unenviable task of attempting to create a product that did not infringe on existing ideas. Instead, being both shooters and salesmen, they attempted to find that next ‘must-have’ accessory for their clients, something which the gun trade as a whole is still seeking today. 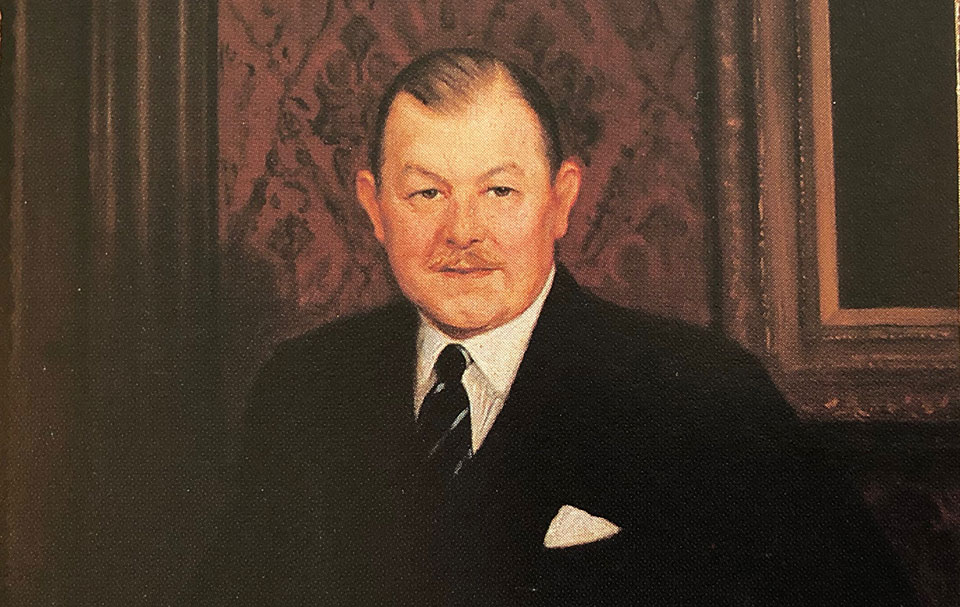 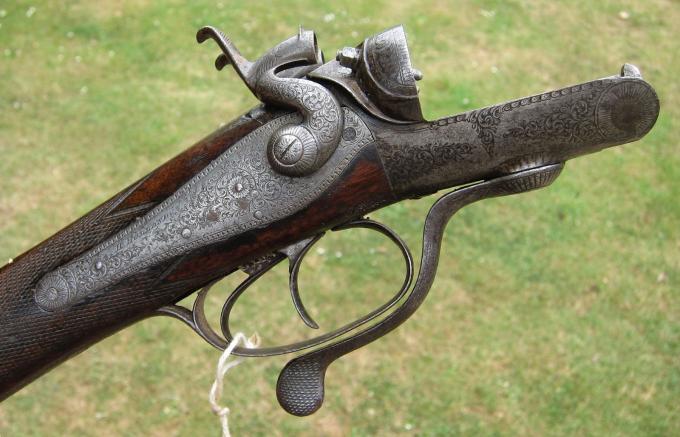