The origins of locking mechanisms for breech-loading shotguns go back to the pin-fires brought to the attention of the British at the 1851 Great Exhibition, by LeFauchaeux, and taken up by London gunmakers; Lang being one of the earliest of them, and quickly developed into what we now regard as modern sporting guns.

The next couple of decades saw a great deal of argument about the safety of breechloaders. They also spawned a multitude of locking mechanisms, each designed to be stronger than the last. Everyone was obsessed with making the breech-loader lock-up as tight as a muzzle-loader and inventive minds were applied to the task in the workshops of London and Birmingham.

Many of these inventions, like Henry Jones’ under-lever and screw grip, are worthy and strong. Others, like Cashmore’s multi-grip boxlock are ugly and bizarre and one occasionally struggles to see how some of them, like Scott’s patent with exterior twin conical bolts ever made it into production.

Henry Tolley was one man who applied his mind to the task. He was late to the party with his patent 461 of 1877 because Purdey has long since created his 1863 double under-bolt and seen it mated with Scott’s spindle or Greener’s slightly clumsier alternative in order to operate it by means of a top-lever. When well made, nothing but a Purdey bolt is required, as a quick look at any 20th century London side-lock will confirm.

However, Birmingham had something of an obsession with strengthening the lock-up. Greener goes on about it in the Gun & its Development right up to the last edition of 1909. Birmingham guns often featured doll’s head rib extensions, largely based on the Westley Richards original. However, by 1877, rather than rib extensions being the sole means of bolting, they were ‘belt & braces’ devices, usually fitted in addition to the Purdey bolt.

Into this arena stepped Tolley. His gun was conventional in that it had a top-lever and Purdey bolt, but extending forward from the top-lever was a hook. Extending back from the rib was a type of doll’s head, with a square-sided ‘L’ shaped profile, which slotted into the standing breech, with the short base of the ‘L’ pointing upwards. When closed, the hook projecting from the top lever, mated laterally with the ‘L’ shaped doll’s head and added a third grip. The firm gave it the title ‘Giant Grip’ and I have seen examples from time-to-time; hammer guns and boxlocks. They have tended to feature on guns of decent but unremarkable quality and have always been a curiosity.

I had a surprise recently however, when I uncovered one of the nicest hammer guns I have seen for some time. It was a bar-action gun by J&W Tolley, with rounded profile bar, quality damascus barrels, early, straight-drive strikers and ‘C’ scroll hammers, (later hammer guns have the strikers at an angle, as they are less prone to stick in soft centre-fire cartridge caps that way) and very tasteful full-coverage engraving. It also had the most beautifully filed fences and was the best example of a Tolley ‘Giant Grip’ I have ever seen. It even had the name ‘Giant Grip’ engraved in finely executed script on the rib.

I wonder if it could have been a demonstration piece or a special example, perhaps even the first gun of it’s kind? It is certainly odd! Why would a maker like Tolley go to the length and expense of making a hammer gun in the late 1870s with a near-obsolete action and a new patent bolting mechanism and finish it to such a beautifully high standard?

5226 is the serial number, which suggests a date between 1875 and 1887. This is not precise enough to be of much help as we can see from the patent date that it likely arrived post 1877: and 1887 as an upper date gives us a whole decade of possibility.

Tolley was best known for big fowling pieces; plain four and eight bores, many of which are still in regular use. To discover a rare, elegant and beautifully crafted gem like the little 12-bore in the photograph is a treat indeed. I have a feeling I’ll discover more about it with further investigation. It is unusual finds like this that make the subject of Victorian sporting guns so fascinating. You really never know what weird and wonderful combination of the unexpected will turn up next. 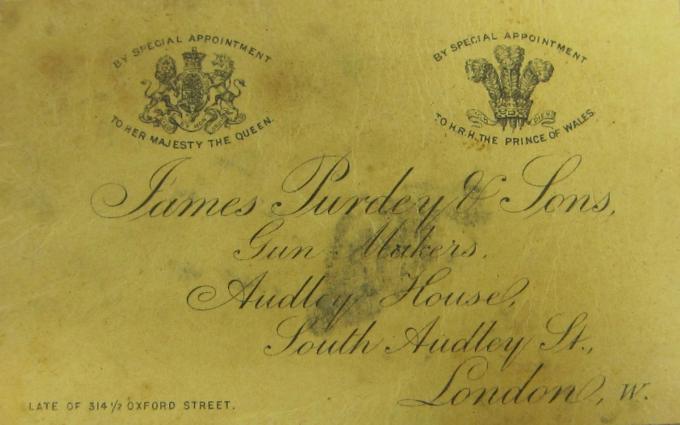 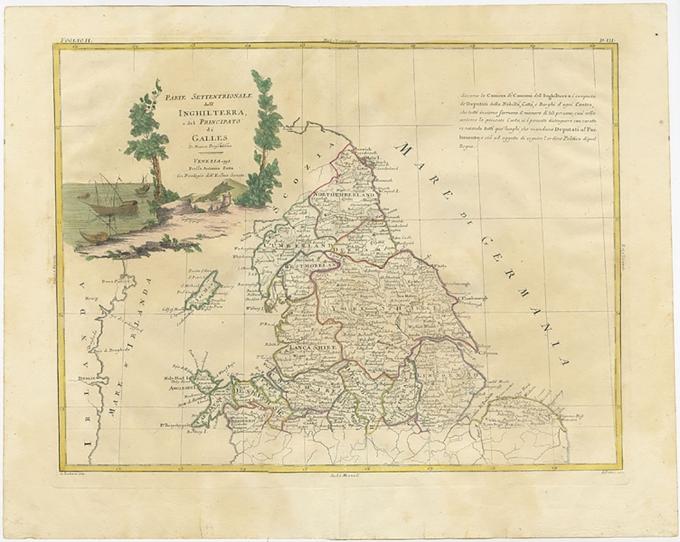 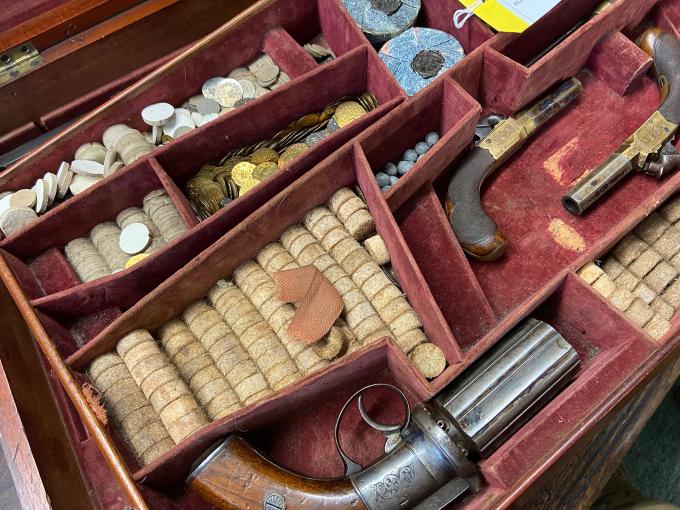