This card and ink Greener label is not listed in 'The Greener Story'. but it is one of the elder Greener, William; not his son, William Wellington Greener.

William Greener moved to Birmingham in 1844 (from Newcastle) and set up his business in 'Aston New Town', now the Birmingham district of Aston. This address is noted on the lower part of the label. 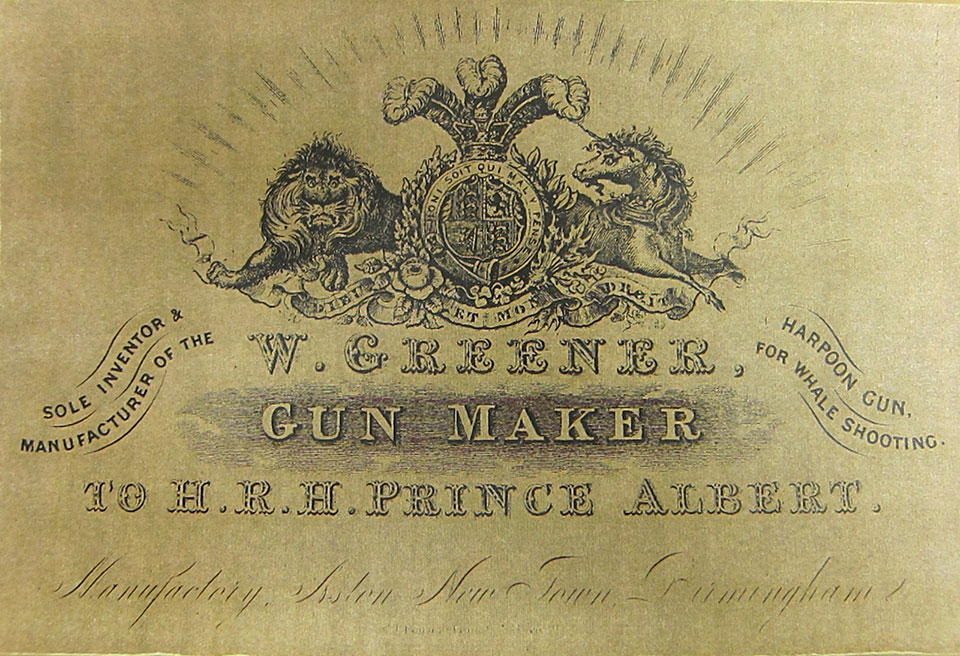 The label refers to a 'Harpoon Gun for Whaling'. In 1848 William Greener won a competition for harpoon guns held at the London Docks, firing a harpoon an impressive 120 yards.

He obtained Prince Albert's warrant in the 1850s, which is the likely date for this label, which would have adorned the case of a muzzle loader.

William Greener was distrusting of breech-loaders, which caused a rift between him and his son. He died in 1869.