Peter has hunted in Africa with his Watson Bros .475 (No.2) on a number of occasions and always appreciated the perfect balance it represented between utter practicality and aesthetic charm.

When you carry a double rifle in the bush for hour after hour and then have to rely on it in an instant to come to the shoulder, steady itself in your hand and deliver two shots under control in rapid succession, confident that they will arrive in the desired location and deliver the necessary damage, shock and awe required to kill your quarry humanely and keep you safe, you don’t suffer bad rifles gladly.

However, the pleasure of ownership of a quality double rifle is akin to driving a perfectly maintained vintage car or motorcycle. The look, touch, smell, balance and responsiveness of the thing is intoxicating, beyond its mere ability to fire a bullet into a target.

This is why Peter hunts with old rifles and collects them. He is a careful buyer, rather than prolific but he has built quite a collection of pretty, historic and practical rifles and shotguns, all of which he uses in the field. 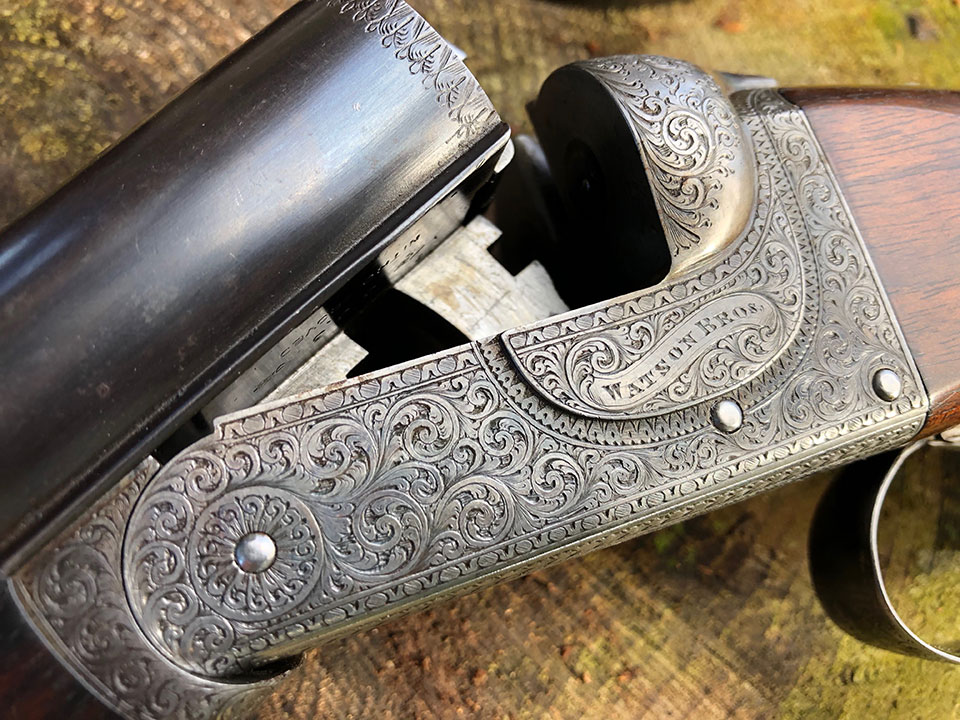 The .475 (No.2) is a powerful cartridge intended to stop thick-skinned dangerous game animals, like Cape buffalo and elephant, in their tracks. The Watson Bros rifle was built on a very reliable platform; the Anson & Deeley boxlock with a Webley Screw-grip, Purdey bolt and top lever operation. It has Baker ejectors and two triggers. All these patents are among the most reliable of their kind, even under harsh conditions and when subjected to outright neglect.

The .475 was designed to be taken to Africa and used in tough conditions, in situations where failure could very easily result in the death of the user at the teeth, claws, tusks or horns of the most dangerous quarry man can engage on foot. Form had to mirror function. Yet, beauty was also in-built.

The care put into the finishing is admirable, lovely shapes, perfect mating of metal parts to one another and of wood to metal. Engraving is tasteful and extensive, it complements the rifle rather than overwhelming it. This is a case of engraving tying together the entire gun, not using the gun as a mere platform for the engraver to show off. A perfect, practical, yet beautiful means to add beauty to functionality.

The years have been kind to the Watson Bros. It has worked but it has not been worked to death. Time has added character, patina, a little wear and a few honourable scratches and dents. Peter know that when he needs it, it is ready to do business. In the meantime, he can admire the skill of the gun maker every time he picks it up in his gun room or cleans it.

Knowing the rifle as I do, I was unsurprised when Peter asked me to have a look at a Watson Bros rifle at Holt’s in 2019. It was outwardly very similar to the .475 and was made around the same time, so the attraction was obvious.

Peter fancied a composed pair of similar rifles. The candidate was in the once very practical and popular round that the Americans call ‘.303 British’. We know it simply as the ‘.303’, ubiquitous as it was when the service rifle round of the British Army from the Boer War, through World War One, World War Two and beyond. 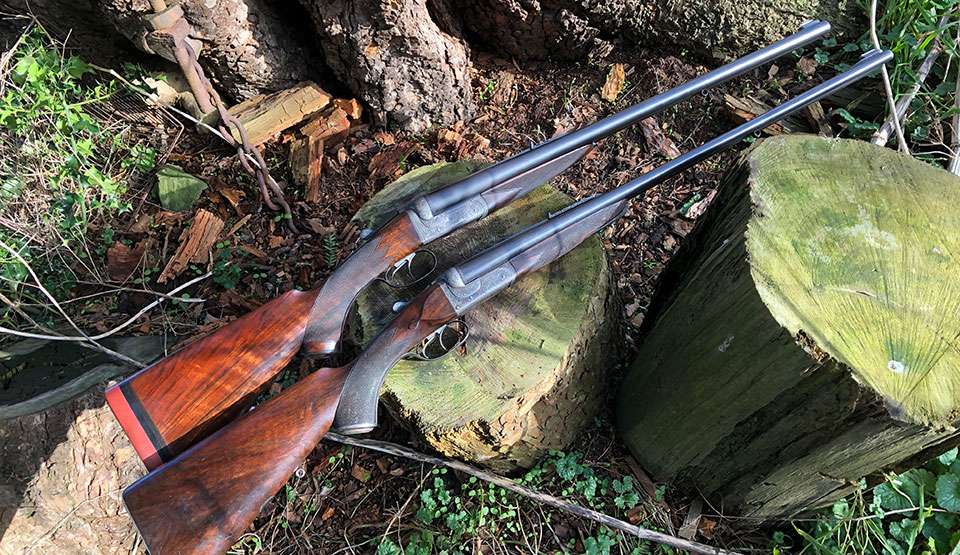 The .303 was a sensible calibre in which to have a sporting rifle made before WW2. Wherever you were in the Empire, some ammunition would be available, be it sporting or military stock. As a medium game calibre it is a good all-rounder. While not an elephant rifle, .303 rifles have killed a lot of elephants. As a medium game rifle it will reliably kill anything up to the size of a Kudu and when used skilfully, it accounted for a great many Cape buffalo.

Today, it is seen more as a round for wild boar. In practical terms it is as capable as a .308 at ranges out to 500 yards, not that you would expect to use an open-sighted double rifle to take 500 yard shots very often. It is more of a forest or scrub rifle, for taking rapid shots at relatively close range.

Sporting ammunition for the .303 is available from Hornady and Federal, amongst others. However, the relatively slow moving bullet, with a muzzle velocity of 2,400 fps, does not quite make the legal threshold for red deer stalking in Scotland, which would put off many buyers looking for a deer rifle.

Peter lives in New Zealand and often hunts further afield so the peculiar ‘Scottish problem’ did not overly concern him. I inspected the rifle at Holt’s and was pleasantly surprised by the originality it retained. It had been sensibly stored and little used. 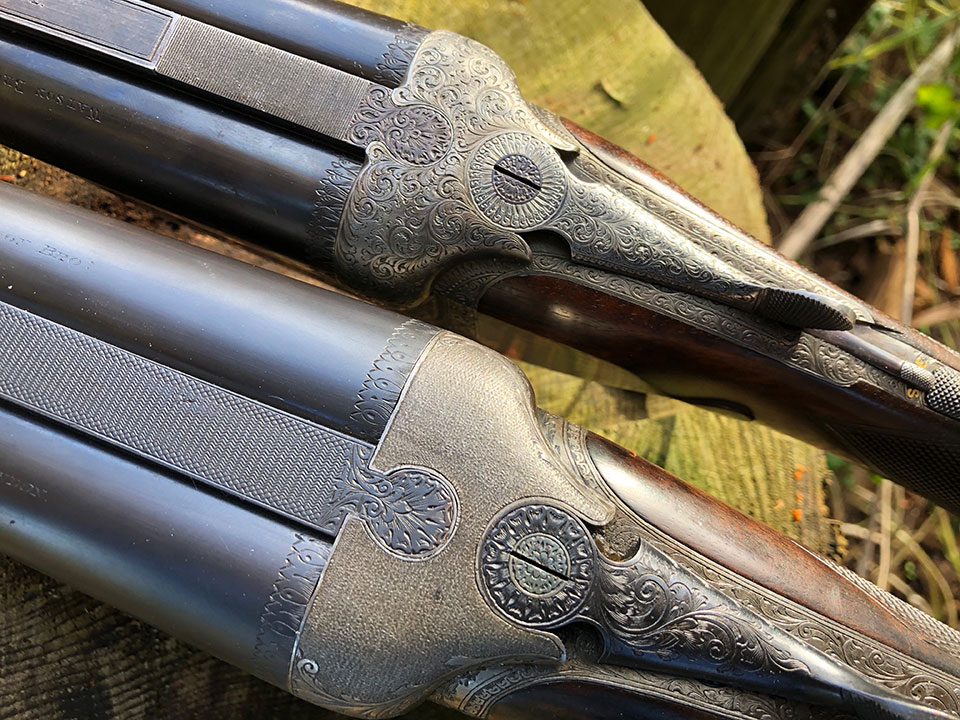 The two rifles are remarkably similar and closer than 100 serial numbers apart. The .475 is engraved very much in the manner of Harry Kell, who Watson Bros often used to engrave their guns. His scroll style is distinctive. The .303 has a more standard type full coverage scroll of a very high quality.

Both actions have a distinctive bolster at the radius and full pistol-grip stocks with metal grip-caps. The .475 has an Anson pushrod forend while the .303 has a grip-catch. Both feature a quarter-rib with one standing and further leaf sights. The .303 has a safety bolt, preventing inadvertent release of the safety slide. Stocks are of dark, figured walnut of a sensible type for a powerful rifle; not too fussy, and both have fitted sling eyes.

I see the attraction. Both rifles feel and handle with a degree of familiarity. Peter now has a pair of beautiful rifles; each perfect for a very different hunting environment. 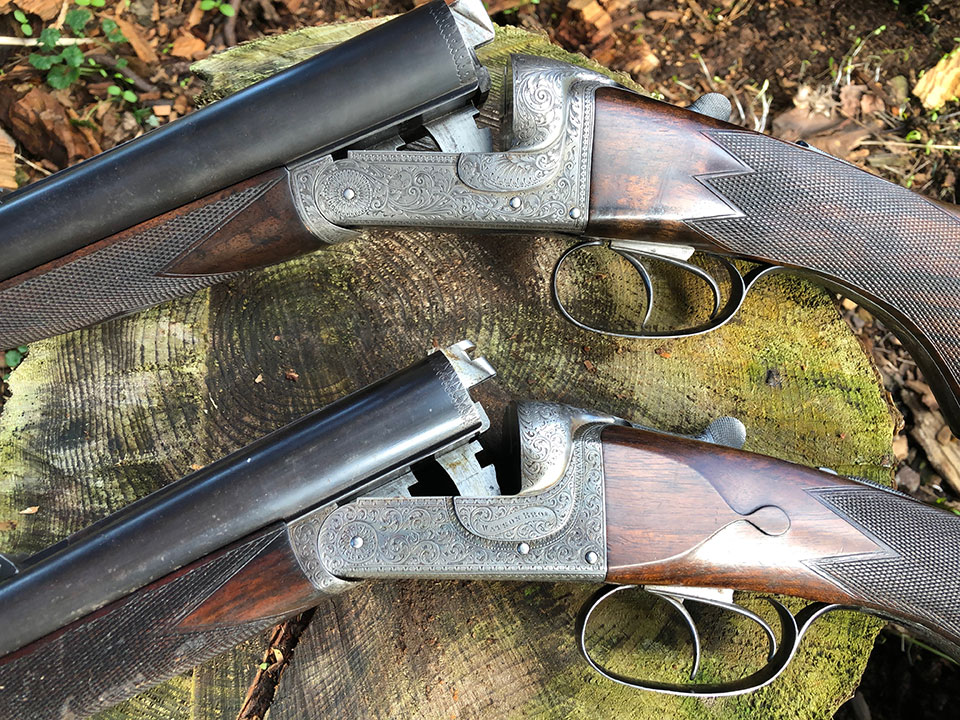 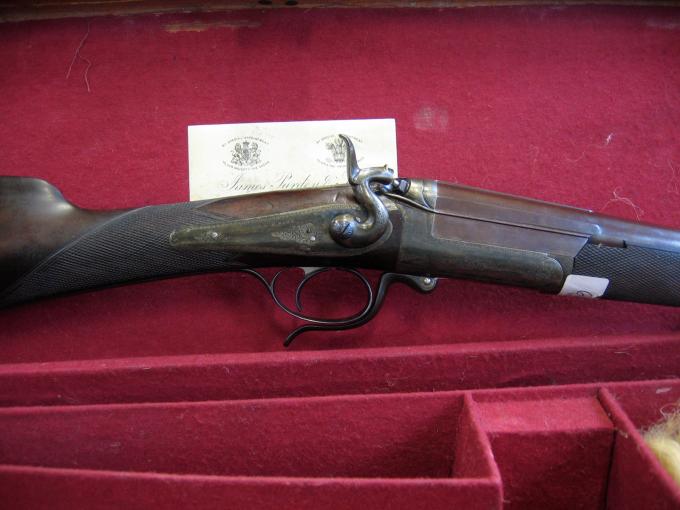 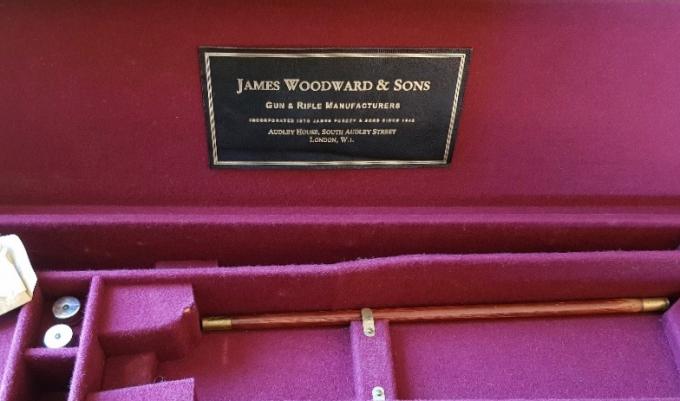 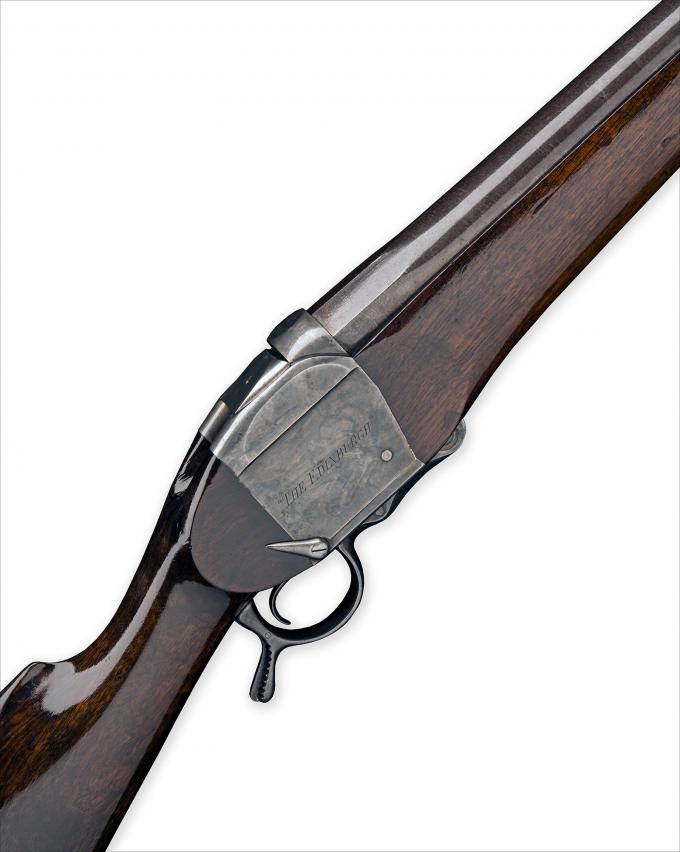 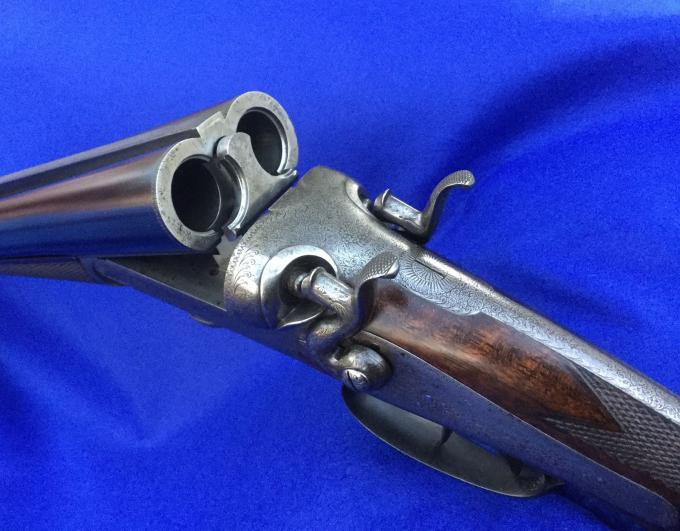