Perhaps the two classic hammerless actions facing most buyers looking for a top class English shooting companion are the flagship models of the two famous firms. Certainly, a question I am asked all the time when discussing the option for a pre-war side-lock is, “Which is the better gun?”.

Now, normally when I write about guns, I am in the fortunate position of writing about stuff built and sold by long-dead gunmakers whose marketing departments are not going to cry ’foul’ any time I criticise their product. So, I can be honest without fear of recrimination. I always feel sorry for writers who have to review some hideous contraption, just launched onto the market, and read them struggling to find something nice to say about the laser etched parrots on the alloy action or the ham-fisted chequer on the plank-like stock.

Perhaps I need to be more diplomatic than normal here, since the Purdey side-lock and the Holland & Holland ‘Royal’ are current production models. Fortunately, I’m not going to struggle to find nice things to say about these two premier actions of their type.

Similarities.
Firstly, let’s consider where the guns match up. Both are bar-action side-lock ejectors. Both have always been made to the very best standard, in the London factories of the makers. Both actions can be traced back to the late 1900s; the Purdey to Beesley’s patent of 1880 and the Holland to their patent of 1893. When addressing build quality, both guns will be fully and beautifully engraved, usually in the house style of the firm. Both will have well shaped, graceful and properly balanced stocks. Chopper-lump barrels are standard and the fit and finish of the metal parts will be top-class.

With regard to the incidental operating mechanisms, most examples of both models will generally have top-levers (occasionally you will encounter a Purdey with a side lever, a Jones under-lever or a snap under-lever). The top-lever is mated with a Scott spindle and the common Purdey double under-bolt. Either type may, or may not, have a concealed third bite, but most will not. Forend fastening on both models will be by Anson pushrod. Disc set strikers are also common to both.

Differences
For all their outward similarities, the two guns operate on totally different systems. The Purdey is a self-opener with both the locks and opening mechanism powered by the mainspring. The Holland also has a self-opening system, but this is powered by a separate unit, with coil springs, fitted under the forend iron. The mainspring in the H&H only fires the locks.

Holland & Holland use the ubiquitous ‘Southgate’ type ejector. They, quite rightly, refer to it as a ‘Holland’ ejector, as Southgate was not the only one to patent the over-centre principle. The Holland ‘A-B ejector’ was an in-house patent. Purdey ejectors are a little more complex and are particular to the model. They have also gone through more modification over the years.

Some Holland ‘Royals’ have hand detachable locks, which was an option. Purdeys do not. Th Holland lock can be detached by means of a lever on the lock pin, which can be screwed out.

My observations of handling characteristics are that Purdeys tend to be balanced slightly forward of the hinge pin, the Holland on the pin. The Purdey action in an otherwise equal weight gun feels slightly heavier, placing weight between the hands and giving the gun a real solidity and maneuverability which is very confidence inspiring. The Holland is delightfully balanced and perfectly proportioned, with no real idiosyncrasies.

Small stylistic differences exist in the shapes - the Holland & Holland has a diamond shaped hand, while the Purdey is rounded. The Purdey version of the splinter forend is slightly deeper than the Holland shape. While both models will be encountered with bespoke engraving, the typical H&H style is a deeper, relief of acanthus scrolls. The Purdey house style is tiny bouquets of roses with ultra-fine scroll. The Holland, perhaps looks more ‘modern’ in this respect. It is certainly more obvious.

Both guns have the ‘stocked to the fences’ modern look, which has come to be known as the ‘London pattern’ and copied by everyone since 1900. With minor modifications, the modern Purdey is essentially the same Beesley action gun they were making in the 1890s and the Holland & Holland is the ‘Royal’ model with 1922 self opening system, also pretty much unchanged.

So, which is the best? The qualities of the Holland are excellent manufacturing principles and quality control, real understanding of what makes a best gun look and feel right and complete simplicity. Everything works, there is nothing complicated and the guns are beautifully made. The Holland is easier to close than the Purdey but too much is made of this. You just need to learn how to operate a Purdey, then it is a piece of cake; if correctly set-up!

The Purdey is a mechanism from the mind of a genius. Many gunmakers will tell you they generally rate the Holland as better because it is simple and utterly reliable, easy to work on and much copied. To a functional engineering mind, it all makes perfect sense. To someone repairing or making a gun, it is infinitely preferable.

The Purdey has to be made beautifully to work and be reliable. The materials have to be top quality if it is going to last and the fact that very few other gunmakers have successfully copied it shows these challenges to be beyond the capabilities of most.

So, I have to make a call. Two guns on the table, equal in weight, purpose and quality. Which one will I take shooting? Which would I prefer to own as my sole gun? I have to say that the qualities are so close, the merits of each so clear, that it has to come down to personal taste and idiosyncratic preference. Wonderful as Holland’s are, for me there is nothing in hammerless guns to compare with a perfectly made and set-up Purdey. 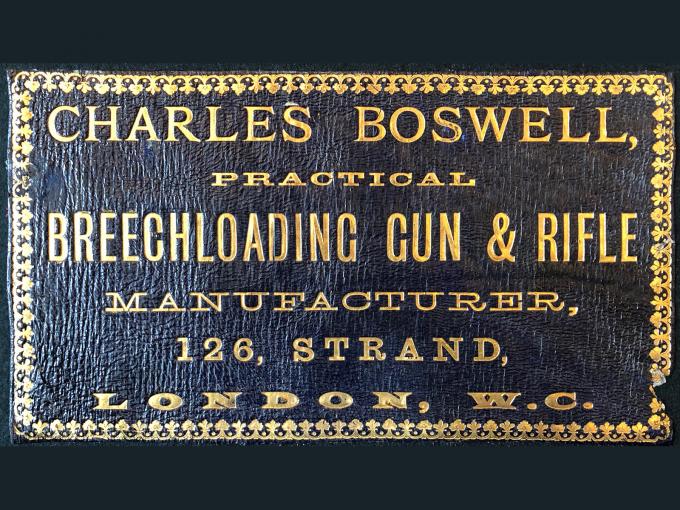