Once considered obsolete and now replaced by magazine rifles, the Farquharson action with its distinctive under-lever operating a falling block is one one several Victorian single-shot rifles that collectors have long appreciated but gunmakers have ignored for a century. 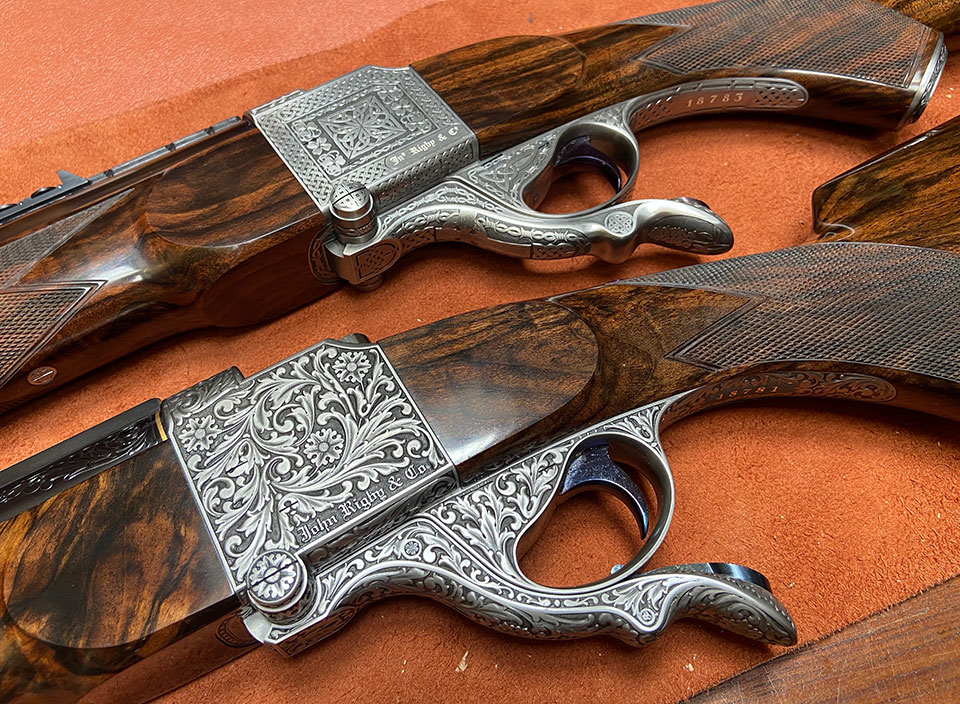 Well, ignored it no longer is. Rigby just finished three of a limited run of ten. The rifles are chambered for the .416 (No.2), which is a rimmed version of the famous Rigby cartridge, first developed for use in magazine rifles.

The rimmed version is a touch lighter recoiling and the case works better in double and single shot rifles, due to the assistance the rim profides in the extraction process of these types.

The first three rifles feature very different engraving patterns, one with a celtic theme, one a baroque deep relief and the last one has medium scrolls and African game scenes.

Machined in England from modern steels, then stocked, barreled, chambered, engraved, regulated and finished in London, the new Farquharson Rigby rifles bring a much loved staple of the deer stalking world back into favour.

The big game version, as produced here, was beloved of many an African hunter, including F.C. Selous, whio was famously pictured with one in camp.

These rifles have their origins in the 1872 patent of Scottish gamekeeper John Farquharson (patent number 1592). It is very robust, brilliantly simple and easy to strip and maintain.

Gibbs was the maker most associated with it in the early days but once the patent protection lapsed, other makers including Rigby made these rifles in fair numbers. For deer stalking .303 was popular and for dangerous game .450/.400 was well used.

It is this performance the modern rifles base themselves on, with the .416 (No.2) actually oput-performing the older cartridge.

Farquharson was not a gunmaker, he was a game keeper and a successful competitive shooter. He had a close relationship with Scottish gunmaker Alex Henry but the pair fell out over patent infringement law suits.

Donald Dallas in his very interesting book on Alex Henry suggests Farquharson, who frequented Henry's workshop, may have been stealing ideas and beating Henry to the patent office with them. 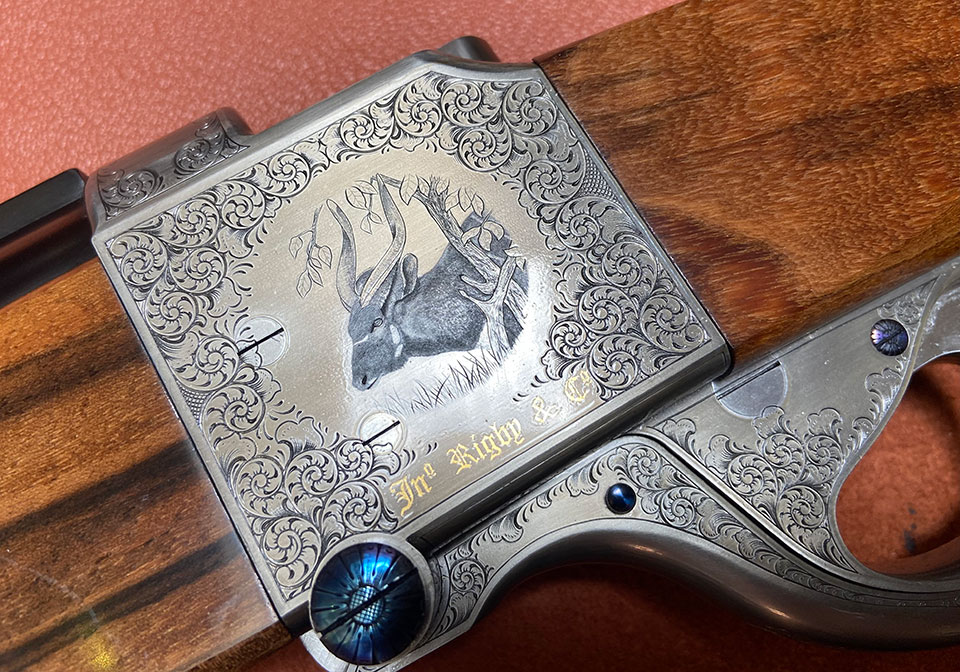 The 1872 law suit was ruled in favour of John Farquharson and Henry had to pay all the costs. Dallas thinks this was likely an unfair ruling and that Farquharson's personality and record of criminality suggest he was probably culpable.

Henry described him as 'an ungrateful, cunning rascal". 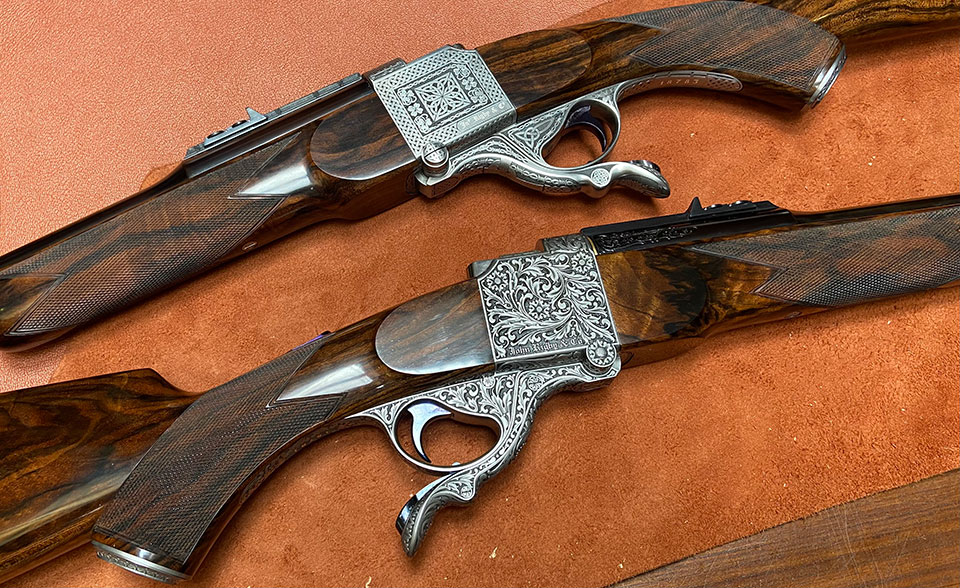 Whatever the origins of the Farquharson action, the 2022 version produced by Rigby is a welcome addition to their inventory, which now includes the 'rising- bite' double rifles built on the Thomas Bissel patent, Mauser '98 style 'Big Game' and 'Highland Stalker' magazine rifles for big and medium game and the rising-bite shotgun, which is available in a range of bore sizes on scaled actions.

An initial run of ten is currently in production, with custom engraving available. The rifles featured here are finished and cost from £39,000 plus VAT.

In a lovely touch of nostalgia meeting modernity, the great, great, great grandaughter of John Rigby, Melissa Rigby, was commissioned to create an enamelled grip cap for the rifles, with the company logo and its limited edition serial number 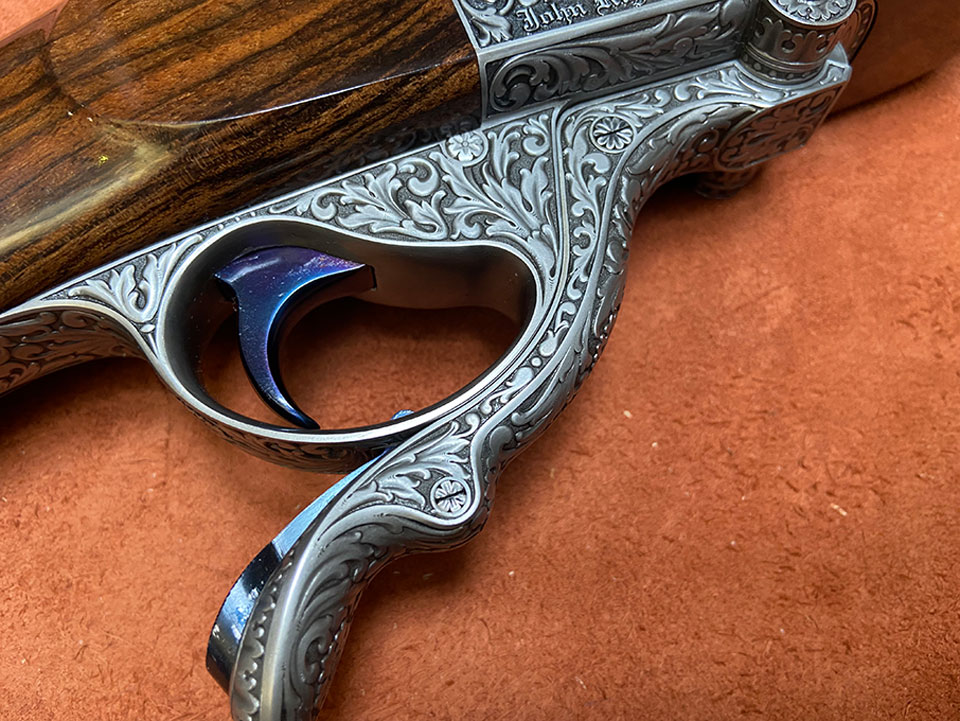 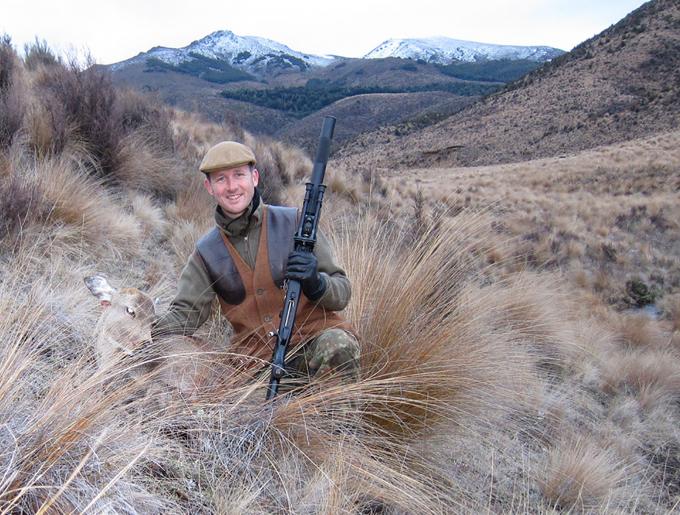 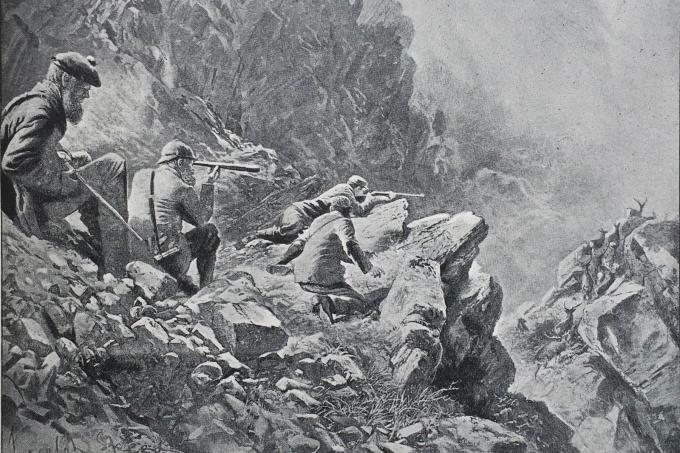 The Best Stalking Rifle in 1910

Sportsmen faced a transition from single-shot to multi-shot stalking rifles. 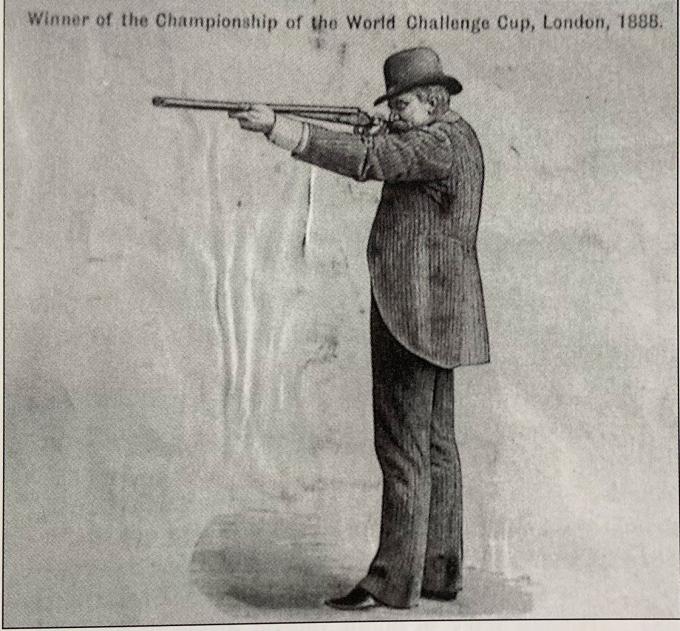