Side-lock actions differ more than many might imagine. The side-lock is, in essence, a hammer gun with the lock-work mounted on  plates, attached to the side of the action by transverse pins. The difference is that on a ‘hammerless’ side-lock, the hammers are mounted inside the lock-plate gun rather than outside it.

Bar Action and Back Action Side-locks. 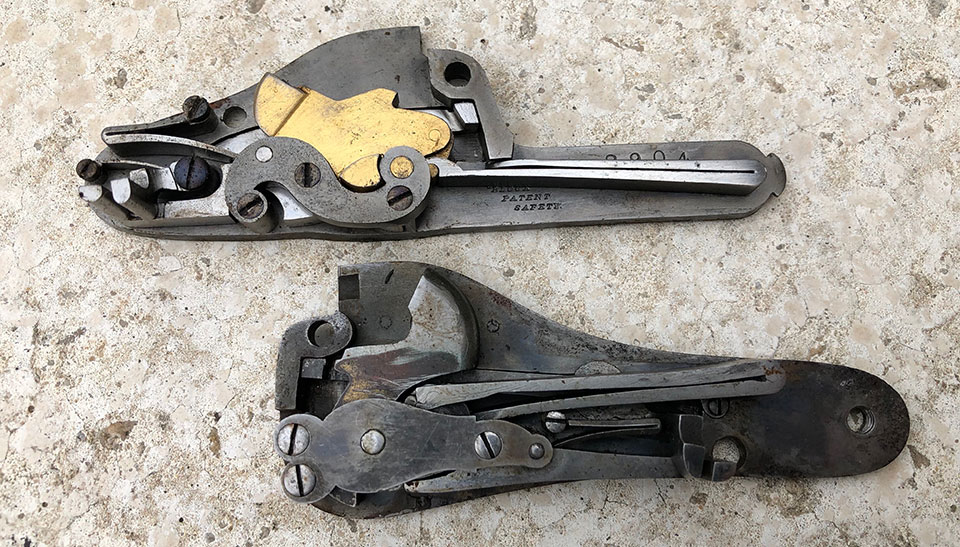 There are two types of side-lock - whether hammer or ‘hammerless’. The Bar Action, in which the spring is mounted on the bar of the lock, forward of the hammer, or ‘Back Action’ in which it is mounted behind the hammer.

With a hammer gun, cocking is simple, the operator pulls the hammer back manually. When the hammer is inside the mechanism, another cocking method is required.

The following options were the most commonly applied to ‘hammerless side-locks’:

The lever is pushed to perform two operations. First it cocks the hammers, second, it moves the bolt to open the gun. The Gibbs & Pitt patent is an example.

The lever merely un-locks the bolt and allows the gun to fall open by gravity working on the weight of the barrels. As the barrels fall, they operate a cocking lever, which cocks the hammers. The Holland second model 'Royal' is an example. 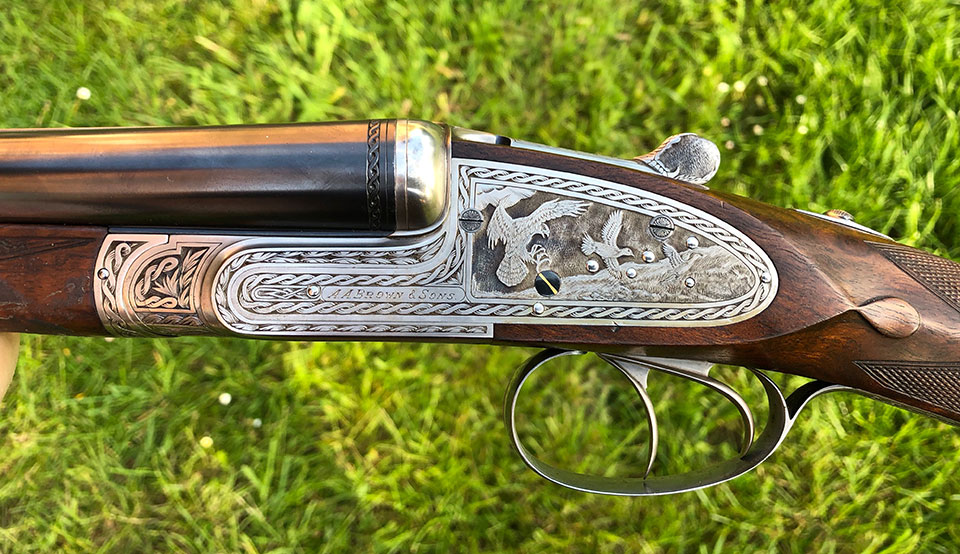 The lever releases the bolt and the spring forces the barrels off the action, while tension in the mainspring is used to cock the hammers. The Beesley / Purdey patent is an example. In actions where the gun is opened under spring pressue only when fired or only whan not fired, is an 'Assisted Opener'. The Smith patent used by Churchill and others is an example. 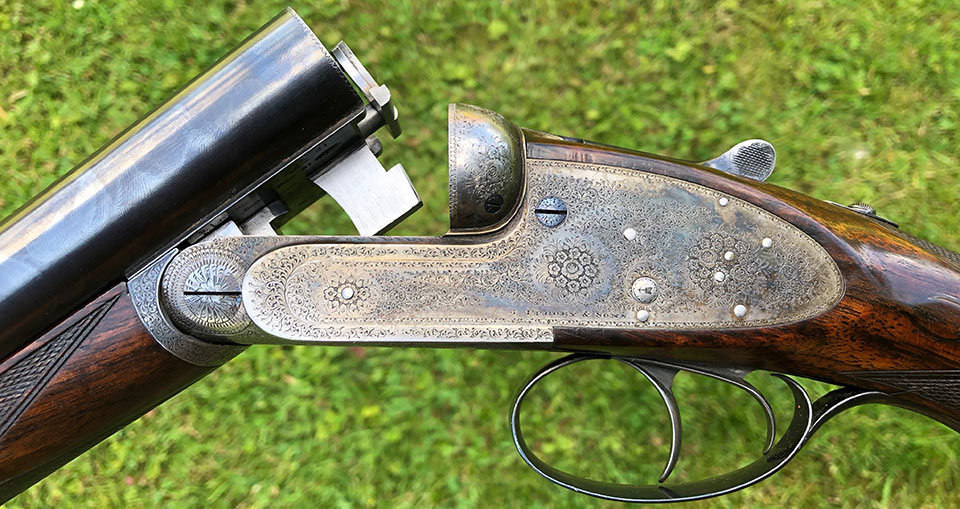 In order to stop a hammerless side-lock from accidentally discharging, some patents include a mechanism to catch or block the falling hammer, if it falls without the trigger being pulled. The Scott & Baker action is an example. 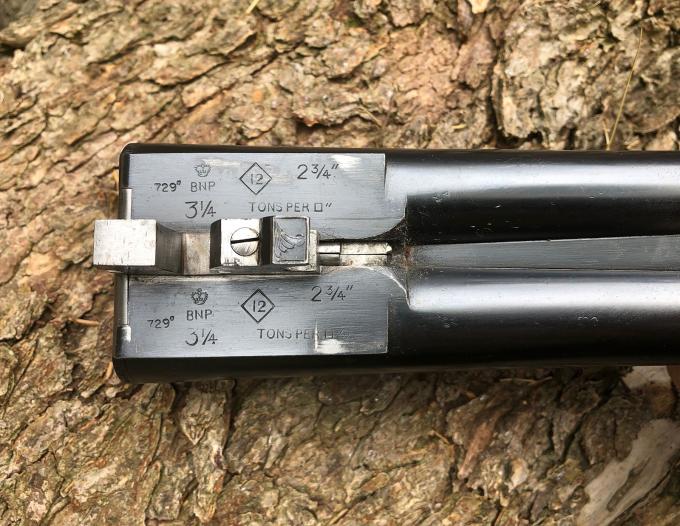 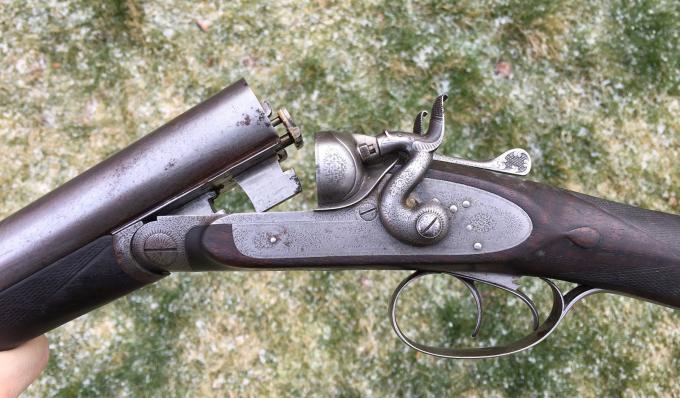 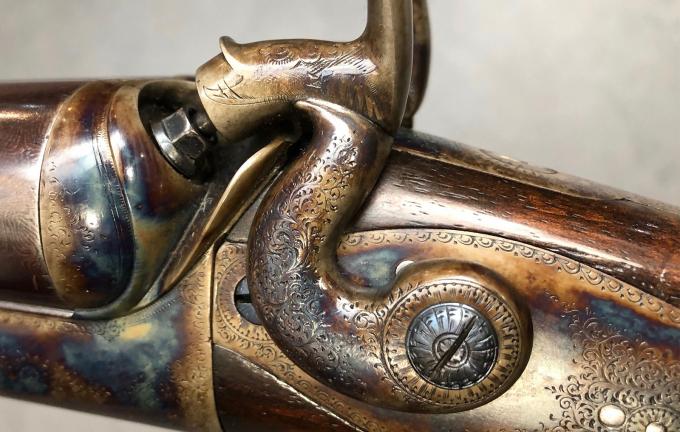 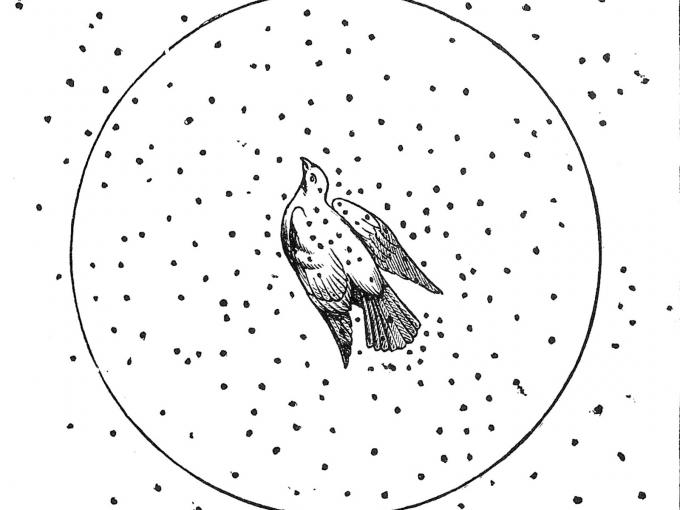 The Right Way to Test a Gun