I bought the gun seven years ago from a retired gamekeeper. It was supposed to be a 28-bore. It isn’t.

Without any ammunition to feed it, the gun just sat in a cabinet until I was presented with it. I bought it, telling myself I’d work something out. Well, today it came back from the proof house ready to be used again.

The gamble was to bore-out the chambers to three-inch .410, then submit it for re-proof (after lapping out some pits). Thankfully, it passed and now we have a serviceable shotgun again; actually, quite a desirable one. I never did work out the original calibre as it was not stamped on the barrels and nothing I had as reference fitted the chambers. I suspect it was a .360. these were made in small quantities as overseas ‘collector’s guns’ for the shooting of taxidermy specimens, with tiny shot.

Happy as I now am to have a neat little .410 of five pounds in weight, with twenty-eight inch barrels and a fourteen-inch stock, the mystery over the calibre it started life as was not the only one surrounding the gun.

At no time can I find any reference to the company trading as ‘Lang & Sons’, though Joseph Lang did have two sons; Joseph and James who were involved in the company. There were several cross-overs with James setting up his own business, which was later reabsorbed into the parent company, and a merger with H.J. Hussey’s business, temporarily creating Lang & Hussey.

Somehow, amidst this mess of family business relationships, this gun was made with ‘Lang & Sons’ on the locks and rib. It has no serial number. The quality is high, certainly fitting the quality of Lang’s output of the time. I’d estimate the date to be around 1870, as the non rebounding locks were already somewhat obsolete by then and the Jones under-lever was a popular action during this period. 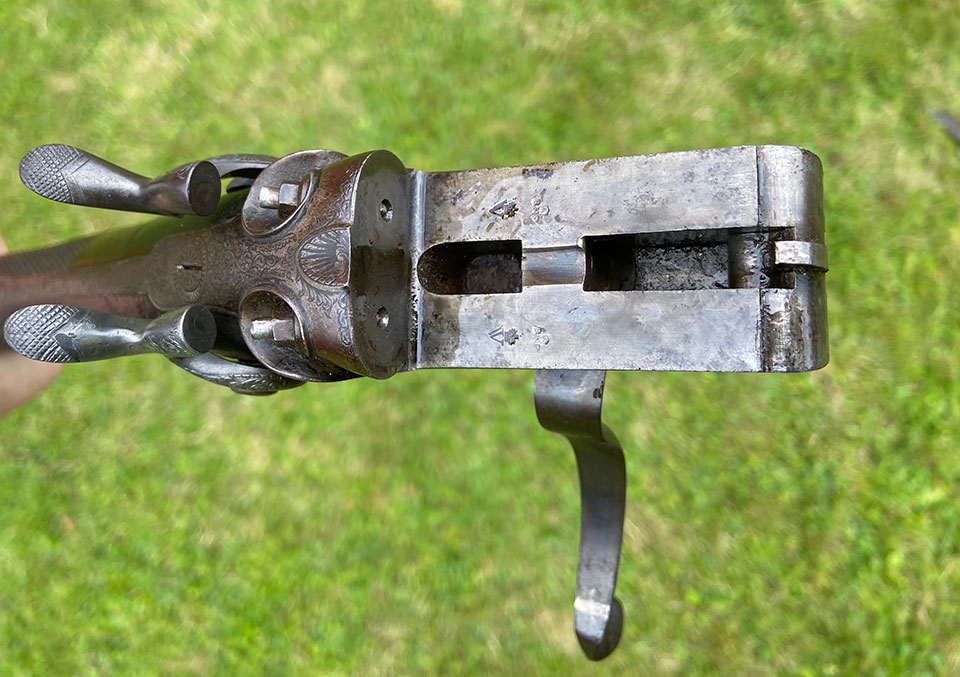 Stripping the gun, the quality and condition of the locks was proved to be remarkable, as was the inletting and the soundness of the wood under the locks. I very much doubt the gun has been apart since it was made.

The little Lang has nice lines, neat borders to the chequer and a wedge forend fastener. Barrels are blacked, but I suspected they may be Damascus. We stripped off the blacking to see how the barrels would respond to a brownings solution. However, they are steel. Another oddity. The gun appears to conform to 1870s specifications but steel barrels were not in common use for shoguns until the 1890s.

So, having got it back into service, the gun is confusing. It was not originally a .410. Now it is. It carries a maker’s name and address that appears in no records, yet is no cheap copy passing-off. What are we to make of it?

We can speculate but my approach is simply to appreciate it for what it is: a mid-Victorian small bore hammer gun of nice quality in good condition and of pleasing proportions.

My guess is that it will find a new home in America, where they appreciate these little ‘wands’ as they call them. Quail or migrating doves are the quarry of choice and a well-balanced little .410 with the ability to push 3” loads if necessary will be just the ticket for someone. Or I may just keep it! 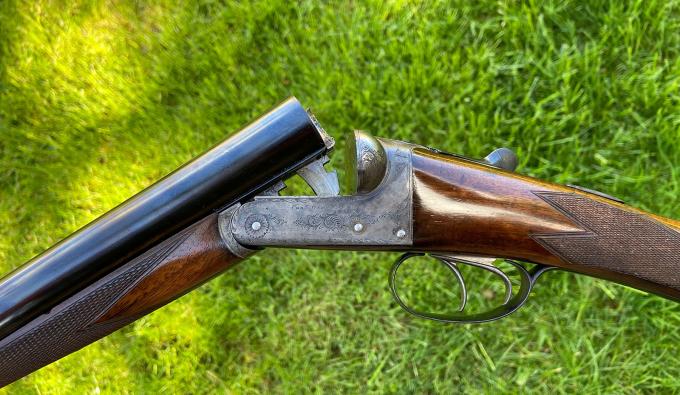 How Berettas replaced Webleys in Britain. 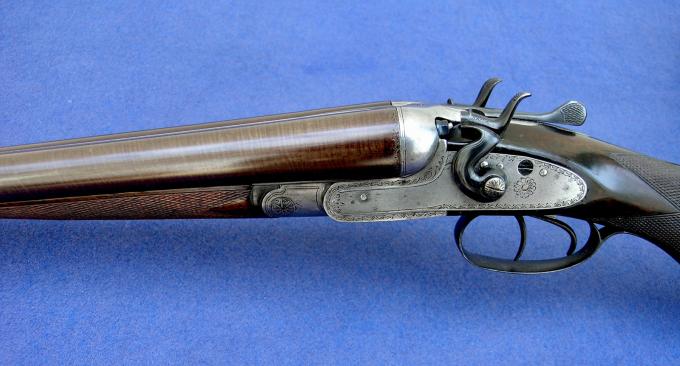