Anybody who spends enough time looking at English guns will have worked out that you can’t always buy quality by selecting a brand name. How much is a William Powell 12-bore boxlock worth? is typical of the questions I get asked and the simple answer is that I don’t know. There is no equivalent to a Glass’s Guide for victorian shotguns.

Boxlocks in particular confuse the casual buyer and collector because they were made in a bewildering number of grades and qualities. One Powell boxlock made in 1900 may be totally unlike another made in the same year. The name gives little useful indication of the quality.

Webley & Scott, for example, who supplied a large number of gunmakers with their boxlocks offered the Trade their ‘A&W’, which is an Anson & Deeley action with the Webley & Brain 1884 patent screw grip in five grades. In 1914 the cheapest was £21 and the most expensive was ‘extra best quality’ at £50, about half the retail cost of a Purdey sidelock but still a considerable sum. Webley’s own ‘best’ London pattern sidelock was £61. Their plain boxlock was £13.5.0.

These Webley guns were supplied to makers all over the country, either fully finished, partly finished or in the white. Typically appearing with names like Army & Navy, William Evans, W.R Pape and any number of others. When you look at your Powell or Pape or Armstrong or Evans boxlock today, you need to evaluate which grade it is before you can value it. The name is irrelevant.

Many London makers kept boxlocks as lower grade weapons and sold bar-action sidelocks as their best guns and back action sidelocks as their second grade guns.
So, when you buy a Purdey boxlock, you are buying a ‘D’ grade gun. If you buy Osborne’s best boxlock it is a much higher quality piece. What premium will you pay for the Purdey name? A lot. What will the Osborne name cost you? Nothing. Which is the better bargain? Join the dots!

Westley Richards offered boxlocks from Modele de Grand Luxe at over 200 guineas and plain ‘D’ grade boxlocks for £26 in the same 1912 catalogue. Again, the grade of gun will determine the value rather than the maker’s name - or it should! The trouble is that the market values some names over others, largely through ignorance. If you want to get true value, shop for quality and ignore the name.

Provincial makers and small Birmingham makers are good places to look for quality. You will have to wade through a lot of very ordinary low and mid-grade guns to find the good stuff but it is there and not many other people are looking for it because they shop by name.

Some Birmingham guns emerged from workers who may have been action filers or finishers in the Trade but occasionally put out a finished gun to order or to supplement their wages. These guns can be extremely good quality. In the provinces, occasional orders from the local gentry or industrialists induced small makers to order or finish boxlocks to very high standards.

Scottish boxlocks are very well known for their frequently exceptional quality of finish but plenty of English gunmakers, of whom most people have never heard, produced work just as good. Don’t overlook those Birmingham makers better known as mass producers of mid-quality guns either. They all produced best work when required so to do and these are the guns I now look for most actively because they are such good value. To put high-quality full coverage fine engraving on a boxlock, including the furniture, today will cost you £5,000. For less than that figure you can buy a best provincial or Birmingham boxlock with beautiful engraving, best grade wood and classy features everywhere you look; If you can find one.

So next time you are in the gun shop or auction room look closely at the ‘no name’ boxlocks and see if there is a hidden gem which is being ignored because it lacks a moniker that everyone in your office recognizes. 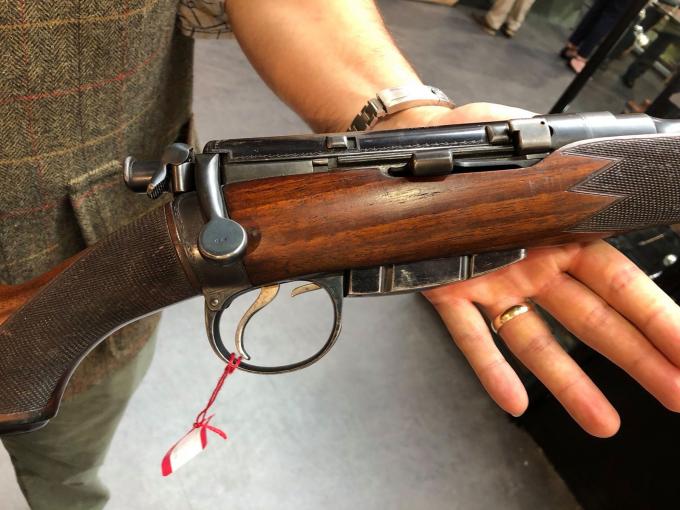 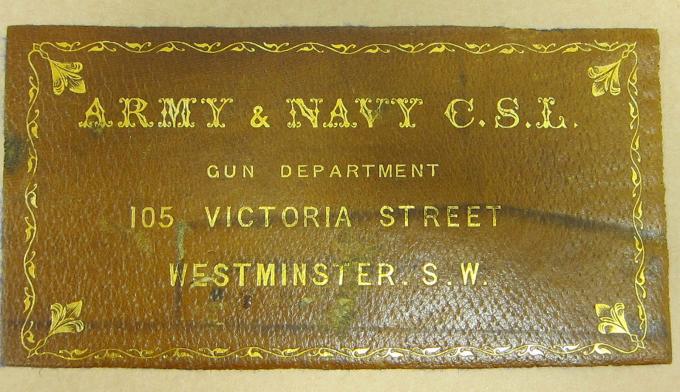