In about 1885, shortly after James Purdey & Sons moved to its current home at Audley House, the company printed a catalogue describing its products and services.

This included double rifles, which Purdey divided into two categories. The ‘Express and Extra Express’ rifle were offered in either hammer or hammerless actions, and in one of four calibres: .400; .450; .500; or .577. Given the limitations of Black Powder, these cartridges were nowhere near as powerful as their Nitro Express equivalents today, and were mainly used for deer stalking in Scotland. Alternatively, there were ‘Large Bore’ hammer rifles for larger game, which were correspondingly large and heavy, and offered in either 12-, 10-, 8-, or 4-bore. 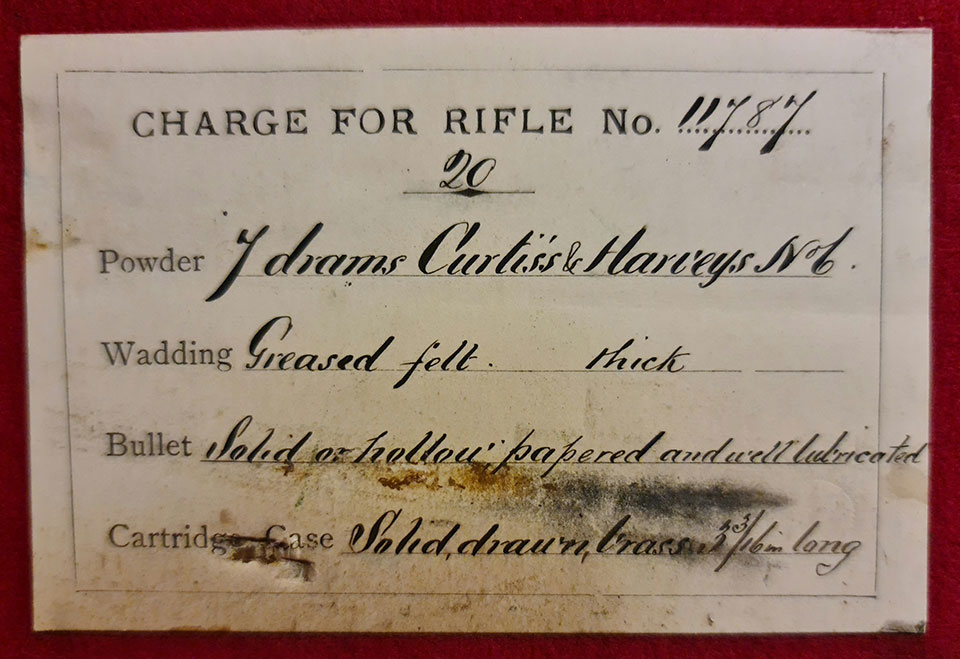 Between these two classes was the potential for a rifle and cartridge combination that could provide the stopping power of a large bore rifle, but in the weight range of an express. Purdey’s 1885 catalogue contains an announcement of just that, described as a ‘New Size Express, The Largest Ever Made’. No pricing or illustration was given, and so the only information clients received was the following brief paragraph:

NEW SIZE EXPRESS RIFLE.
James Purdey & Sons have just perfected a new size Double Rifle of terrific power for large and dangerous Game Shooting. It is of .639 bore, and shoots 7 to 8 drachms of powder and an express bullet. This is not made hammerless.

On paper at least, this new rifle and cartridge combination appears to have been a very potent combination. In practical terms, however, it does not appear to have had the success Purdey may have hoped for.

The company’s Dimension Books do not record any rifles under the title of ‘New Size Express’. It is only by looking at the regulation ledgers that it is possible to determine which would qualify, based on the load outlined above. Only seven rifles were produced fitting that description, all before 1900. These entries, combined with the connected Dimension Book records, provide a fairly complete picture of both these rifles and their ammunition.

This new cartridge was based on ‘Eley’s Straight Solid Drawn 3¼in. Brass’ case, the extra length needed to accommodate the large powder charge. The bullets were unjacketed, as with virtually all bullets of the period, and cast from lead hardened with 1/16th part of tin. These were then wrapped in paper, to reduce lead stripping in the rifling. There were initially two types of bullet: a 736 grain hollow point bullet, with a pin in the tip to aid expansion upon impact; or a 744 grain solid bullet. This load was used in five of these rifles, with 7 drams of powder. The remaining two were regulated for larger loads: one with 7½ drams and a 773 grain bullet (in a taper case, the only one noted), and the other with 8 drams and an unknown bullet weight. 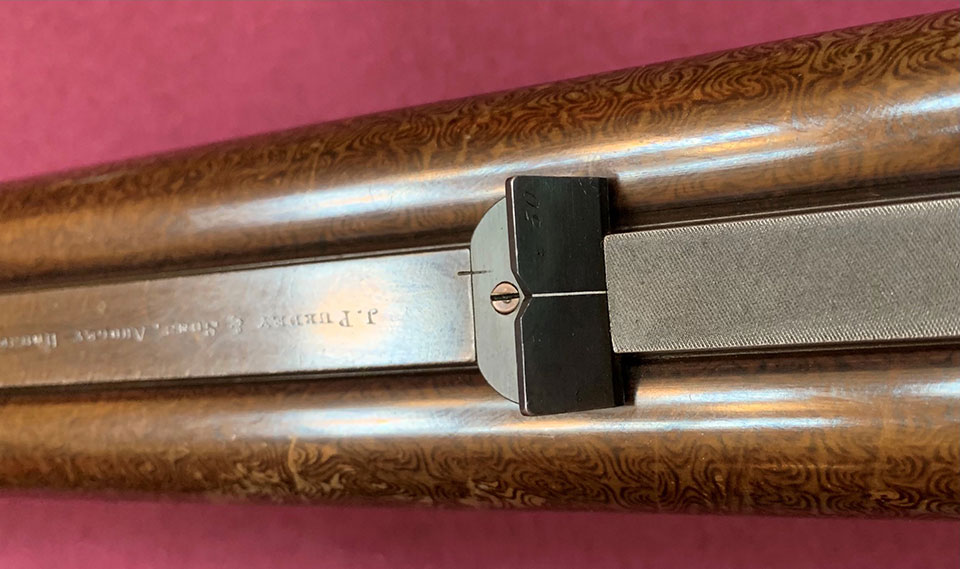 As with all Purdey firearms, the details of each rifle were dependent upon the client. The barrel lengths varied slightly, between 26½in. and 27½in. The rifling profile is only listed for the fourth rifle, describing ten-groove rifling completing half a turn over the barrel’s 26½in. length, or a twist rate of 1:53. The internal diameter at proof depth (9in. from the breech) was recorded as .642”, tapering to .638” at the muzzle. There is a final note that the rifle was ‘Proved Express’ and marked ‘G193P’. What this refers to is unclear, unless it is a loose rendering of the proof marks for a 19-bore, which is the proof diameter of the only known surviving example. This translates to a proof diameter between .626” and .637”, and was most likely the minimum bore diameter. Combined with the measurement above, this suggests a maximum groove depth of .008”.

As would befit such a powerful cartridge, the actions were suitably reinforced. All seven had solid action bars and island backlocks for maximum strength. They were built with ‘Lever Over Guard’ (Jones’ patent rotary-underlevers), with an additional third bite on the back of the rear lump, an arrangement that remained in use on Purdey’s heavy rifles in a slightly modified form up until the 1920s. The only other feature shared by all seven rifles are pistolgrip stocks, with cheek pieces and Silver’s recoil-pads.

The majority of the rifles had clip sides on the fences for additional reinforcement, and also included ‘Apted’s Patent Safety’. These were designed to prevent both barrels discharging simultaneously, and initially was only applied to the triggers, but are later listed as being fitted on either the scears or locks as well. This may have been due to the changeover to rebounding locks, which took place on the fourth rifle. All but the last rifle had bolted safeties fitted to the lockplates, designed to prevent the hammers being caught by foliage while stalking and accidentally discharging the rifle. As an additional feature, two rifles were stocked with ‘roached’ combs, which have a slightly arched profile to reduce the force of the recoil on the firer’s face.

The buyers of these rifles were a varied group. Two, Nos.’ 13,495 and 14,882, were sold to Manton & Co. in Calcutta, one of the Purdey’s main agents in India at that time and a lucrative market for the company. However, both of these appear to have been stock rifles, rather than built to order. One, No. 12,473, was sold to the young Grand Duke Alexander of Russia in 1889, who was the brother-in-law and advisor of Tsar Nicholas II. His was the only rifle to have special engraving, with stags engraved on the lockplates. The remaining four were apparently all built for British citizens.

The first of these rifles, No. 11,787, is in the Purdey Collection at Audley House. It was originally sold to John Alloa Jameson, the grandson of the founder of the Jameson whiskey company and a second cousin of Field Marshal Douglas Haig. The rifle was purchased on 14 November 1884 for £79 16s, £4 less than a hammerless Express rifle. There was then an additional £10 3s 6d for accessories, including ‘recapping & resizing apparatus’, and a further £10 10s for 500 cartridges, bringing the total to £100 9s 6d. Quite what use Jameson, who was thirty-two at that date, had for such a rifle is unclear. His account address was the family distillery on Bow Street in Dublin, but apart from his being of independent means there are very few other details recorded about his life, and whether he had been hunting overseas.

Over the next few years he appears to have drifted from rifles to shotguns, although he did buy another 500 cartridges for No. 11,787 in August 1886, at the slightly increased price of £12 19s 6d. The rifle itself is not mentioned again until November 1888, when it was cleaned, browned, regulated and had the sights reblacked for £1 3s 6d. That is the last reference to the rifle until 1936, when it was stored at Audley House along with another double rifle and a ‘service Colt’. By November 1940 Jameson was noted as having gone blind and moved to Bournemouth for his health, where he died in May 1942.

This leaves a final mystery – how did the rifle come to form part of the Purdey Collection? A pencilled note at the bottom of his final account page, stating ‘Destroy old rifles & pistol’, may suggest an answer. It seems very likely that the two rifles were recognised as being very unusual examples, even by Purdey standards, and were takn into the company collection, together with what survived of the ‘recapping & resizing apparatus’ it had been supplied with. Today it remains the only known survivor of Purdey’s attempt to produce an Express rifle to compete with the Large Bore rifles, over a decade before the introduction of smokeless powders eventually rendered them obsolete and created many of the dangerous game cartridges still in use today. 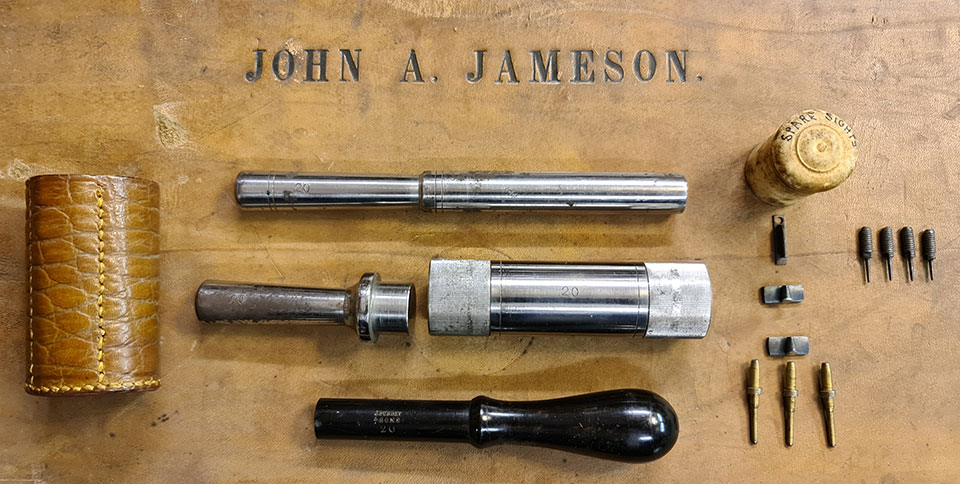 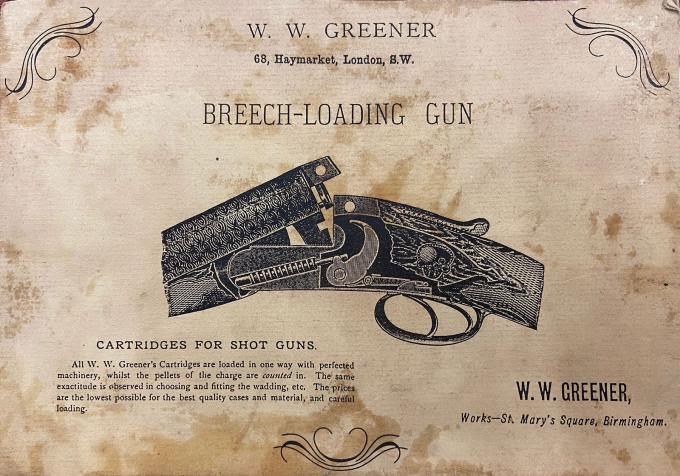 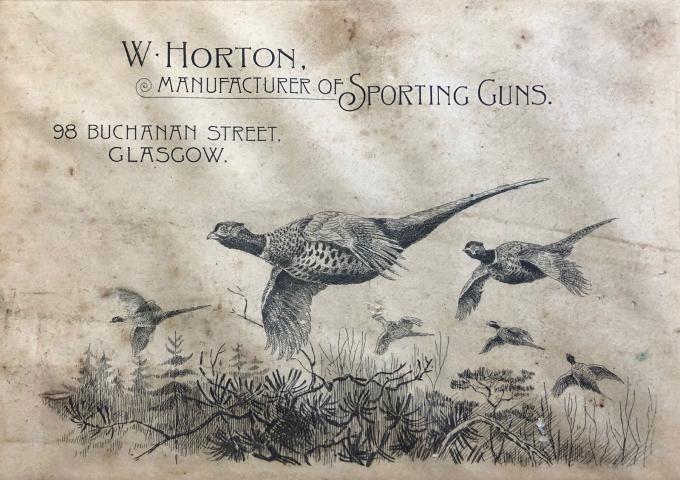 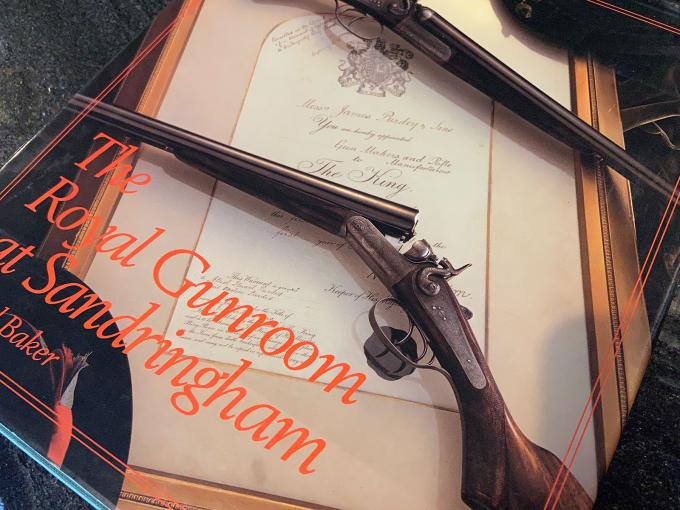