With five patents to his name, James was playing his part in the technological changes that mark the third quarter of the nineteenth century. It should perhaps not be surprising that all of this work was undertaken while the company was still at 314½ Oxford Street. James had been born in the flat above the shop, and apprenticed there under his father. As such, this was his ‘garden shed’, in some respects. His adjustable breech patent had been sealed four months after his fortieth birthday, and ten years after he had taken over the company from his father. However, he was not out of ideas, although there were only three registered over the next decade, one of which was never completed. Yet it was one of these that would again become a hallmark of his company, and survives in production to this day.

Patent No. 3118, of 28 November 1870 – Automatic Trigger Safety
In some ways, this patent represents a return to an area that his father had entered into right at the beginning of his career. In the first few years of his career, the original James Purdey had fitted a form of grip safety to his guns. Each lock had a small scear at the rear of the lockplate, which could engage with a bent on the back of the cock. A lever was fitted to the trigger-guard tang, and if this was not depressed at the moment the triggers were pulled, the scear would connect with the bent on the cock, and prevent it from striking the flint or cap. If the lever was compressed as the trigger was pulled, the scear would pivot downwards, moving it away from the cock. This patent was referenced on early Purdey trade labels, but very little is known about its origins, and the two earliest guns in the company collection both have this attachment

In 1870, his son took a different approach to the problem of preventing unintentional discharge of his guns, although in different circumstances. Although grip-safeties, similar to those used by his father over fifty years before, were also fitted to some early breech-loaders, this patent is designed to prevent the triggers being pulled when the gun was not properly closed. The design relies on a bifurcated spring, sitting on the trigger-plate and on either side of the trigger-blades. If the locking bolts were not completely forward, these springs would be depressed, causing a cross-bar to engage with a slot in the trigger, preventing it from rising. Once the bolt was fully forward, the springs would rise, allowing the trigger to operate normally. It is not clear if this was ever fitted, or whether there had been an issue with guns firing while not properly closed, but it is typical of the company’s obsession with client safety that such a refinement would be considered. As far as Crudgington and Baker were aware, this was also the only attempt made to provide such protection.

Patent No. 2952, of 3 November 1871 – Rifled Tube (Provisional Protection Only)
This is the only one of James’ patents to not progress beyond provisional protection. It was also not only innovative, but possibly exceeded the technology of his time. At the time, black powder created a massive problem for rifle makers, who struggled with ways to reduce the build-up of fouling in the barrel, as this both choked the rifling and created areas where corrosion could occur. At the same time, attempts to produce a faster bullet, with a correspondingly flatter trajectory, hit two problems. Without jacketed ammunition, which was not really seen in Britain before the late 1880s, hardened lead bullets could experience enough friction to cause it to melt, reducing the bullet’s diameter to the point where it was ‘stripping’ instead of being gripped by the rifling. This reduced both the bullet’s accuracy and velocity. The lead deposit left behind could also cause a hazardous blockage in the barrel, resulting in bulges or bursts if left unchecked.

James attempted to solve these problems in a rather radical manner. In the words of the patent, ‘…the extent of the rifling is limited to the muzzle end of the barrel.’ To achieve this, the muzzle end of the barrel was widened beyond that of the bore and threaded to receive a rifled tube of iron or steel. The interior bore of the tube was less than that of the barrel before it, and the rifling was tapered so as not to ‘…prevent an undue interruption to the flight of the bullet, and to facilitate its entering the grooves.’ As the patent was never completed, no drawings, dimensions or fuller details are provided beyond the simple, single paragraph required for the provisional protection to be submitted. As to why it was never taken to completion, the records are unclear. It may not have been considered novel enough, but it is just as likely that keeping the iron sleeve in the barrel, when it underwent the impact of the bullet firing through it, meant that it could not be successfully constructed.

What is perhaps most interesting from an historical perspective is that this patent anticipates two subsequent developments in firearms. The first is G.V. Fosbery’s rifled choke patent, no. 7568 of 1885, which was later be marketed by Holland & Holland as the ‘Paradox’ gun. This used a rifled choke in a similar manner to James’ design, but with the intention of providing a more accurate version of the ‘shot and ball’ gun and without the removable tube. The second is the tube itself which is, in essence, a distant relation of the various multi-chokes that appeared in the post-war era, and that have become virtually ubiquitous on both game and competition guns today.

Patent No. 397, of 30 January 1878 – Concealed Third-Bite
James’ last patent before the company left Oxford Street is, like his first action patent of fifteen years before, still in production today. The idea of a third locking point as reinforcement to the double bite of the Purdey bolts was not a new one, and is today exemplified in such designs as the Westley Richards doll’s head. However, such designs create a large projection at the top of the breech, as well as the corresponding slot in the breech-face to receive it, and can also present a minor impediment to loading quickly. The concealed third-bite is an attempt to circumvent these issues, providing the additional reinforcement on the face of the barrels but without the visual or practical issues that the normal third-bite might otherwise present.

In James’ design, a square stud protrudes from the face of the barrels, just above the top of the two ejectors. A recess is then cut into the breech-face of the action which contains a small bolt on a spindle, connecting it to the operation of the main bolts and that can therefore be operated by either a toplever or underlever. This provides a locking point higher up the face of the barrels that resists the rotational impulse the barrels experience when the gun is fired, which can otherwise cause the barrels to move off the face over time.

Initially this patent appears to have been used on normal game guns, and has been observed fitted to standard game guns of both the bar-in-wood and later hammerless varieties. Later it appears to have been decided that the additional reinforcement was not necessary for game guns, and so its usage was restricted to those built for heavier usage and cartridges larger than the standard 2½in. case. Today, James’ third-bite is usually only encountered on guns that also have side clips, where the outer edges of the standing breech each have a semi-circular projection that ‘clips’ around the side of the breech-ends when the barrels are closed. As such guns were often built for live pigeon shooting competitions, where competitors used 2¾in. cartridges with a 1¼oz. load of No. 6 shot, they have come to be referred to generically as ‘pigeon guns’.

In many ways, it is a testament to the simplicity and effectiveness of James’ double bite system, and its associated third-bite, that it remains in use over one hundred and forty years after the latter was introduced. By the time this last design was registered, James was two months short of his fiftieth birthday, and a prosperous and successful gunmaker. He was shortly to receive Queen Victoria’s Royal Warrant, and it was also that same year that he began the search for new premises which would result in the construction of Audley House. He had also recently taken two of his sons into the business, creating ‘James Purdey & Sons’ in December 1877. Although he continued to be extremely active in his company and the wider gun trade, he passed the torch of innovation to other men. James does appear to have had one last attempt at a patent in 1894 - No. 22,618 - but this is listed as ‘Abandoned/Void’, leaving no details of what that final design might have been.

James’ experience was far from wasted though, as he was able to evaluate those inventions that were offered to him, normally by either former or current employees. This not only led to the purchase of Beesley’s action design, but also of designs for ejectors and the first Purdey single trigger. These kept the company relevant in the highly competitive market of the late nineteenth century, and ensured its reputation was just as strong when James finally died in 1909 as it had been when he had taken on his father’s company fifty-one years before. 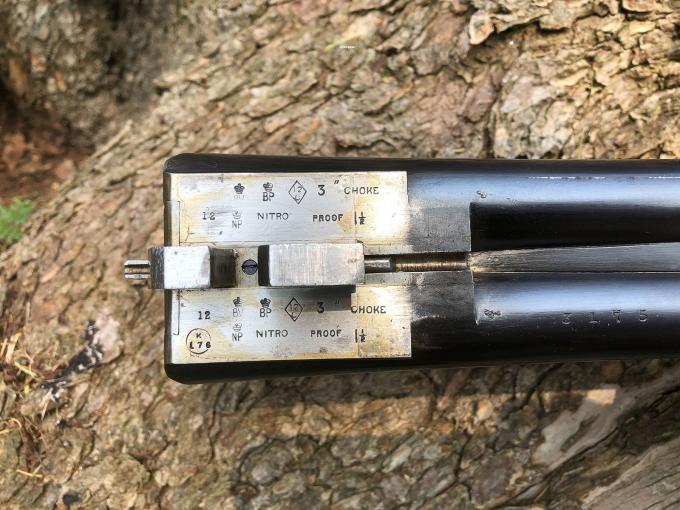 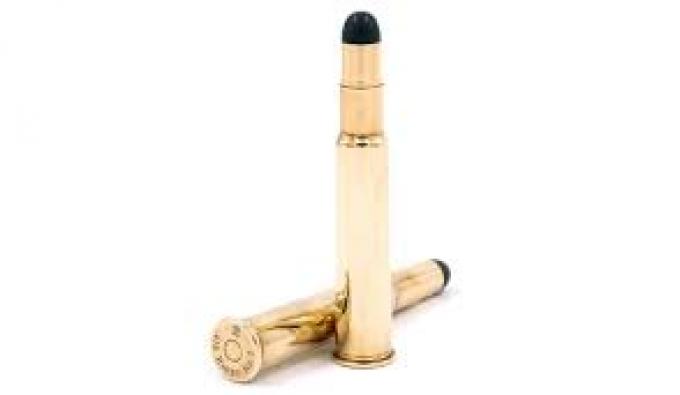 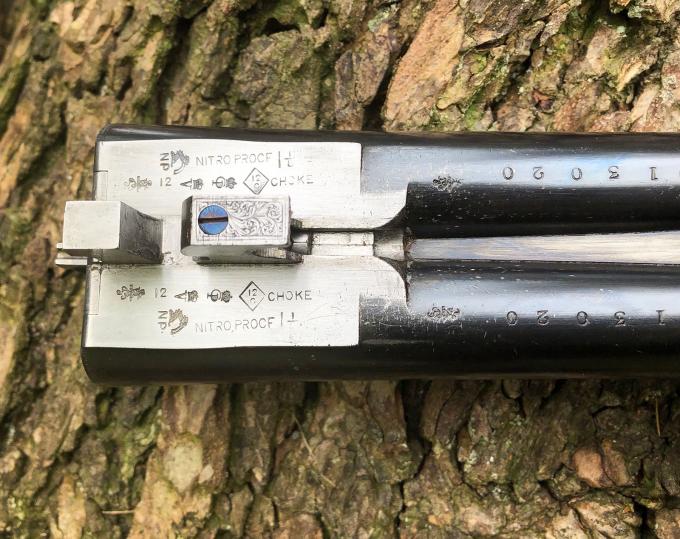 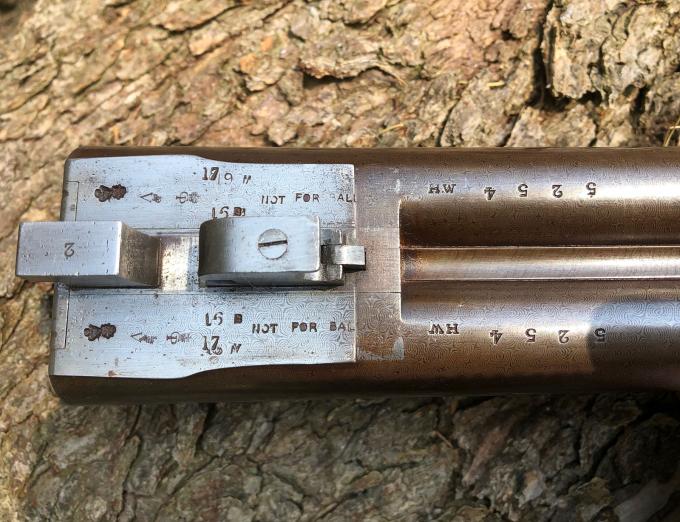